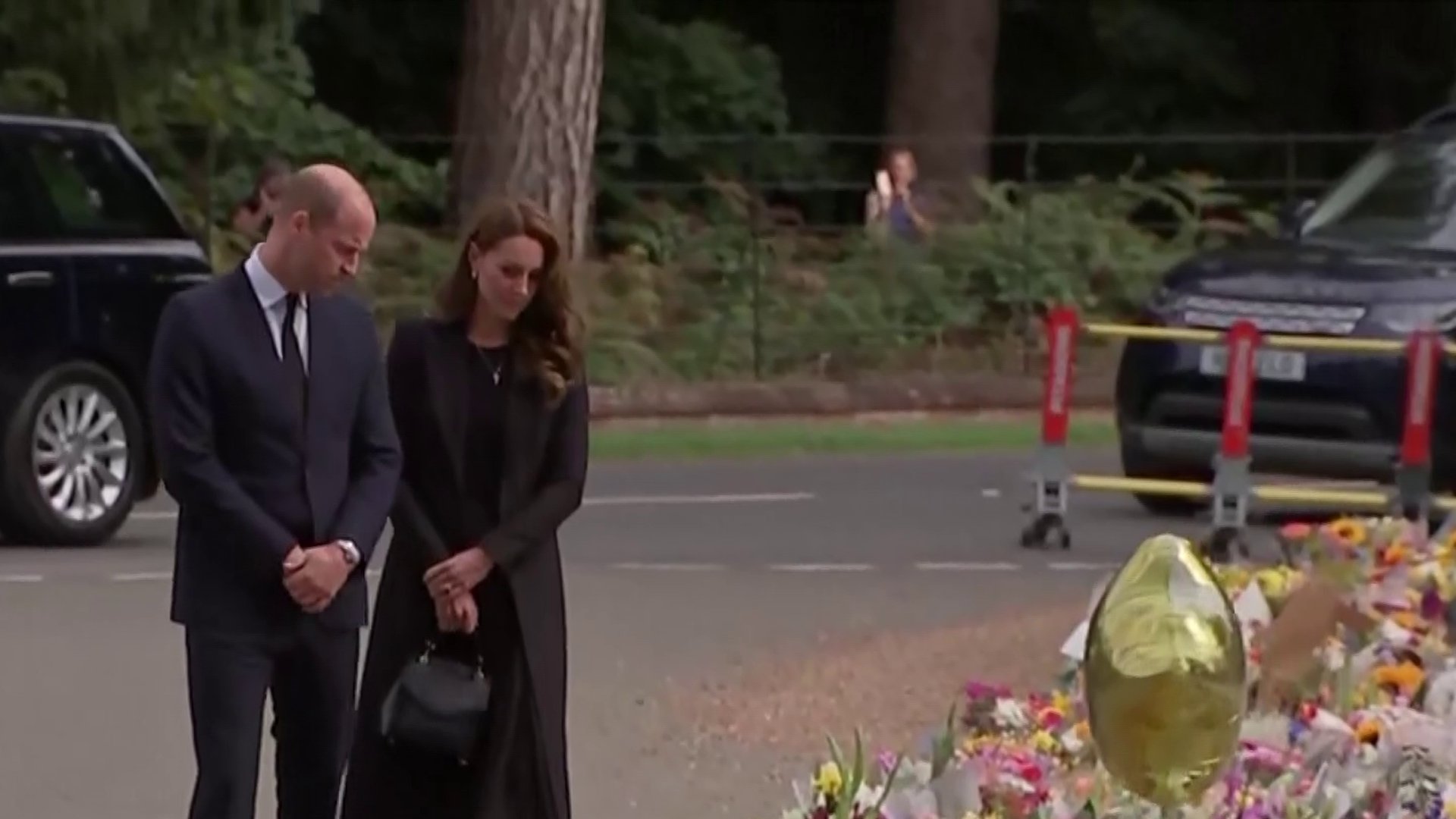 Hundreds of people lined the road into the historic Norfolk estate to see them undertake their first solo engagement as Prince and Princess of Wales.

Shortly after arriving, the couple began reading cards among the sea of colourful bouquets left in memory of the Queen.

The tributes began building up at the Norwich Gates into the estate just minutes after the monarch’s death was announced.

The Waleses, who were granted their new titles by King Charles on Friday, have used the estate as their countryside ‘bolthole’ for more than a decade.

Anmer Hall, a 10-bed 18th-century mansion on the grounds, was gifted to them by Elizabeth II after their wedding in 2011.

The few glimpses into the family’s home life over the years has come via photos and video clips filmed in and around the manor and uploaded onto their official social media profiles.