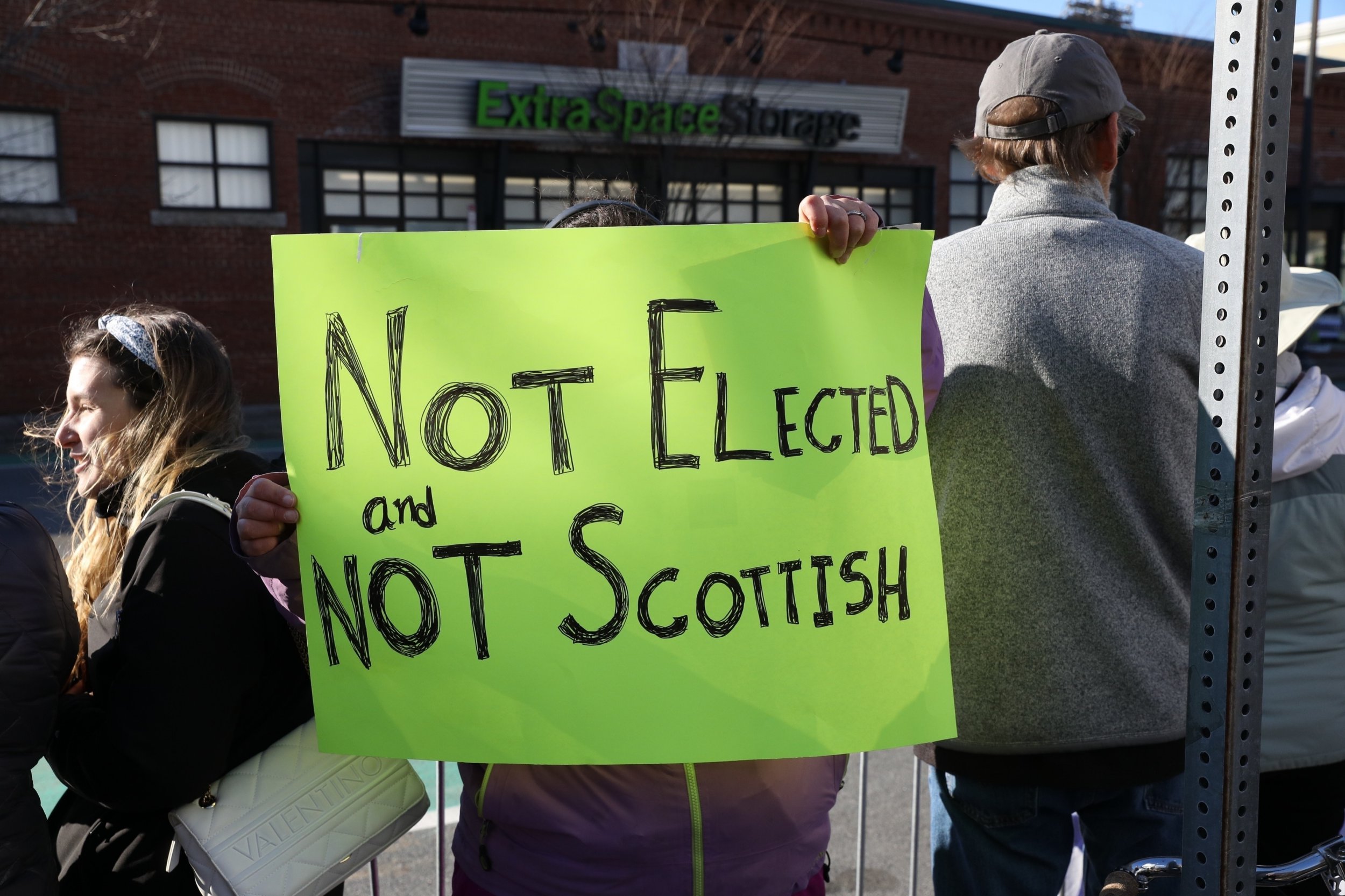 Prince William and Kate Middleton faced protestors heckling them for ‘not being elected’ during their tour of Boston.

People held up signs which read ‘not elected and not Scottish’ and ‘f**k the monarchy’ when the Prince and Princess of Wales arrived at the Greentown Labs in Somerville, Massachusetts, today.

But the couple, who are in the US for three days to stage the Earthshot Prize tomorrow, were mostly greeted with smiles and friendly posters.

One read ‘Prince and Princess, welcome to New England’ while a little boy even dressed up as a familiar Buckingham Palace guardsman.

William and Kate were on their way to meet budding environmental tech entrepreneurs working for Greentown Labs.

The couple was also booed at a basketball game yesterday, while they were watching the Boston Celtics play Miami Heat.

After they stood for the national anthem, a stadium announcer introduced them on the big screen only for them to be met with small pockets of boos around the arena.

Other fans in the crowd could be heard loudly cheering ‘USA, USA’.

Their trip started out overshadowed by the growing race row engulfing the future King’s godmother, which has left the monarchy accused of being institutionally racist.

Lady Susan Hussey has resigned from her role in the royal household and apologised after she repeatedly questioned Ngozi Fulani, a prominent black British-born domestic abuse charity boss, about where she ‘really came from’.

Their tour was even further dwarfed by the surprise release of a trailer for Harry and Meghan’s Netflix docu-series.

The one-minute clip featured never-before-seen private photographs of the couple.

In one section of the footage, Meghan appears to be wiping away tears while Harry sits and tilts his head right back in distress.

A Kensington Palace spokesman has reiterated comments made ahead of the trip – that Will and Kate would not be ‘distracted’ by anything else this week.

Emily Nash, royal editor for Hello Magazine has said she thinks the Prince and Princess of Wales will be ‘disappointed’ the attention is not on their trip to the states.

She said: ‘I think that everyone in the Prince Princess of Wales’ team is just very keen to keep the focus on Earthshot. That’s the whole reason they’re here and this is something they’ve been building up to for 18 months.

‘So they’re going to be very disappointed that the attention is going elsewhere at the moment and I’m sure that there are going to be concerns about what’s to come in this documentary.’

‘But I expect it to be business as usual. They are just going to get on with it, get their heads down and do the engagements they’ve committed to today. I wouldn’t expect to see any comment.

‘It’s incredibly difficult. You know, they’re senior members of the royal family, they are known for not commenting on the things that come out in the media.’