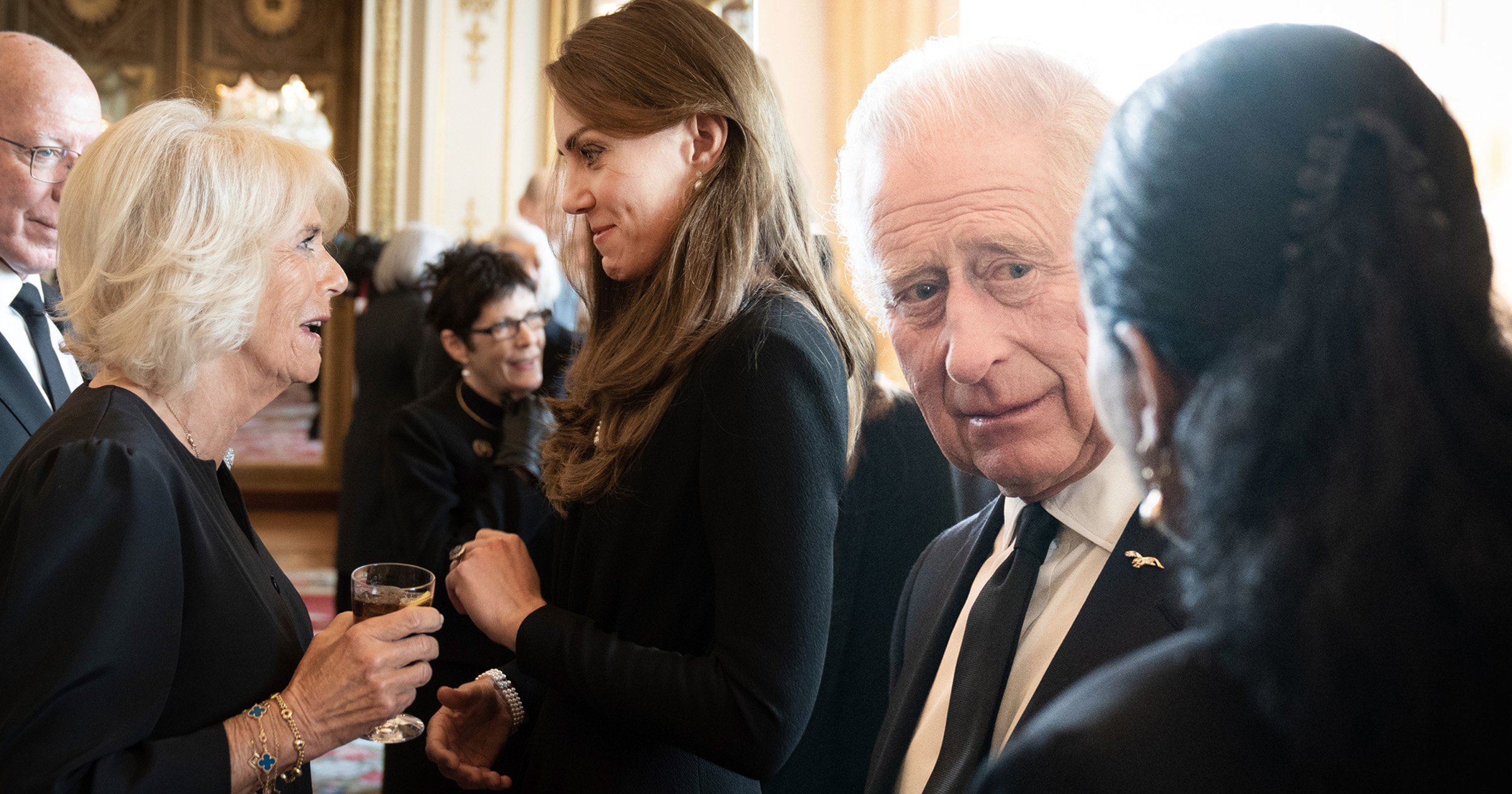 William and Kate joined King Charles and Camilla for lunch with leaders from all over the Commonwealth at Buckingham Palace.

The Prince and Princess of Wales were joined by his father and the Queen Consort before they will greet 500 world leaders tomorrow.

Ahead of the Queen’s state funeral on Monday, royals, world leaders and presidents will gather at the Palace in what has been called the ‘reception of the century’.

The princess, who wore her hair down, was seen smiling at the Queen Consort, who was holding a drink with a slice of lemon in it, as the pair chatted.

Kate spoke with dignitaries from the 14 other countries that have our monarch as head of state.

At one stage, Kate, who was wearing a long three-strand pearl necklace, placed her hand on the arm of Saint Lucia governor-general Cyril Errol Melchiades Charles as they spoke.

The princess also stood next to the King as he spoke to the dignitaries, with William also mingling in the busy room.

The governors-general of Antigua and Barbuda, Australia, the Bahamas, Belize, Canada, Grenada, New Zealand, Papua New Guinea, Saint Lucia, Saint Vincent and the Grenadines, the Solomon Islands and Tuvalu were among those present.

Princess Anne and the Earl of Wessex also attended this afternoon’s lunch for the governors-general of the Commonwealth nations at Buckingham Palace.

Earlier in the day King Charles and Prince William surprised royal fans in the queue to see the Queen lying in state.

The new monarch was joined by the Prince of Wales at Lambeth Bridge, in south London, where thousands of people from all corners of the country are in line to pay their last respects to Her Majesty.

He spoke to staff at Lambeth police headquarters and met those involved in the security planning of events during the mourning period.