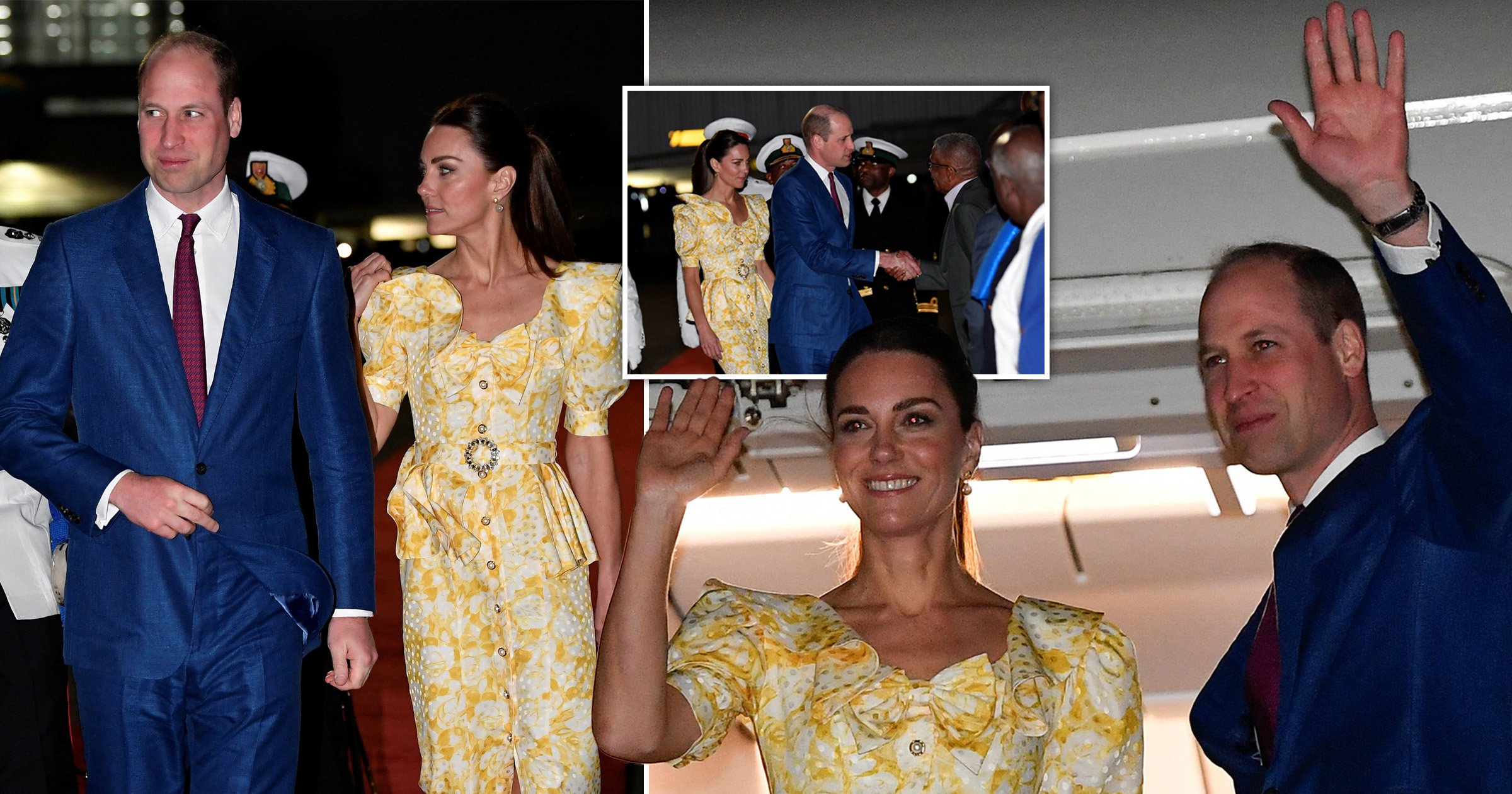 The Duke and Duchess of Cambridge waved goodbye from the steps of their plane at the Lynden Pindling International Airport in the Bahamas last night.

A departure ceremony was held after they spent their last day at a children’s home before meeting one of William’s Earthshot Prize winners.

A bid had been made to strengthen the Royal Family’s ties with the Commonwealth as the couple travelled toBelize, Jamaica and the Bahamas to mark the Queen’s Platinum Jubilee.

Despite the smiling photos, critics have slammed the trip as ‘tone deaf’, claiming it has shone a light on the outdated monarchy.

Positive moments on the tour were overshadowed as protesters accused the couple of benefitting from the ‘blood, tears and sweat’ of slaves.

Images of the couple riding in the back of an open-top Land Rover during a military parade in Jamaica were denounced as harking back to colonial days.

Some described it as a ‘PR disaster’ as other pictures showed the Cambridges shaking hands with Kingston locals behind a wire mesh fence.

Meanwhile, the duo was forced to cancel a trip to a Belize village as locals said they were not welcome amid anger over the lack of consultation about a helicopter landing on a local football field.

The duke has been forced to admit he may never succeed the Queen as Head of the Commonwealth after being criticised for failing to apologise for the Royal Family’s role in the slave trade on the tour.

He described it as an ‘appalling atrocity’ that ‘stains our history’ during a speech at a lavish dinner hosted by the Governor General of Jamaica – but stopped short of saying sorry.

In a statement reflecting on the end of the trip on Saturday, William acknowledged the monarchy’s days in theCaribbean may be numbered.

‘I know that this tour has brought into even sharper focus questions about the past and the future. In Belize, Jamaica and The Bahamas, that future is for the people to decide upon’, he said.

‘But we have thoroughly enjoyed spending time with communities in all three countries, understanding more about the issues that matter most to them.

‘Catherine and I are committed to service. For us that’s not telling people what to do.

‘It is about serving and supporting them in whatever way they think best, by using the platform we are lucky to have.’