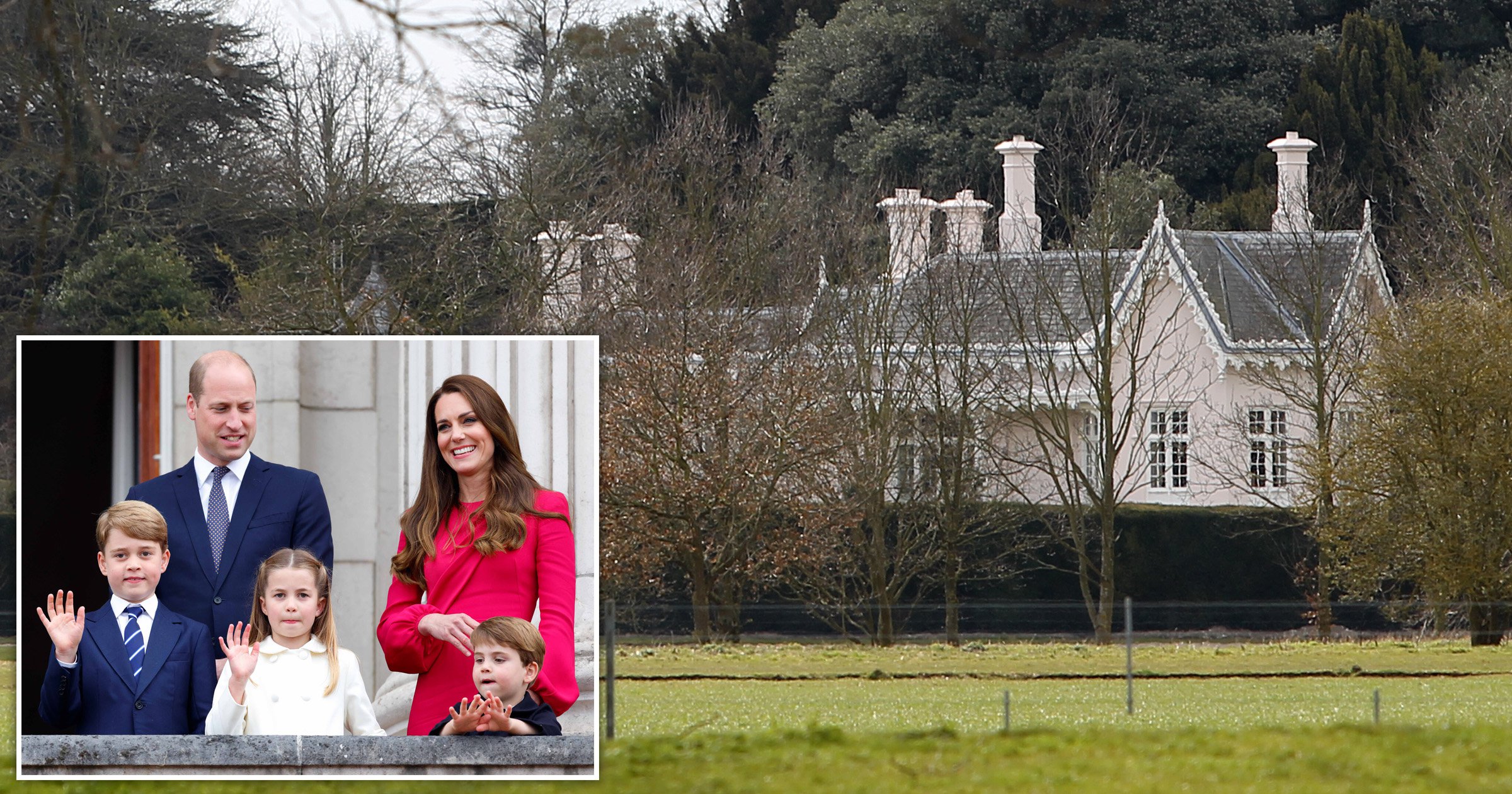 The Cambridges’ move to a four-bedroom home means ‘not having a live-in nanny for the first time in their children’s lives’.

Prince William and Kate are believed to be moving this summer from Kensington, west London to Adelaide Cottage, Windsor, to be closer to the Queen.

Their children Prince George, nine, Princess Charlotte, seven and Prince Louis, four, have been used to having their nanny on hand their whole lives.

But now Maria Borrallo will have to live somewhere else as they move into a more ‘modest’ home for their new lives .

The family’s ‘Spanish supernanny’ trained at Norland College, Bath, which is famous for producing some of the world’s best nannies.

She’ll still be kept on, but will have to move along with a number of other live-in members of staff including a housekeeper and chef, the Telegraph reports.

Kensington Palace has been the Cambridges’ main residence since 2017, having moved from their country home in Anmer Hall, Norfolk.

They’ll keep hold of both properties after the move to their Grade II listed Berkshire home – which sits on the Royal Windsor estate.

A royal source told the Sun: ‘Kate and William were very keen for a modest home to start their new lives in Windsor.

‘Adelaide Cottage fits the bill because it is a four-bedroom home and they do not need any more as they have no live-in staff.

‘They had no other demands than a pleasant family home close to schools and the Queen.

‘They were adamant they didn’t want anything too showy or anything that needed renovating or extra security so as not to be a burden on the taxpayer.’

Charlotte and George will be pulled out of their current prep school in Battersea, south London, for the move.

It is expected that they will be joined by Louis as they start at the same school together in Berkshire.

Once the children are done with their school years, one family friend said William and Kate plan to live in Anmer Hall on a more permanent basis, describing it as their ‘happy place’.