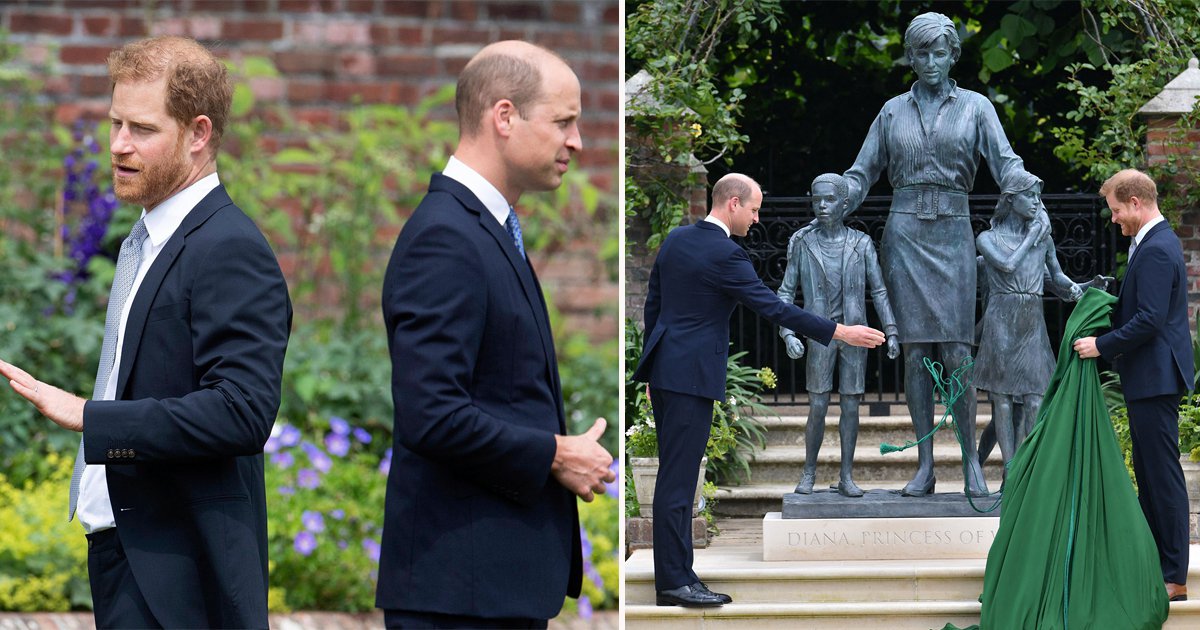 Prince Harry’s car was seen at Heathrow Airport on Friday evening as the duke began his journey back to the US to be with Meghan and his children.

Questions remain over his relationship with his family as he departs, with some sources claiming brother Prince William will find it ‘impossible to trust him again.’

A convoy of vehicles including a police escort were seen leaving Frogmore Cottage in Windsor, where Harry has been staying, and arriving at Terminal Five a short while later.

Harry has been in the UK a week and attended the unveiling of a statue of his mother Diana with William on Thursday.

He also surprised children at a WellChild charity awards event on Wednesday, where he spoke about his new baby Lilibet.

The brothers put their differences aside on what would have been their mum’s 60th birthday.

They seemed in good spirits as they pulled a green curtain off the new statue of the Princess of Wales which has been erected in Kensington Palace gardens.

William had barely spoken to his brother after Harry made damaging accusations about the royals in the US media.

Harry and Meghan have used various platforms to speak out about how they felt they were mistreated during their time as senior members of the family.

While the event had appeared to have gone some way to repairing relations between the two, sources claim ‘it’s almost impossible’ for William to trust Harry.

Another insider told the Mirror: ‘Despite William and Harry coming together this week for the sole cause of commemorating their mother’s legacy, Harry is very much on the outside.

‘They put on a show, did what they had to do to make sure the day went without a hitch and said goodbye.

‘It was nothing more, there was nothing to discuss. Things are still far too raw for William and other members of the family to entertain Harry, so it’s best to let things lie for the moment.’

Harry arrived in the UK last Friday on just his second trip since leaving the country.

He had to self-isolate for five days under Covid rules before taking a test to prove he didn’t have the virus.

It means he’s been away from Meghan, Lili and son Archie for a week, and was anxious to return given his new daughter is only a month old.

None of his family have had the chance to meet the new baby and they’ve only been able to see Archie in person a handful of times due to restrictions in place over the last 18 months.