Prince William invited Harry and Meghan to join him and Kate, the Princess of Wales, for a walkabout among the crowds outside Windsor Castle. The olive branch from William means “the ball is now firmly in the court of the Sussexes”, according to GB News host Dan Wootton. The four royals spent around 40 minutes outside Windsor Castle looking at the floral tributes to the late monarch, Queen Elizabeth II.

They also spent time meeting dozens of well-wishers who had gathered outside Windsor’s gates.

William, Harry, Kate, and Meghan were each handed several bouquets of flowers and other gifts from people wishing to pay their respects to the Queen.

However, The Times reported that the show of unity required “extended negotiations behind the scenes beforehand” which delayed their arrival for the walkabout by 45 minutes.

A spokesperson for William told The Times: “The Prince of Wales thought it was an important show of unity at an incredibly difficult time for the family.”

JUST IN: Doctor highlights sign that Queen’s death was near during engagement 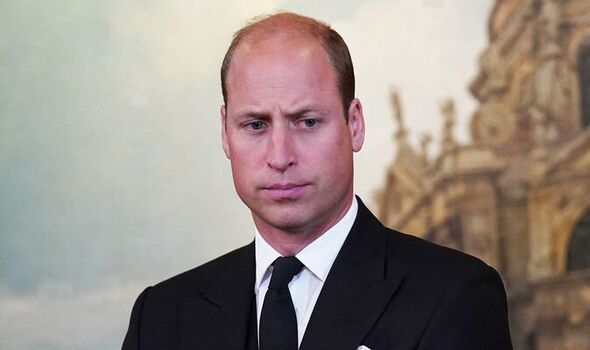 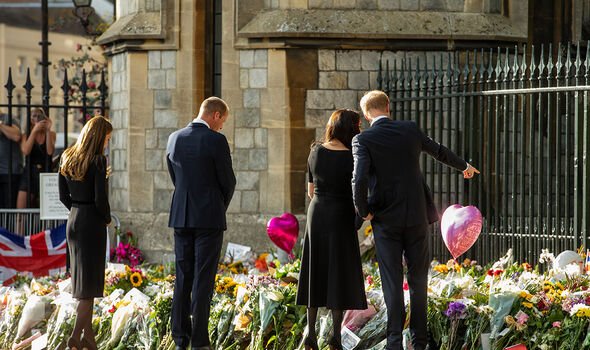 Mr Wootton remarked that the gesture showed why William “will one day be a great King”.

The GB News host said: “It was quite a moment. But of course, it doesn’t change the fundamentals.

“Harry is still intending to release his memoir that could include criticism of the new King.”

“But, what today’s act of kindness from William shows is that this new reign will not engage in a tit-for-tat with the Sussexes. 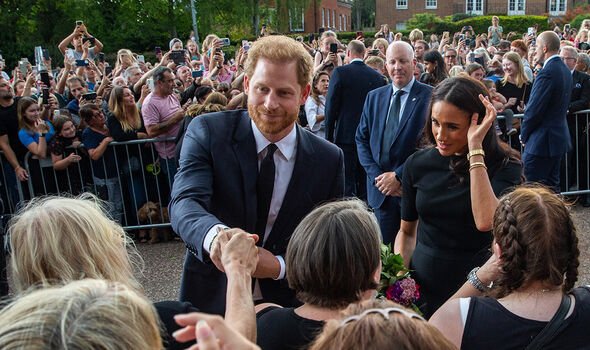 “The ball is now firmly in the court of the Sussexes, as William waits to see if they will put the Royal Family above their personal vendettas after his olive branch.”

ITV’s Royal Editor Chris Ship echoed the point that the surprise walkabout did not mean Harry and William’s rift was mended.

He said: “This was a last-minute decision taken by the new Prince of Wales on Saturday afternoon. He did it for his grandmother and for his father.” 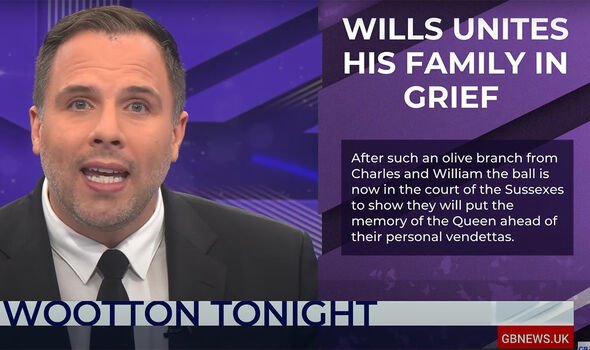 Mr Ship continued: “At a moment of great uncertainty for the country, William knows the strength of his father’s fledgling reign will be greatly helped by the images of the two couples meeting the crowds of mourners.

“But, and this is a big but, this is not the two brothers embarking on some sudden path to reconciliation.

“It was, I hear, very difficult for both William and Harry to bury their differences and step out in public together in this way.”

The walkabout was the first time the two couples publicly appeared together since Commonwealth Day on March 9 in 2020.