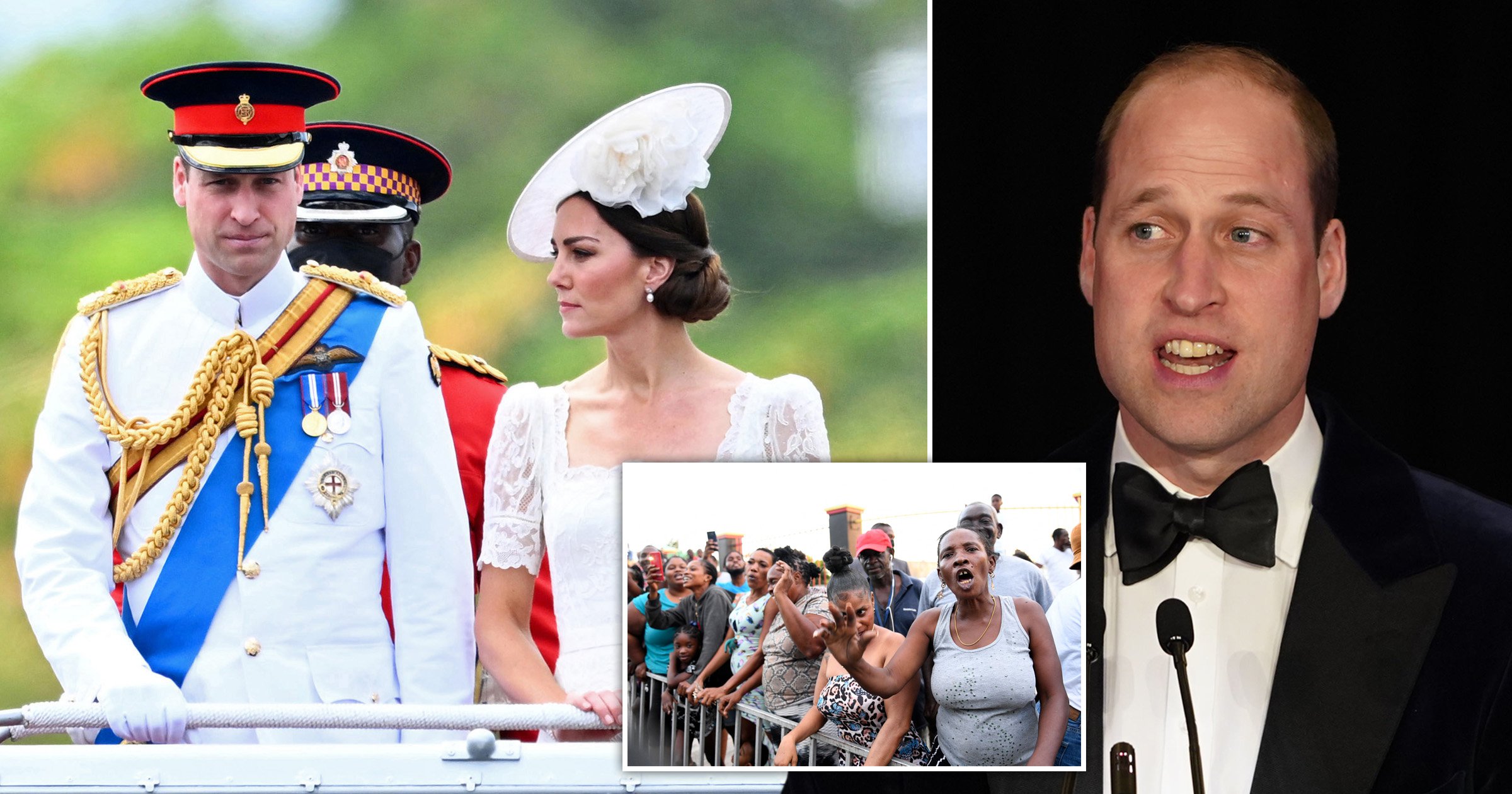 The Duke of Cambridge has suggested any decision by Caribbean countries to break away from the British monarchy will be supported with ‘pride and respect’.

Prince William and Kate Middleton have visited Belize, Jamaica and the Bahamas as part of an eight-day Platinum Jubilee tour.

They’ve put on brave faces, but the trip has become the focus of protests over the UK’s colonial legacy and demands for slavery reparations.

Their tour has also widely been seen as an attempt to dissuade Commonwealth nations from following in the footsteps of Barbados by becoming republics.

Speaking last night in the Bahamas as they neared the end of their trip, William told guests, including prime minister Philip Davis, that whatever the future holds the bonds between the UK and the Caribbean’s nations will ‘endure’.

The future king said: ‘Next year, I know you are all looking forward to celebrating fifty years of independence – your Golden Anniversary.

Barbados took the historic move of replacing the Queen as head of state in November, and elected its first president during a ceremony witnessed by the Prince of Wales.

William’s comments are likely to be interpreted as an acknowledgement of forces already in motion, as Jamaica’s prime minister Andrew Holness suggested to the couple his country may be the next to become a republic.

He told the Cambridges, when he welcomed them to Kingston on Wednesday, Jamaica was ‘moving on’ and intended to ‘fulfil our true ambitions and destiny as an independent, developed, prosperous country’.

A few days after the royals left Belize, prime minister Johnny Briceno’s government indicated the People’s Constitutional Commission, a new body, will be consulting across the country on the issue of the continuing decolonisation process.

‘Perhaps it is time for Belize to take the next step in truly owning our independence. But it is a matter that the people of Belize must decide on.’