Prince William 'should make room for US events' says expert

He and wife Kate met members of a youth project who completed their Duke of Edinburgh Award. Evan Jones, 18, and Lee Middleton, 23, both earned their gold award on the scheme set up by Prince Philip in 1956. William, 38, spoke touchingly about Philip, saying: “Do you know he was my grandfather?

“Sadly he died a few weeks ago. He would have been so pleased that you got your awards.”

Evan and Lee had William in stitches as they told him about activities they had taken part in, including a five-day sailing trip that left Evan seasick.

Kate, 39, who wore a Barbour navy blue puffer jacket and See by Chloe boots, spoke to others about her own experience of the Duke of Edinburgh’s award. She laughed: “I remember trying to cook bacon on a cold, wet stove. It was very bad.” 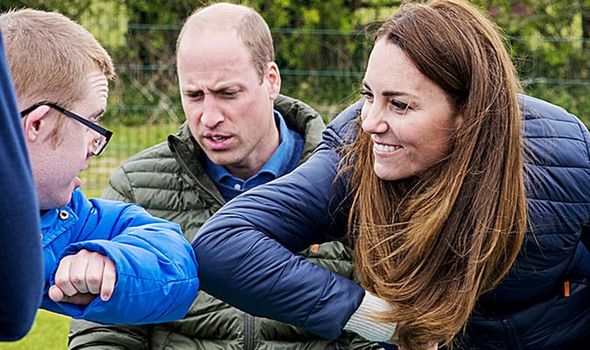 The royal couple – who celebrate their 10th wedding anniversary tomorrow – were visiting The Cheesy Waffles Project, which provides skills and independence that young people with learning disabilities need for adulthood.

They heard how it has worked with The Key – one of 26 charities chosen to receive a share of the Royal Wedding Charitable Gift Fund in 2011.

More than £1 million was donated by well-wishers in lieu of gifts for the couple. 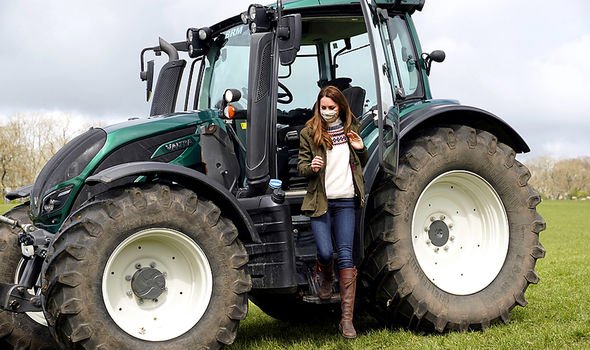 Later they resumed their long-standing sporting rivalry with some golf. William launched the ball into the back of a net to applause from his hosts. To his delight, Kate missed her first attempt but tried again with more success.

The couple earlier took turns getting behind the wheel of a hi-tech tractor at an eco-friendly farm near Darlington.

Farmer Stewart Chapman, 51, said: “They both wanted a go and didn’t need any persuasion. Once they got used to it, it was fine. Both were very keen, very knowledgeable.”