LONDON (Reuters) – Boris Johnson kicked off his campaign to succeed Prime Minister Theresa May on Wednesday with a commitment to lead Britain out of the European Union on October 31, warning his divided Conservative Party “delay means defeat”. 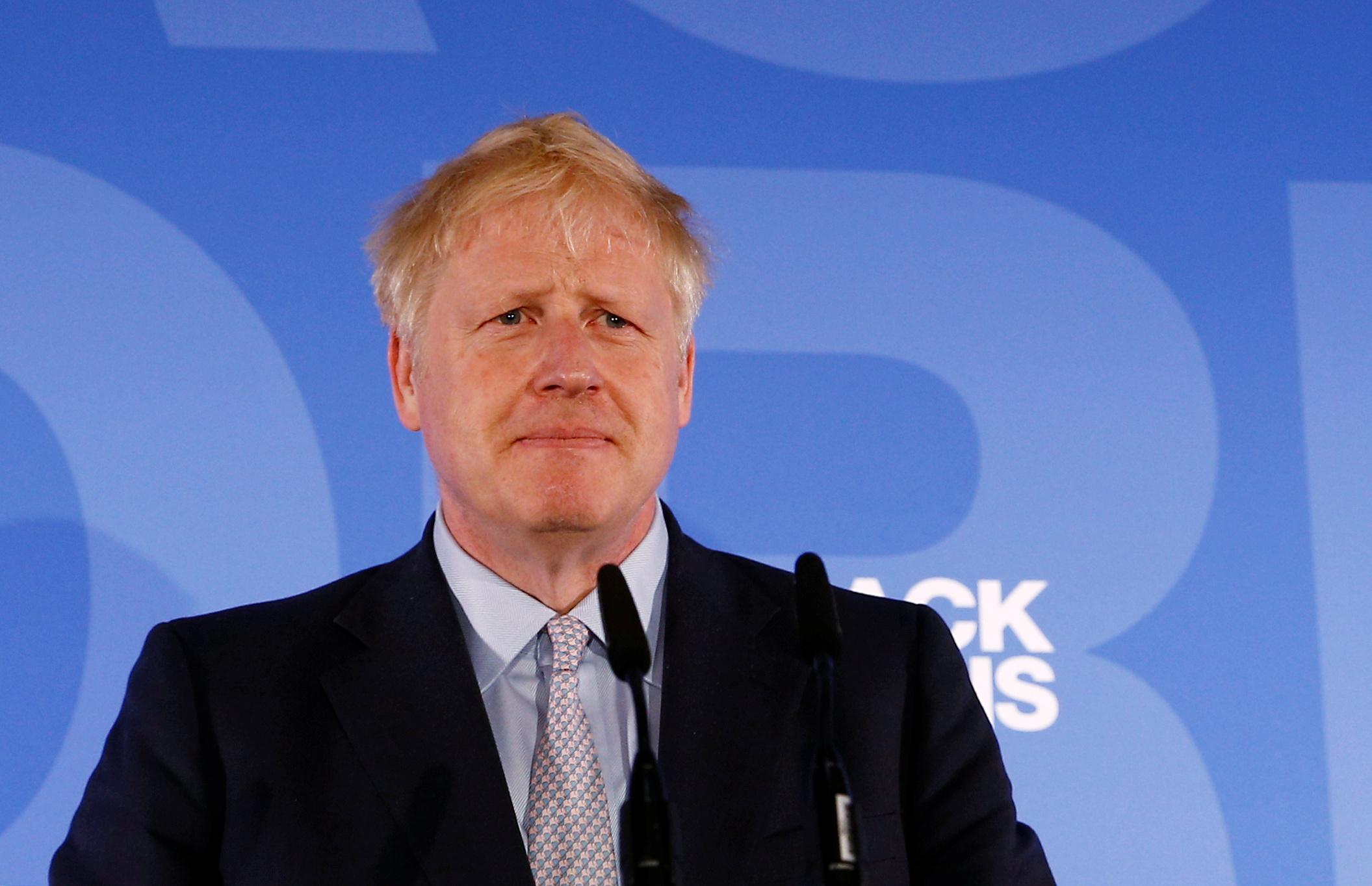 Johnson, 54, favourite for the top job nearly three years since he led the referendum campaign to leave the EU, praised the strength of the British economy and promised to tackle widespread disillusionment over the protracted Brexit process.

To a packed room where some supportive lawmakers were forced to stand, Johnson drew on his past as a former London mayor to try to persuade Conservatives that only he could take the party to election victory, explaining away some of his well-documented gaffes as his desire to “speak as directly as I can”.

“After three years and two missed deadlines, we must leave the EU on October 31,” he said as a heckler repeatedly yelled “Bollocks to Boris” from outside the Royal Academy of Engineering, just off The Mall in central London.

“I am not aiming for a no-deal outcome,” said Johnson, a 54-year-old former foreign minister.

“I don’t think that we will end up with any such thing, but it is only responsible to prepare vigorously and seriously for no-deal. Indeed it is astonishing that anyone could suggest dispensing with that vital tool in the negotiation.”

Johnson is one of 10 contenders to replace May, whose premiership crumbled after she repeatedly failed to convince parliament to ratify the divorce deal she negotiated in November with the EU.

After Johnson was widely praised by supporters, one rival, Rory Stewart, said Johnson could be his own worst enemy during a campaign that will run until late July. “On reflection I am beginning to think there are only two candidates who can beat Boris – me, and Boris himself,” he said on Twitter.

Johnson, whose unconventional style has helped him shrug off a series of scandals in the past, has won over much of his party by arguing that only he can rescue the Conservatives by delivering Brexit.

For many, the contest for prime minister is his to lose – he has the most declared Conservative supporters in parliament and is widely popular among the party’s members, the people who will ultimately choose May’s successor.

In a room full of Conservatives loyal to his campaign who groaned when journalists brought up lists of past indiscretions, including a report he had taken cocaine, Johnson repeatedly sidestepped questions, using his trademark colourful metaphors and language to change the subject.

Asked if he could be trusted, Johnson said he could.

On drugs, which has become a campaign issue after rival, Michael Gove was forced to admit he had taken cocaine 20 years ago when he was a journalist, Johnson said:

“I think what most people want us to focus on in this campaign, if I may say so, is what we can do for them and what our plans are for this great country of ours.”

As in the 2016 referendum on EU membership, Johnson’s message is clear: any more Brexit delays and the Conservative Party risks opening the door to a government led by opposition Labour leader and veteran socialist Jeremy Corbyn.

“We will simply not get a result if we give the impression that we want to go on kicking the can down the road and yet more delay,” Johnson said. “Delay means defeat, delay means ruin.”

“Around the country there is a feeling of disillusion and even despair at our ability to get things done. The longer it goes on, the worse the risk that there will be serious contamination and a real loss of confidence.”

The United Kingdom could be heading towards a constitutional crisis over Brexit as many of the candidates vying to succeed May are prepared to leave the EU on Oct. 31 without a deal but parliament has indicated it will try to thwart such a scenario, concerned about the potential economic and other disruptions.

The EU has also refused to renegotiate the Withdrawal Agreement reached with May last November, and Ireland has indicated it is not willing to change the Irish border “backstop” that upset the Northern Irish party which props up May’s minority government. 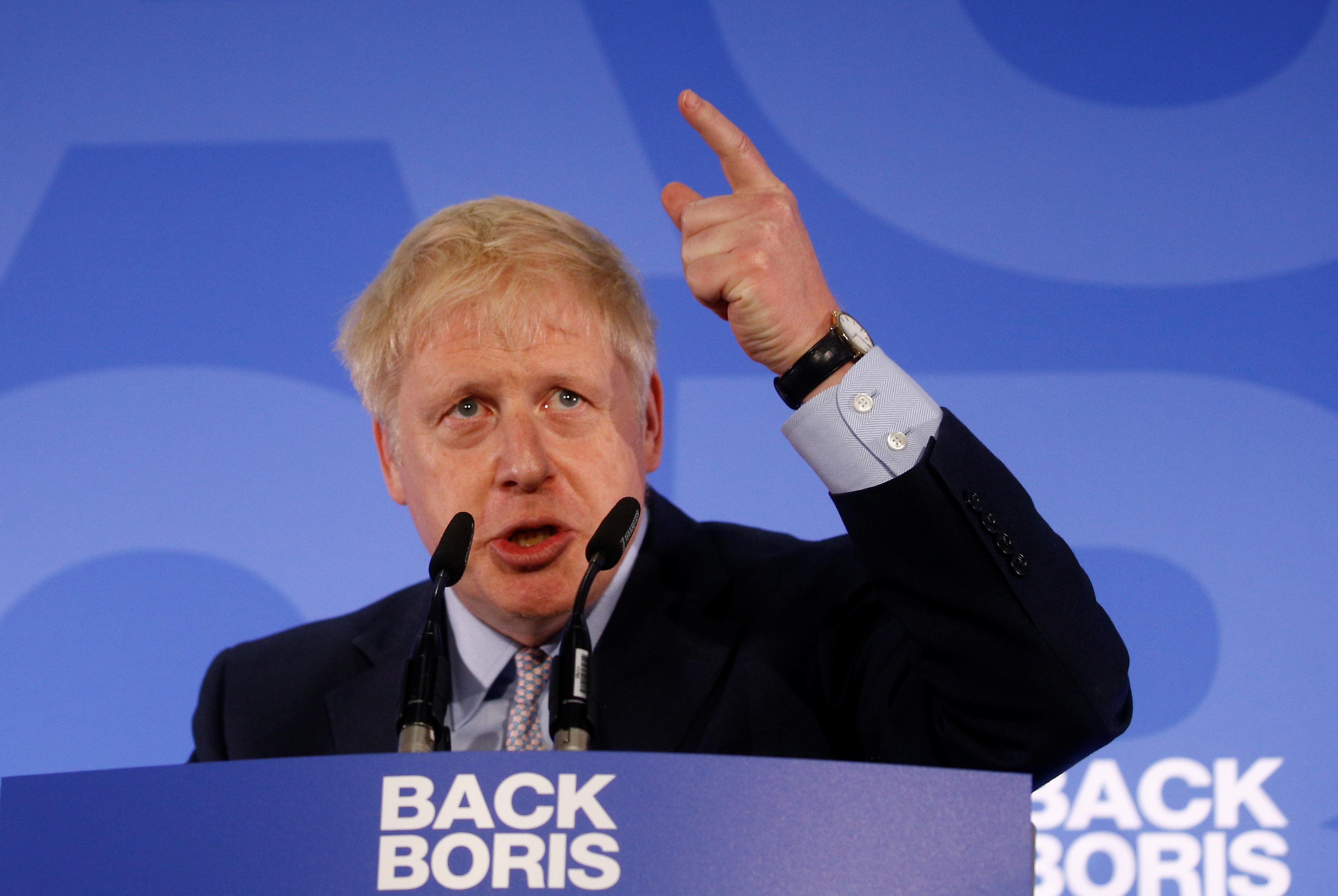 Johnson made his name as an EU-bashing journalist in Brussels before entering politics – and upset some Europeans before Britain’s Brexit referendum by comparing the EU’s goals with those of Hitler and Napoleon.

“Occasionally some plaster comes off the ceiling as a result of a phrase I may have used, or indeed as a result of how that phrase has been wrenched out of context and interpreted by those who wish for reasons of their own to caricature my views,” he said on Wednesday.

“But I think it is vital that we as politicians remember that one of the reasons why the public feels alienated now from us all as a breed – politicians – is because too often they feel we are muffling and veiling our language, not speaking as we find, covering everything up in bureaucratic platitudes, when what they want to hear is what we genuinely think.”