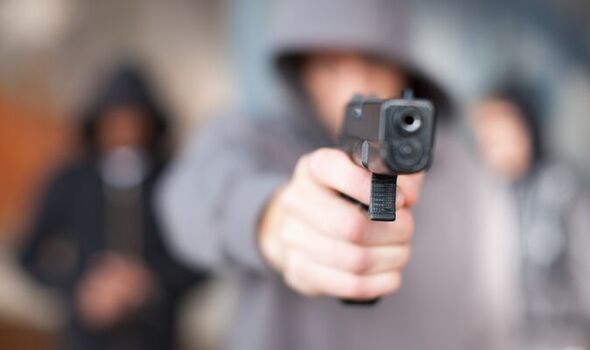 Thousands of gun criminals have escaped justice in the past five years because people were too frightened to give evidence against them. It is feared that since 2017, police have been thwarted in their attempts to bring prosecutions in almost 12,000 cases where a ­suspect had been identified.

Home Office data show last year 36 people were killed in gun attacks and another 236 were ­seriously injured, while firearms were also used in 965 robberies.

But as the number of gun crimes has increased, the proportion of cases in which suspects are brought to court has fallen.

The evidence can fall apart when a victim decides that they no longer want to be a witness, often because they fear their family will be ­subject to reprisals.

The latest figures show there were 7,643 gun crimes last year. In a third of these cases police said they had identified a prime suspect but could not take a case to court because of issues with evidence and witnesses.

Just 1,971 ended up with somebody being charged, yet the ­number of cases left on file surged, from 1,136 five years ago to the current record tally of 2,519.

David Spencer, research director at the Centre for Crime Prevention, said: “The revelation that three out of four gun crimes are going unprosecuted will be terrifying, especially to communities plagued by the issue.

“Police failure to gather enough evidence to charge ­suspects is a major concern. If an inability to adequately protect victims is a factor, as this data ­suggests, then that is completely inexcusable. It is time police committed more resources to crimes that blight the lives of real people, rather than spending time on niche issues that concern a small minority of people.”

“There are positive indications that more suspects are being identified, charges are increasing and firearms offences are falling.”