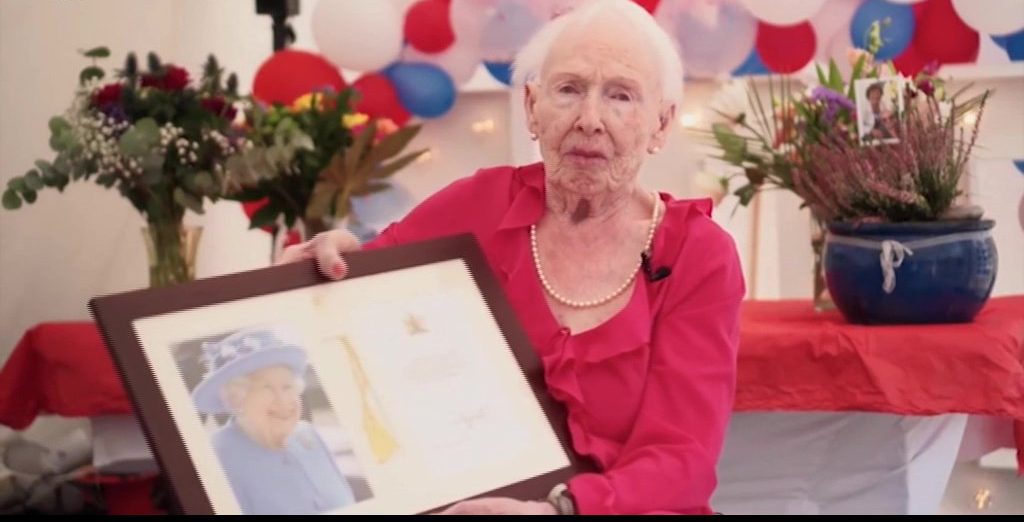 A 100-year-old woman was left ecstatic and weepy when she received a posthumous birthday card from the Queen.

Gwendolyn Hoare – who was said to be ‘devastated’ by Her Majesty’s death on September 8 – is one of the last people in the UK who will get one of the traditional congratulations for becoming a centenarian.

She had thought her chances of getting her 100th birthday card from the monarch had disappeared with Her Majesty’s passing, but it seems one was ordered ahead of the Queen dying at her home in Balmoral aged 96.

Gwendolyn’s card arrived on Friday, one day before her birthday and 24 hours after the monarch died.

Her niece wrote about the surprise on the BBC’s online tribute page to the Queen.

Sue Beckett, from Essex, said: ‘My aunt, Gwendolyn Betty Hoare, is 100 today. For decades she talked about receiving a telegram from the Queen and was devastated to hear the news… but her telegram arrived and she was ecstatic.’

Gwendolyn read out the telegram in a video, during a birthday party held for her by family and friends in huge white marquees.

She said the royal gift made her ‘feel quite tearful’ and laughed as she added: ‘I’m a royalist… old fashioned.’

Gwendolyn added while holding the telegram: ‘Look – isn’t it lovely? It’s from the Queen.

‘[It says]: “I send you my congratulations, and best wishes to you on such a special occasion. Elizabeth Regina.”

Since the start of her reign in 1952 Queen Elizabeth sent approximately 307,000 telegrams to people in Britain celebrating their 100th birthday, according to Statistico.

She is also said to have sent 927,000 to couples toasting their 60th ‘Diamond’ wedding anniversary.

On September 11, a Wolverhampton couple received one of the last anniversary messages sent out during the Queen’s record 70-year reign.

Grandson Jamie said: ‘They were over the moon. They were amazed and thought it was lovely.

‘It’s extra special now, it means the world to them.’

Margaret said: ‘It was wonderful. We do love her.’