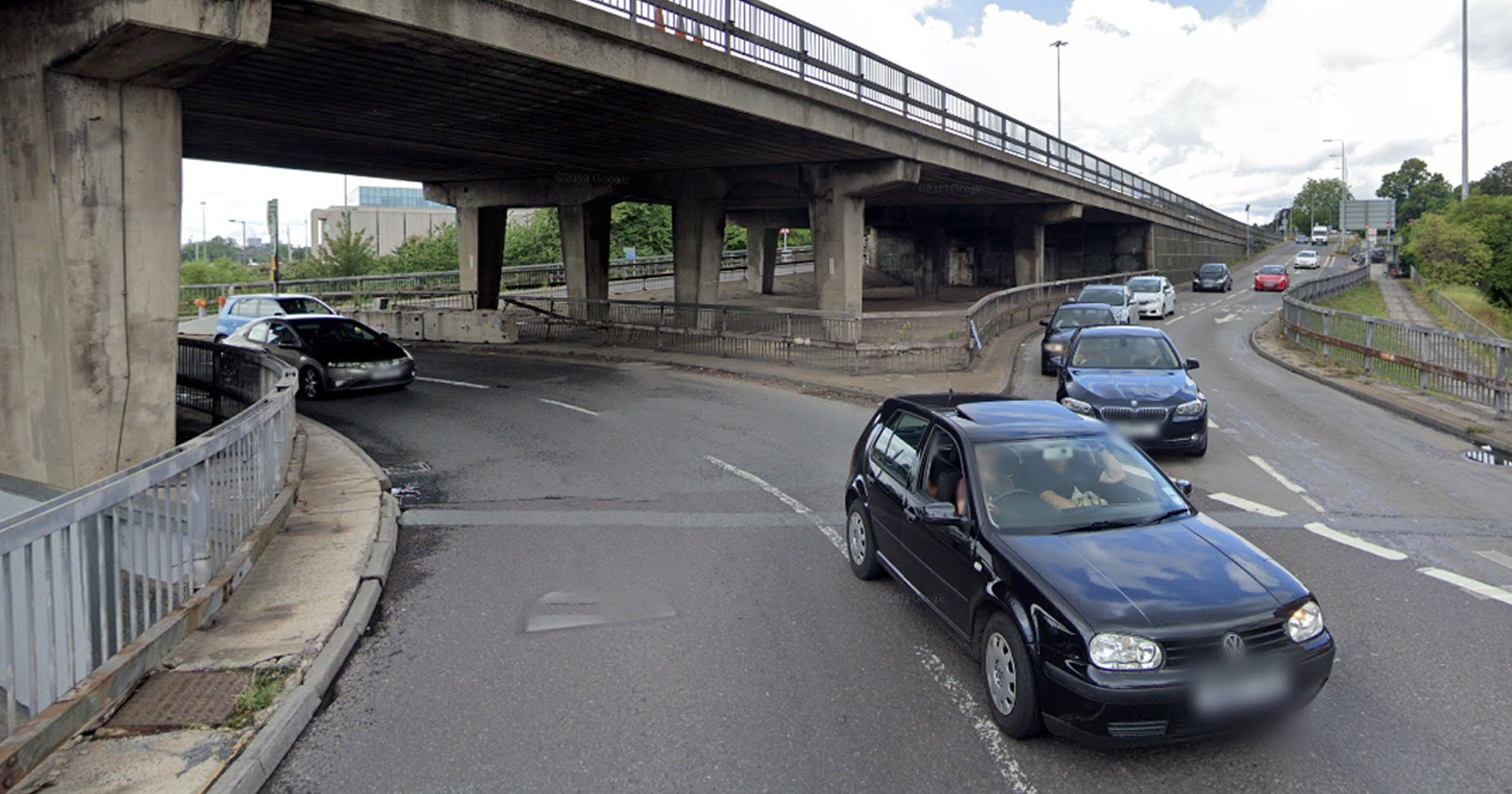 A man has been arrested after allegedly fleeing the scene of a fatal car crash.

A 22-year-old woman lost her life when the vehicle she was travelling in was smashed into.

It happened shortly after a car failed to pull over for police at 3.45am this morning in the Edgware area of London.

The motorist drove off but the Metropolitan Police said its officers did not give chase.

A short time later, the same car was involved in a collision with another vehicle and a lamppost near the Brent Cross Flyover.

Police said ‘the occupants of the car that did not stop for police fled the scene on foot’.

The woman in the second car suffered devastating injuries and died before paramedics got her to hospital.

A man, the driver of the second car, suffered a head injury but is expected to make a full recovery.

A Met spokesperson said: ‘A 29-year-old man was subsequently arrested on suspicion of causing death by dangerous driving; he remains in custody.

‘Enquiries are ongoing to trace other occupants of the car.’