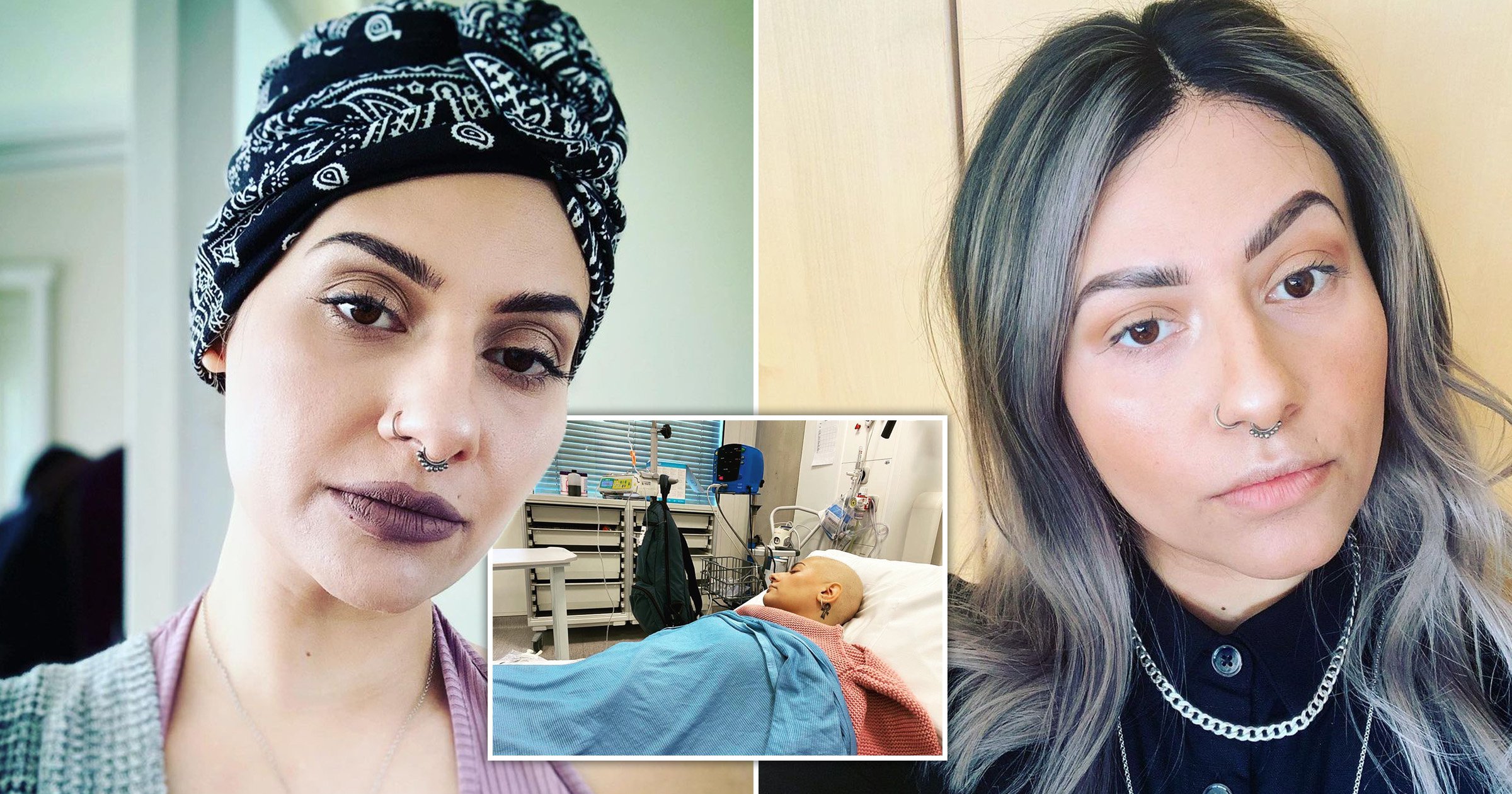 A woman says she feels let down by the system after she was diagnosed with stage four cancer.

The 31-year-old says a lump on her knee was dismissed as a cyst and she was proscribed ibuprofen for the discomfort.

When the pain became so bad she couldn’t walk, Joanna sought private treatment in August 2021 and was diagnosed with a rare form of cancer.

She was given the devastating news her synovial sarcoma, which forms near joints, had progressed to an advanced stage and to other parts of her body.

Further tests revealed she had developed six tumours in her lungs and a satsuma-size one near her heart, as well as the large growth in her leg.

The London-based area manager said: ‘I spent years going to different doctors and specialists because I knew in my gut that something was wrong.

‘I’ll never forget that first doctor I went to. I told him I had this soft lump that wasn’t really painful to touch but didn’t feel right.

‘And he barely looked at my leg, he was completely uninterested in what I was saying.

‘I did actually have two types of diagnosis, one was that it was a ganglion cyst.

‘And then after that, it was that I had a calcium bite injury that had a haemorrhage. Through all of that cancer wasn’t really discussed.

‘I was actually told that it was a benign tumour at one point and I went on a waiting list to have it removed.

‘But I was at the back of that list as I was told more important patients with cancer were before me.

‘I would wonder at times that I’m waiting so long that I’m not going to get to a point that I’m going to become one of those important cases.’

Joanna said some medical staff had been helpful but overall she feels the system has failed her.

She is raising funds online to help support her through her treatment, which has involved four rounds of chemotherapy.

With the tumour in her knee a grave concern, she is also weighing up whether to have her leg amputated to stop the disease spreading.

Joanna added: ‘I am upset and I feel let down by the NHS. I feel that I work really hard. And I have always paid my taxes and I’m a good British citizen.

‘The one thing that we get is the NHS and I feel let down.’

Joanna believes that her treatment was further delayed because of the Covid-19 pandemic.

At the peak of the outbreak, appointments for a range of issues were cancelled or delayed as the health service battled to stay on top of the huge of coronavirus-related admissions.

The government has admitted it could take years to clear the backlog in the NHS that was created by the crisis.

Joanna said: ‘It feels like everyone with cancer or other terminal issues was put on hold while the pandemic ran its course and now health issues have piled up.’

She continued: ‘I keep hearing this phrase “prolong my life” and I don’t want to prolong my life. I want to live my life so I am considering surgery.

‘The doctors believe they can remove the tumour from my chest and I would have to have my leg amputated, as there’s no other way to get rid of that tumour.

‘It would be a long road to recovery but I am a stubborn person, and I won’t give up that easily.’