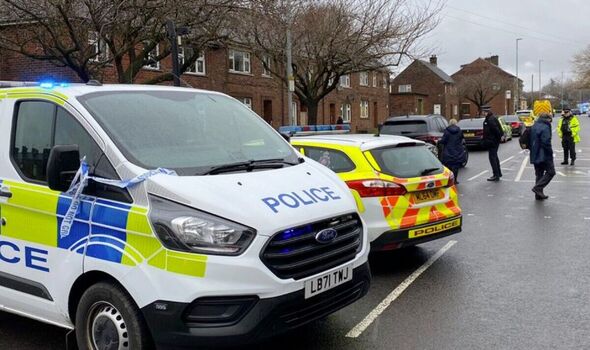 A 53-year-old woman has died after being hit by a police vehicle in Oldham this morning, shortly after a police chase. The woman was taken to hospital for treatment but unfortunately could not be saved.

Following the incident, there has been a large police response on a stretch of road at Heyside, near the junction with Water Street.

Police taped off a busy road in the area and at least one ambulance is also on the scene.

Greater Manchester Police said in a statement: “At around 10am today (Friday 23 December 2022), officers pursued a suspected stolen vehicle and engaged in short pursuit as a result.

“A short time later a road traffic collision occurred involving a police vehicle and a woman, aged 53, was taken to hospital for treatment to serious injuries, but sadly died a short time later despite the best attempts of emergency service personnel.”