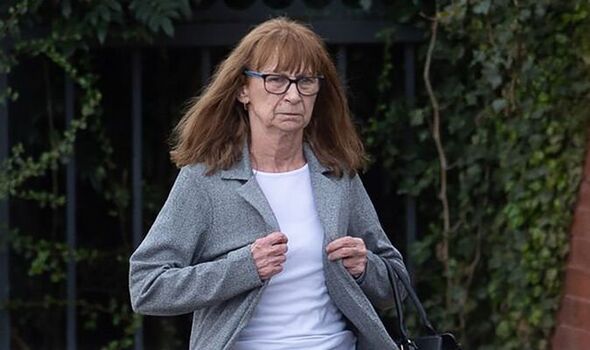 Judith Tyrer had a knife in her bum bag as protection as she accompanied a friend to collect some clothes from an address in Blurton, Stoke-on-Trent. A court heard Tyrer was stopped and searched by officers who arrested the woman on suspicion of possession of a knife in public.

But North Staffordshire Justice Centre heard Tyrer feared she was “going to be beaten up” by gangs in the area.

She thought they were carrying weapons themselves, reports Stoke-on-Trent Live.

“She got the knife in a bum bag. It was in there for a bit of protection if they were going to be beaten up.

“When the police came she was co-operative. She did not produce the knife.

“She is deeply ashamed of herself. This won’t happen again.”

The defendant was sentenced to four months in prison, suspended for 12 months, after admitting possession of a knife in public on Thursday.

Magistrates ordered the forfeiture and destruction of the knife, which Tyrer admitted she had owned for 20 years and used to peel potatoes.

Tyrer, from Blurton, hadn’t been in trouble with police for 20 years.

Zaine Riaz, prosecuting, said police attended an address in Blurton on February 9 after receiving a report that two people had attempted to break in with a crowbar.

He said: “Police found two women matching the description. Neither were in possession of a crowbar.

“However, the defendant was stopped and searched and she told the officer she had a knife in her bag. She said she was expecting trouble and it was for protection. She was arrested.”