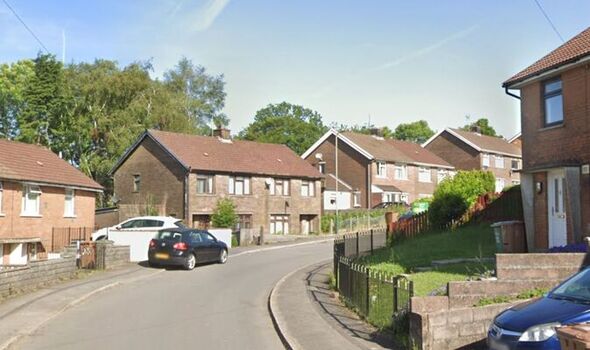 A pensioner has been left fighting for her life after sustaining brutal injuries from a savage dog attack. The 83-year-old woman suffered life-threatening injuries on Saturday after she was mauled inside a home in Caerphilly, South Wales. She was rushed to hospital alongside a 55-year-old man, who is understood to have sustained minor injuries following the attack.

A 28-year-old woman and two men, aged 20 and 31, were arrested on suspicion of being in charge of a dog dangerously out of control and causing injury.

Under the Dangerous Dogs Act 1991, the offence can carry a maximum sentence of five years in custody.

Police confirmed all three individuals were later released on bail. The dog involved in the attack was seized by officers at the scene and later destroyed.

Gwent Police have not confirmed the breed of the dog which attacked the woman, but it is understood that no other animals were involved in the incident.

A statement from Gwent Police read: “We were called to an address in Heol Fawr, Caerphilly at around 3.15pm on Saturday 3 December, following reports of a dog attack.

Detective Chief Inspector Matthew Sedgebeer said: “Officers will be making further enquiries at this time and will remain at the scene as the investigation progresses.

“It is possible that you may see ongoing police activity in Caerphilly as part of this work, but please do not be alarmed.”

He added: “If you have concerns or information then please do stop and talk with us.”

Read more: Family of child attacked by pitbull share pictures of his injuries

The latest attack comes after a ten-year-old boy was mauled to death by an American XL Bully called “Beast” last November.

The attack happened at a Caerphilly home shortly after Jack Lis had returned from school. The young boy died after the 15-month-old dog inflicted “unsurvivable” injuries to his head and neck.

The dog involved in the attack was shot and killed by armed police, who later confirmed the XL Bully breed was not a banned breed in the UK.

His mother paid tribute to her “beautiful boy” in a sombre Facebook post which praised his “sweet” nature.

In the case concerning Jack Lis, two people from Caerphilly were later jailed for charges relating to the ownership of a dangerous dog.

19-year-old Brandon Hayden was jailed for four and a half years after he admitted to owning or being in charge of a dangerously out-of-control dog. Amy Salter, 29, was sentenced to three years for the same offence.

They were sentenced in June of this year, with both having already pled guilty to the offence at an earlier hearing.

Gwent Police asserted: “At this time, we have no intelligence that this dog is in any way related to the dog involved in Jack Lis’ death.”

Read next:
Safest country for Brits has the ‘lowest crime rate’
Police launch burglary investigation after home ransacked by cat
Head of police watchdog resigns over probe into ‘historic offence’
Family left ‘devastated’ after girl, 7, found dead
Dad loses everything after being jailed for chasing burglars