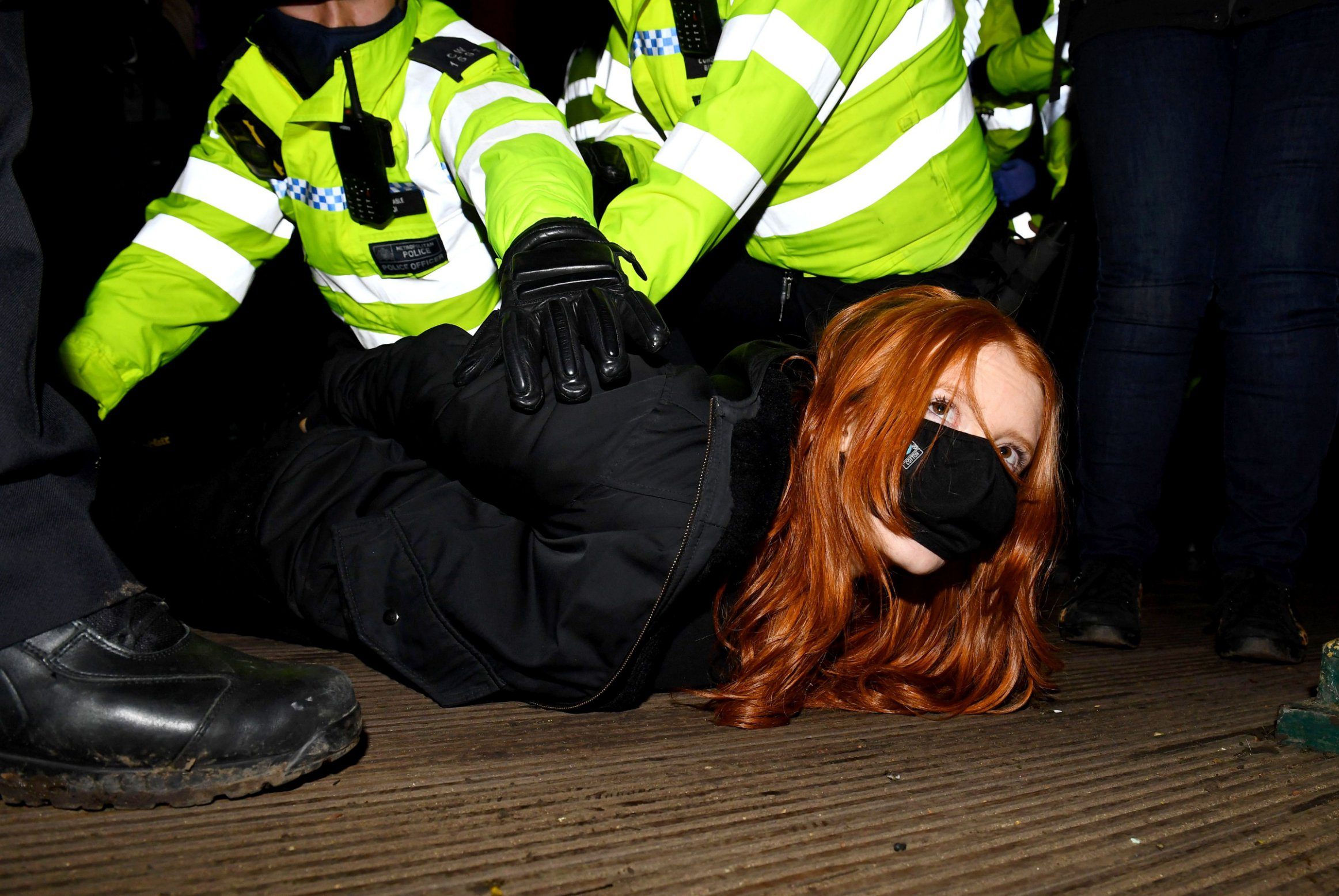 One of the women arrested at a vigil for Sarah Everard has spoken out as her killer was jailed for life.

Patsy Stevenson, who was pinned to the floor by police during the memorial at Clapham Common in March, said male violence is ‘ingrained in society.’

She said there had been ‘nothing but empty promises’ in the seven months since the marketing executive was brutally raped and murdered.

Writing for The Mirror, Ms Stevenson said: ‘We have heard government officials tell us that they are working tirelessly to fix systemic issues within our society that result in violence towards women and girls, as well as sexual harassment, sexual assault and misogyny from men, but where is this work?

‘We haven’t seen anyone elicit any change towards the sexism that is rife within our communities.’

There were violent scenes as police clashed with mourners at the vigil held in the immediate aftermath of Sarah’s murder.

Kate Middleton had paid her respects earlier in the day but police accused the hundreds present of breaking Covid restrictions and made several arrests.

In her piece, Ms Stevenson raised concerns about the Policing Bill, which is currently going through the House of Commons, and said she fears it could lead to rape investigations being dropped.

She added: ‘Some of these digital searches have resulted in officers asking women about previous partners, whether they have sent explicit messages or pictures to partners, and whether they have engaged in certain sexual activities. All are actions that do not excuse any violent behaviour of men towards women.’

She said the Home Office told her they were putting in more street lights to combat sexual assaults but this is unlikely to have an impact most happen ‘in the home, at work, at school.’

Ms Stevenson said the Government could enact real change by changing the school curriculum so pupils are taught about misogyny and sexual harassment.

She warned that violent men are ‘teachers, doctors, police officers with wives and children’ and ‘people you spend time with at the pub.’

The murder of Sarah Everard shocked the country and the sentencing of her killer has led to renewed calls for Government and police to do more to protect women and girls.

But the latest developments came in the same month when another woman, Sabina Nessa, was killed in south east London while on her way to meet a friend.