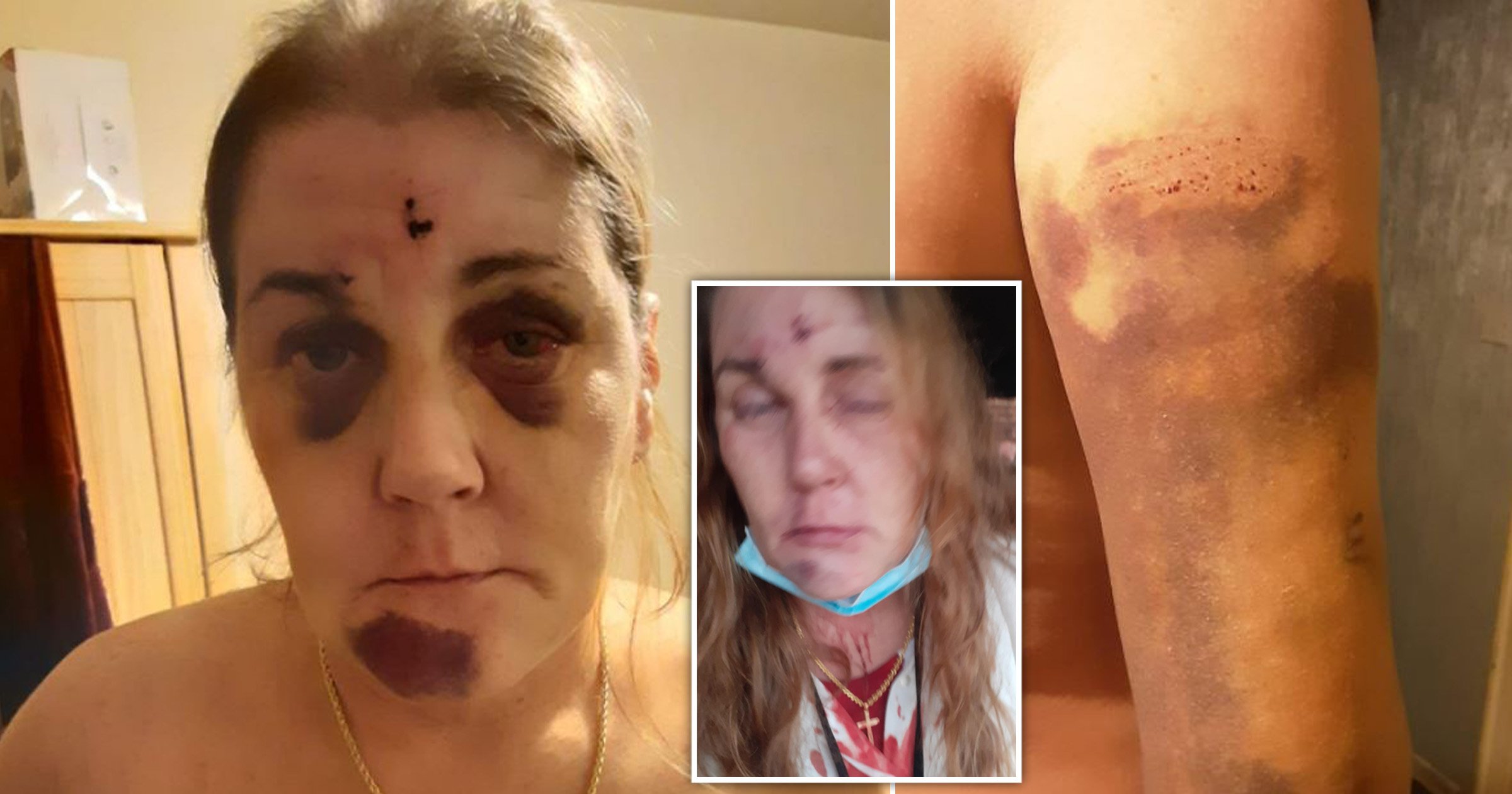 A woman who was left with horrific bruises and pneumonia ‘after getting beaten by five people’ is ‘disgusted’ the police decided not to prosecute anyone.

Amanda Bulloch, 52, claims two women and three men randomly started kicking her while she was at a friend’s mum’s wake on October 18.

Now, West Midlands Police have said there is not enough evidence to take them to court.

Ms Bulloch told how she and other funeral-goers made their way to their loved one’s wake in Cotteridge, Birmingham, where she was allegedly beaten up later.

She said: ‘My friend’s mum passed away who I’ve known all my life. We’d been at the crematorium and we’d come back to her friend’s house and everyone had a drink to celebrate her life.

‘Everyone was dancing and the next thing I know I’ve got two men and
three women literally kicking the s**t out of me.

‘My carer called 999. I tried to get my stuff and get out of there and I got attacked again. My body is literally black and blue.’

Ms Bullock, who suffers from the lung condition emphysema and heart issues, felt like she could not breathe after the supposed attack and went to A&E. She was discharged after six hours.

Right from the beginning, Ms Bullock has felt the police have not taken her case seriously enough.

She claims they took more than a week to take a statement from her.

She said: ‘I’m petrified to come out my door. I think I have post-traumatic disorder.

‘I’m also having nightmares of trying to get out of the door. No one seems to care.’

But the police decided to drop the case, apparently telling Ms Bullock it was ‘her word against [the people she accused of beating her up]’.

She said: ‘I’m absolutely disgusted by this. Due to the trauma I now have pneumonia of the lungs and I’m still bruised.

‘[The police] had the cheek to say “don’t let this put you off calling us again”. Not a chance would I ever trust the police again. I am so annoyed.’

West Midlands Police said: ‘The investigation has been closed however if any new information comes to light we will look into this and follow any new lines inquiry.

‘An officer discussed this outcome with the woman and reassured her to call the police if she has any further issues.’