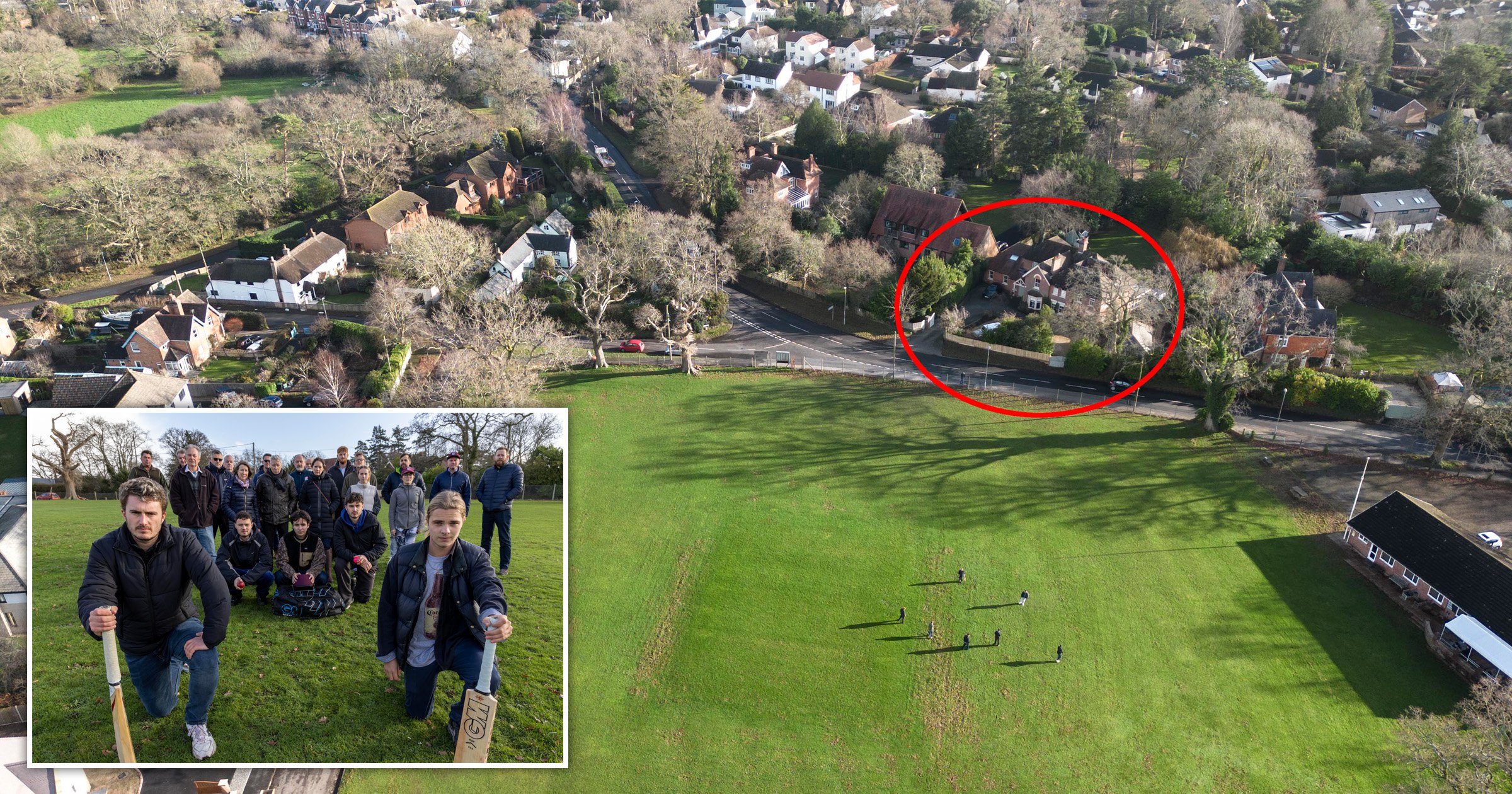 A historic cricket club has been threatened with closure after complaints from a new neighbour about balls landing in her garden.

The Colehill Cricket Club near Wimborne, Dorset, was first established in 1905 and has been in constant use ever since, acting as a hub for the local community.

But when a nearby house was bought by a new owner in 2021, she soon started complaining about batsmen hitting sixes into her property.

Initially, they instigated a rule that a six could only be hit on one side of the ground, which caused many long-term members to boycott the club in protest.

When that failed, the owners then drew up plans to install a 26ft high net to catch stray balls near the offending home, but ended up scrapping the idea once building costs were revealed to exceed £15,000.

Eventually the club was forced to inform the club’s captain, George Taylor, that the grounds will be closed for adult cricket for good.

Although youth cricket is allowed to continue on the basis that boys and girls can’t hit a shot as far as an adult, the decision has caused outrage among local residents and a petition started by Mr Taylor has already garnered over 12,000 signatures.

Mr Taylor, a chartered accountant, said: ‘When the land was gifted to the club in the early 20th century, there was a covenant stating cricket had to be played there.

‘Two years ago a neighbour moved in and started complaining about the balls hitting her fence and going into her property.

‘I’ve been playing here for 14 years and have never known a serious issue with balls.

‘She has put pressure on the committee to make changes. We’ve tried several things – initially we started playing away from her part of the field.

‘That just broadened the risk to other neighbours. The year after it was proposed not to hit the ball to one side of the boundary. Batters who did would be out of the game.

‘We didn’t play there last year because we were hugely unhappy with that rule. It was ridiculous.

‘We went to the bottom of the league because of all the trials and tribulations.

‘Then the committee applied for planning permission to build a big fence on that side of the ground. It just wasn’t practical – it’s health and safety gone mad.

‘When they decided to suspend adult cricket, there was no forum or debate – they didn’t give any of us members notice.

‘Some of the players texted me saying, “please don’t tell me this is the end”. That put a bit of fire in my belly.

‘It really resonates with public opinion that this ‘not in my backyard’ mentality is taking over.

‘There’s no other cricket club in Colehill. If the door is closed it will be a slow death for that community’.

Local resident Gemma Elliott said: ‘I grew up opposite the cricket pitch. It’s been part of Colehill for as long as I can remember and it would be wrong to see it go.

‘There’s always someone trying to change something to their needs.’

Another Wimborne resident said: ‘It is outrageous that a newbie can choose to move right next door to a cricket club and get cricket stopped because they don’t like the prospect of cricket balls on their property.’

However, in a statement released by the club, committee members blamed a ‘compensation culture’ and increased insurance premiums as reasons for the ban.

‘In recent years it has become apparent that the risks of ball strikes at Colehill were increasing and that we need to take action to mitigate the risks involved,’ the statement read.

‘As a club we have approached the ECB who offered no support in any way and we were investigating funding options when we started to have issues from other neighbouring properties.

‘A ground of our size relies on having understanding neighbours who are prepared to accept the occasional inconvenience and want to embrace living next to a cricket ground.

‘We have many neighbours who follow this mantra, but we are also encountering those who want to adopt a ‘compensation culture.’

‘Our insurance premiums have more than trebled in the last three years and it is becoming more difficult to source the type of insurance we need.

‘Without protection to all areas of the ground by means of high netting at a cost of £35,000, we don’t believe it is viable to continue with adult cricket and face constant complaints and claims from those neighbours who choose not to embrace us.’