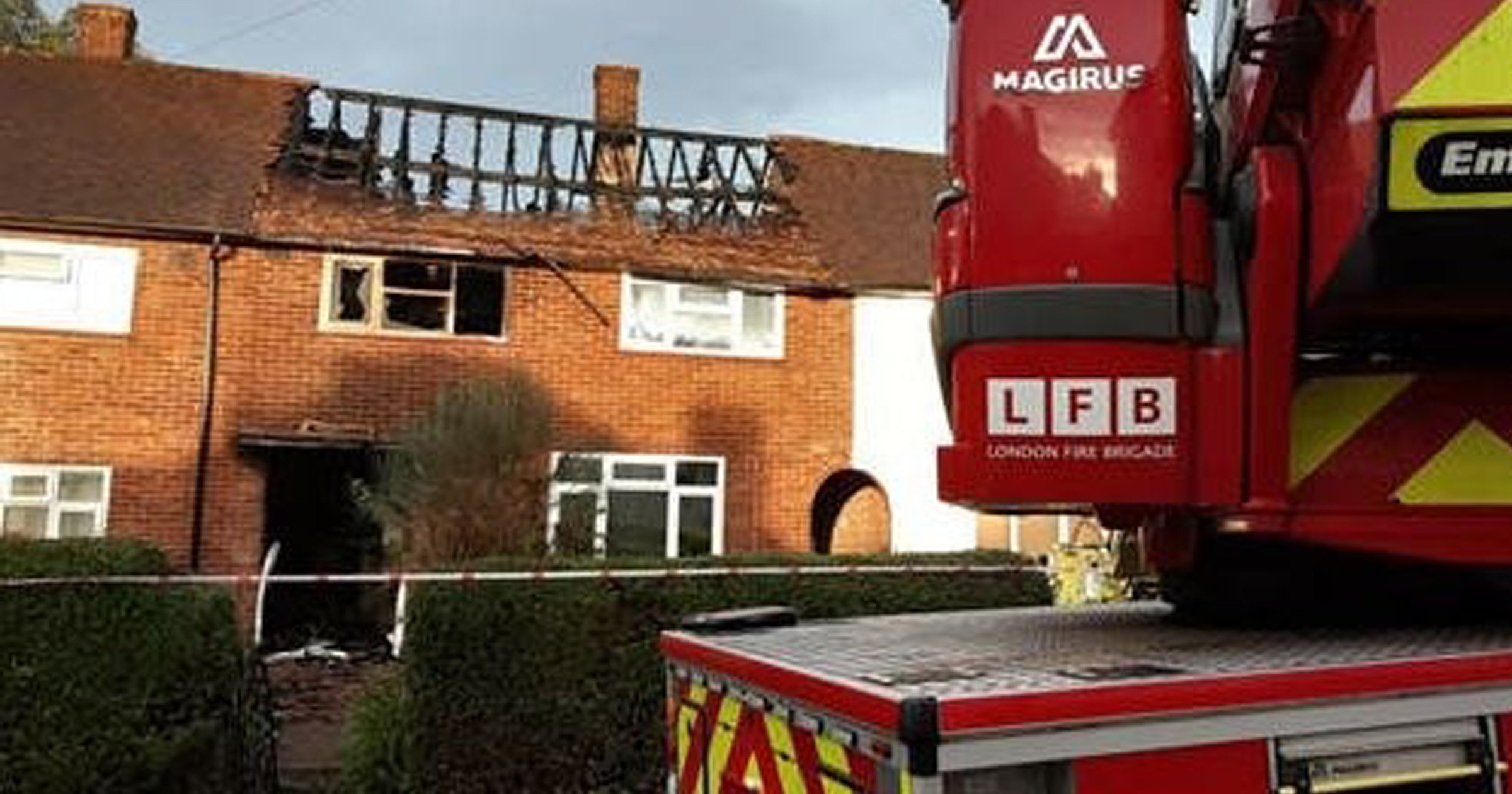 A woman who was rescued from a house fire in London has died of her injuries.

Half of the home, on Alderwood Road in Eltham, was destroyed in the blaze.

Firefighters had rushed to the scene and rescued the woman via an internal staircase.

A man and a child had managed to escape the house together before the arrival of emergency services.

This evening, the London Fire Brigade said in a statement: ‘They were all taken to hospital, where the woman sadly later died.

‘The Brigade was called at 0437 and the fire was under control by 0601. Six fire engines and around 40 firefighters from Eltham, Sidcup, Lee Green, Bexley and Plumstead fire stations attended the scene.

‘The cause of the fire is under investigation by the Brigade and the Metropolitan Police Service.’

This is a breaking news story, more to follow.