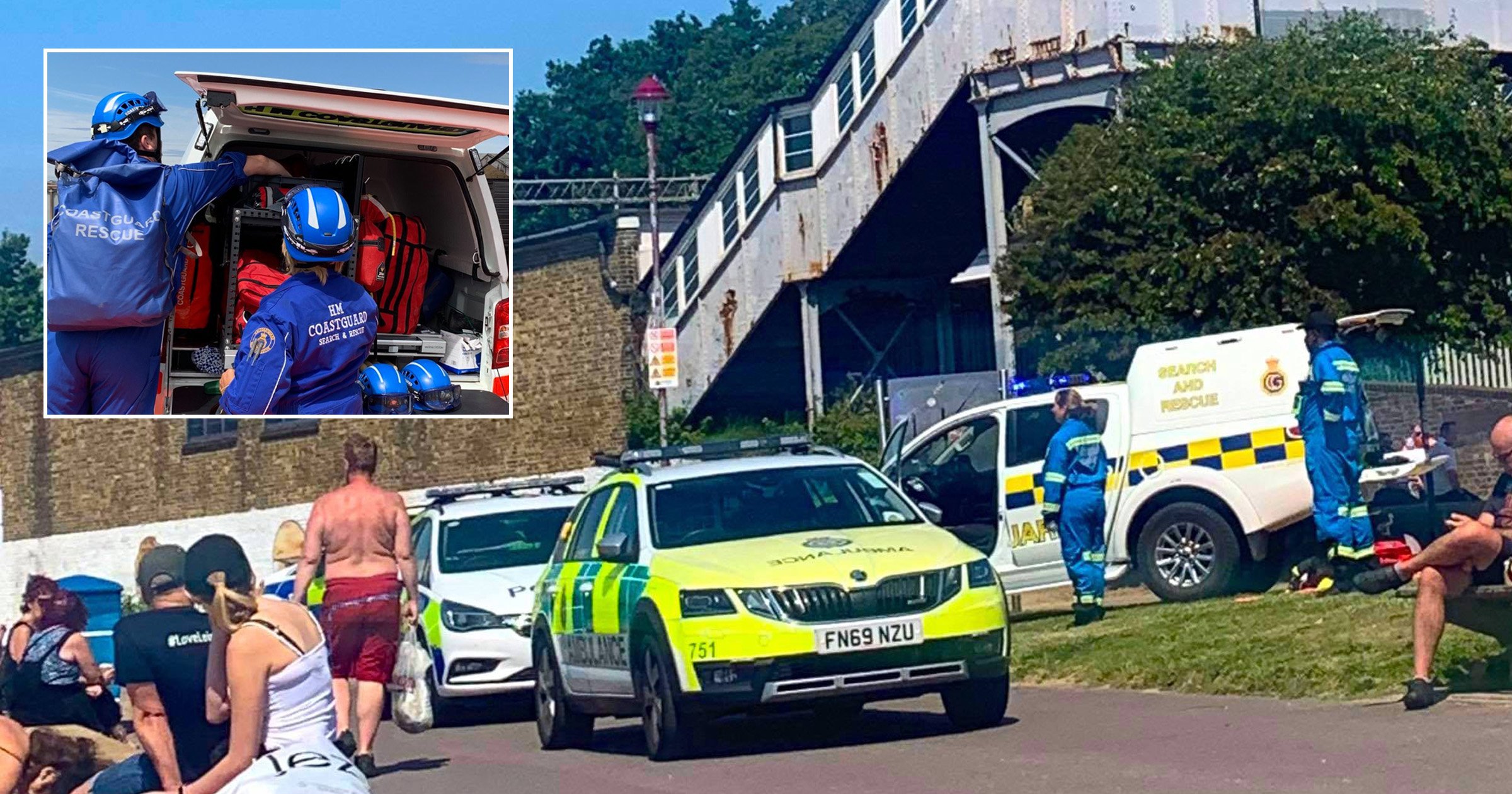 The body of a woman was discovered at a popular seaside resort after she got into difficulty in the water.

Emergency services rushed to Chalkwell in Southend, Essex at around 10am this morning after several people called reporting concerns for the welfare of a woman in the water.

A air ambulance was sent to the scene and a helicopter was seen circling above the beach.

Essex Police, the RNLI and Southend coastguard remain at the scene this afternoon, and the beach has been cordoned off.

In a statement, the police said officers arrived to find the woman had died.

‘We are on the scene of an incident in Chalkwell,’ it read.

‘We were called by colleagues in the coastguard to concerns for the welfare of a woman in the water at 10.15am this morning, Monday, June 7.

‘We arrived and sadly found a woman had died.

‘We are at the scene alongside colleagues in the ambulance service and will issue a further update when we can.’

A Coastguard spokesperson told Essex Live: ‘A 999 call was received at 10.10am today following an incident at Chalkwell beach.