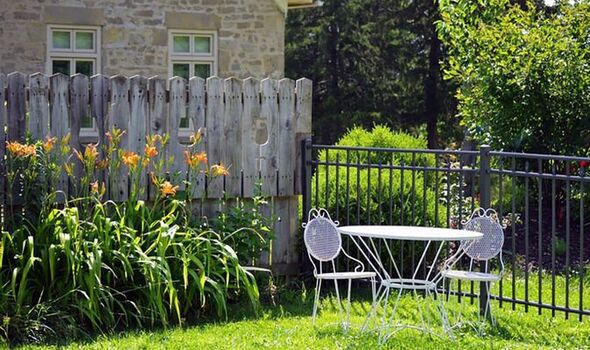 The woman said she “wouldn’t have dared” to do something similar when she was a child and that it feels “really intrusive and unpleasant”, reports Liverpool Echo. She said she had recently noticed “things would be moved” on her property, and had overheard a conversation between her neighbour and his children in which he talked about lifting the fence panel to allow them through.

The homeowner has asked what the people of Mumsnet, a parenting forum, think about the situation.

Her full post says: “I don’t particularly like my neighbours. They have a lot of unruly children, and the family as a whole are generally quite loud and irritating. That said, I’m happy to keep myself to myself, and accept noise is a fact of life when you live in a built up area and houses are only a few feet apart.

“What I do object to is them intruding (for want of a better term), into my property. The children used to ride bikes on my driveway, I now keep my front gated locked. They also used to frequently climb over the 4ft fence between our properties into my back garden. I replaced it with a 6ft fence last year but have had suspicions they still enter my garden as things would be moved, or I’d hear a ball being kicked over but when I’d go outside to look there wasn’t one there.

“Today I was in the garden and found four of their balls that must’ve been kicked over earlier today which I threw back – I always do throw the balls back, although sometimes it might be a day or two as I don’t go out in the garden every day, am at work, can’t be bothered going out there if its raining etc. They very rarely knock to ask for the balls back and rely on me throwing them over but if they do ask I give them back straight away.”

She added: “So about half an hour later I hear all the kids in the garden (its warm and sunny here today so I’ve got windows and doors open) whining to the parents about how their balls are in my garden, and can’t dad just lift the fence panel again so they can retrieve them. There are two that it seems I missed, ones in a bush and another one in the far corner and despite having 10+ balls and the four I’ve chucked back, they need these ones.

“They’ve seen them from looking over the fence I assume, they have a climbing frame near the fence which they can see over into my garden from. So, anyway, dad kind of fobs them off ineffectually but its clear this is what they’ve done more than once for them to even suggest it. They’re still going on about it an hour later and saying well we’ll climb over her gate then and get them that way.

“This isn’t on is it? I wouldn’t have dared go in someones garden when I was a child and there’s no way my parents would have allowed it either. I’m now trying to work out how I can stop them lifting the panel, because clearly although they didn’t do it today they have and I’m sure will again. It feels really intrusive and unpleasant. They’re not tiny BTW, ages range from 8-13.”

The post divided opinion online, with some people suggesting the woman should use anti-vandal paint or sprinklers to make her neighbours stop.

But others said she should not do anything to “escalate” the situation.

One person said: “Turn the hose on them! Can you set up a motion-detector sprinkler system? And plant some very spiky things.”

A second wrote: “Tap a wedge in low down on your side and they won’t be able to lift the panels.”

Another said: “Really this is never ok, unless the neighbour allows it. Otherwise it is trespass. Secure your fence, those fence clips look good, and barbed wire along the top. Also close any gaps there may be at the side.

“I wonder what they get up to when you are in holiday? Is your garden bigger and nicer, or just a nice private extension to theirs. They could have a party there when you are away, to give the parents some peace and quiet (not). Barbed wire underneath too, and a lovely hedge of wild tudor rose and hawthorn, long term.”

A fourth Mumsnet user said: “I would be annoyed as well. That’s trespass and invading your privacy. Hope you get it fixed so they can’t do it again.”

Another posted: “Please don’t puncture the balls. It’s not going to anything good, it will only escalate.”