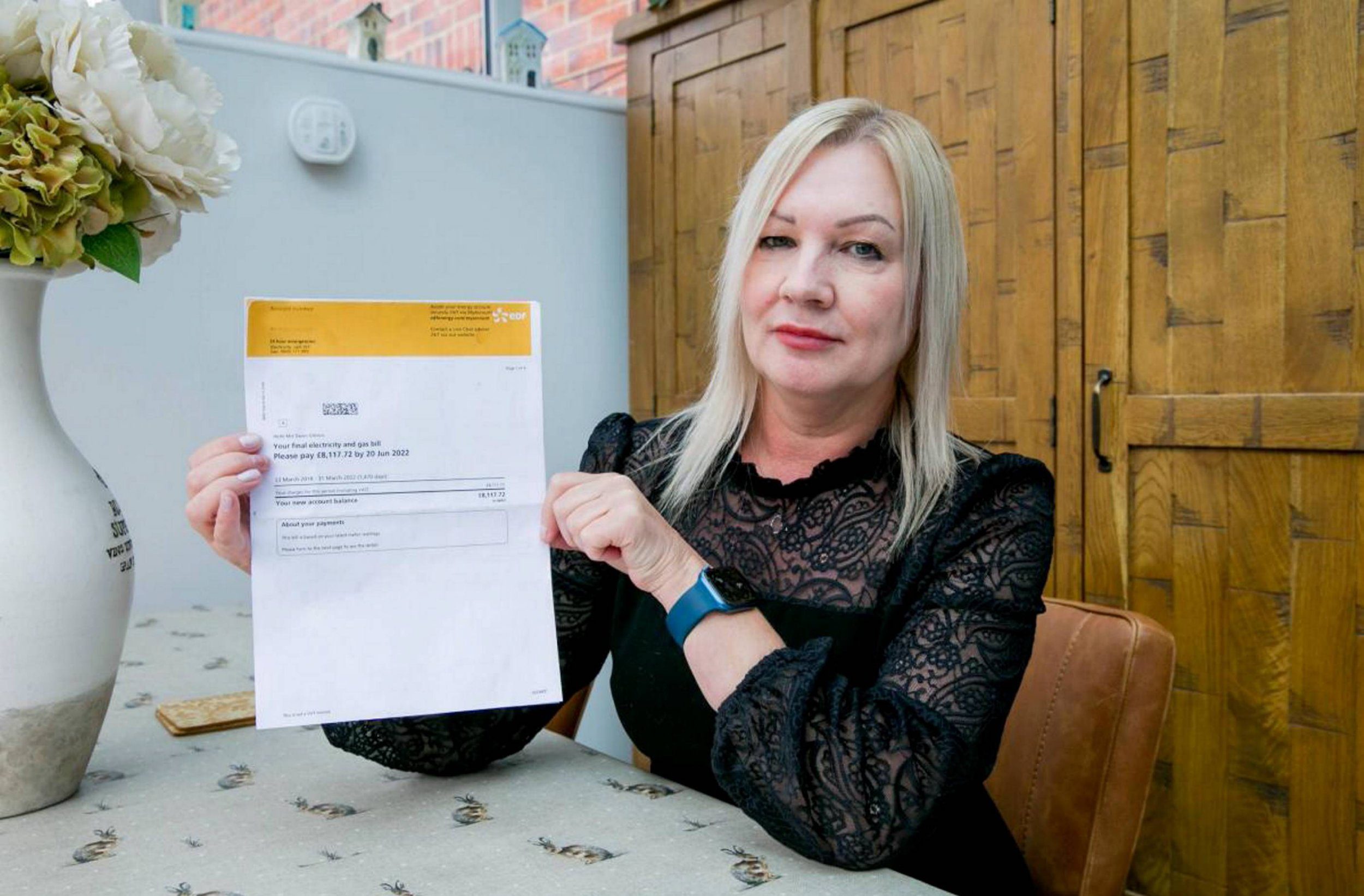 We know there’s a cost of living crisis, but an £8,000 energy bill for somewhere you don’t even live is a bit extreme.

One woman was horrified when she received the massive bill four years after she moved out.

But recently she was suddenly billed £8,117.72 for all the energy used in the four years since.

‘When I rang EDF to tell them we were moving house they said I was in credit and sent me a cheque for £400,’ said Dawn, who is from Spennymoor in County Durham.

‘A month later I received a bill for the new owners. I rang them and they said not to worry about it.

When the cleaner called to complain, she was told two accounts had been created for her old home and she had been charged for the use since March 2018.

Dawn, a cleaner, added: ‘It was scary. I had no idea what it was for.

‘How they can generate two account numbers and send me a bill for that much when I’ve already paid is beyond me.’

An EDF spokesperson said: ‘We are very sorry for causing Mrs Gibson worry for an incorrect bill she received due to an error on our system.

‘We have been in touch with Mrs Gibson to confirm that there is no outstanding amount on her account and she will be sent a new bill to confirm the zero balance.

‘We always aim to offer our customers the best possible service and in recognition that on this occasion we fell short, we’ve offered Mrs Gibson a goodwill gesture of £50 which she has accepted.’