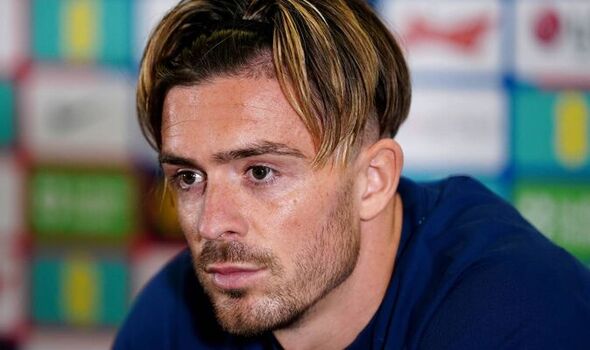 The alleged victim, who was 23 at the time, said she was raped by Louis Saha Matturie, 41, on a booze run to a local petrol station on August 23 last year. Matturie was allegedly a ‘fixer’ for Mendy, 28, and is accused of finding victims for him to rape.

Chester Crown Court heard after the woman was allegedly raped by Matturie, the pair then returned to a party at Mendy’s home in Mottram St Andrew in rural Cheshire.

The woman claims she had sex with another man, known only as Ghost, around the swimming pool and then went on to have sex with Mr Grealish in an office.

“It was in an office off the living room. We were both asleep for a bit.”

Lisa Wilding KC, defending Matturie, asked the woman in cross-examination: “Do you remember kissing Jack Grealish on the sofa in the living room?”

Ms Wilding continued: “Did you have sex with Jack Grealish that night?”

Asked if she could remember having sex with Mr Grealish, the woman said: “I don’t remember what room it was in but I remember it still happened yeah.”

Jurors heard she later messaged a friend saying: “I have slept with Jack Grealish.”

Giving evidence this afternoon, the woman said: “I can’t remember why I sent that message.”

Ms Wilding asked: “Is it simply you were proud of the fact that you had slept with Jack Grealish?”

The jury heard her friend then replied to the message saying: “Oh God, LOL. What the f*** mate, OMG. Proud of you.” And added: “He has a girlfriend though or not.”

She is said to have replied: “Yes he has a girlfriend (sad face emoji)”.

The woman denied having sex with Mendy afterwards but claimed they “engaged in consensual sexual activity”.

Mendy is accused of raping and sexually assaulting a total of seven different women on five different occasions at his home in Cheshire between October 2018 and August last year.

The woman, who is the eleventh complainant to give evidence at the trial, told jurors earlier this afternoon she was invited back to Mendy’s house after meeting him at a nightclub.

She denied flirting with Matturie, claiming: “I wouldn’t flirt with him he’s twice my age.”

The woman denied having an “intention or hope” that she might have sex with Mr Grealish that night.

Ms Wilding asked: “Did you think that by having sex with the older, not so good looking guy in the car, you might have ruined your chances?”

The complainant said she did not have consensual sex with Matturie adding: “So I didn’t ruin my chances.”

Both men deny the charges and say any sex was consensual.