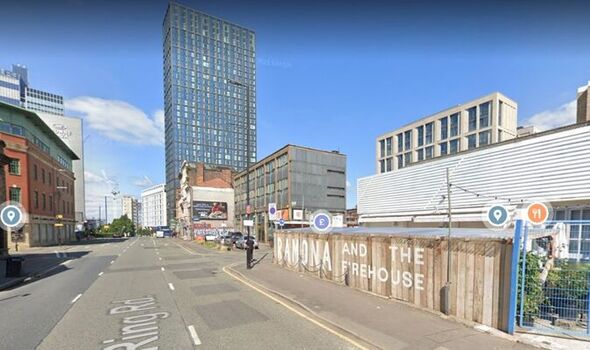 The headteacher said she was “baffled” after the bouncer told her the restaurant operates a “no-singles” policy and she was turned away. This is despite restaurant bosses later confirming they don’t have such a policy.

When asked why they told her it was because “they have a bar inside” which left her confused and initially thought it was a joke.

While making her way home from work, she has visited the popular eatery, Romona, in Manchester city centre hoping to treat herself to a pizza.

She had also paid for parking nearby which cost her £4.

However, upon arriving, she got embroiled in a bizarre dispute with the member of security who told her they couldn’t let her inside as they would “have to let single men in too” or it would be “discriminatory”.

Romona bosses have since told Manchester Evening News that they do not operate a no-singles policy and claim to be looking into the allegation.

The Detroit pizza specialists’ website does say the restaurant reserves the right to refuse “large single sex parties” but has no mention of a ‘singles-policy’.

When a member of the local paper tried to make a booking for one person online, they were able to do so.

The “humiliated” headteacher said: “After a long day at work I thought I’d treat myself to a nice meal at Ramona on Swan Street. I paid £4 to park nearby for two hours and strolled up the path.

“A bouncer asked if I was meeting a party inside, and I replied ‘no – just me.’ I was told that in that case I wasn’t allowed in. I genuinely thought they were joking. They weren’t.

“I asked why as I have dined alone in restaurants many times before and never been turned away because of that. They said it’s because they have a bar inside too. I was still confused and baffled”.

She was told that if they let her in, they would also have to let single men in too otherwise it would be “discriminatory”.

After being refused entry, she said she walked away feeling “humiliated, angry and frustrated – not to mention hungry”.

She added: “I find this absolutely shocking and am still in disbelief. I agree they shouldn’t discriminate between men and women, but I have no idea why a single man would be a threat or danger.

“I am a headteacher – not that it really matters – but I had been to work so was reasonably well dressed, I wasn’t drunk, and just wanted a bite to eat. I can’t see one good reason why I was treated like this. There was no apology or empathy, just an attitude.”

Andrew Marshall Operations and People Director said: “It’s not Ramona’s policy to not welcome in single men and women. We are currently looking into the allegation and can’t comment on individual cases.”