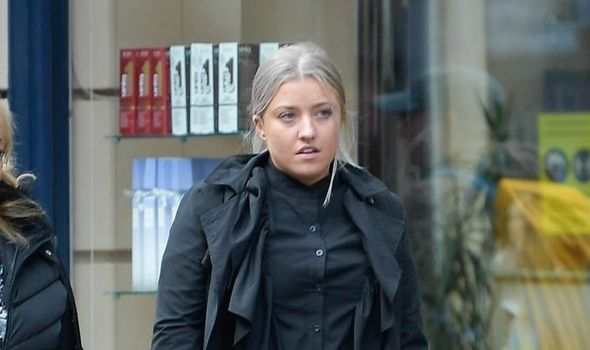 Blood poured from a man’s head immediately after Nicole Berry struck him with the glass bottle. Berry, 25, had thrown it at him and other people brawling with her boyfriend Justin Henry in “an ill-considered” effort to help him.

Since the attack in Deansgate Locks, central Manchester, the victim had suffered frequent migraines and has a permanent scar.

Although Berry was heavily criticised by a judge, she walked free from court, having received a community order for unlawful wounding, which she had admitted.

“I am not sure what you intended, but it did cause a nasty injury to the crown of his head and left him with a permanent scar.

“You acted on the spur of the moment and it was out of character.”

As Manchester Evening News reports, the defendant was handed a 12 month community order; ordered to do 100 hours of unpaid work and 15 days of rehabilitation activity requirements; and ordered to complete an alcohol monitoring scheme for 60 days.

She must also pay £750 compensation to the victim and £350 court costs.

It was ill-considered, stupid, reckless and dangerous

Berry was suspended on full pay from her role as a mental health worker after her arrest.

The court heard Berry, who has previous convictions, thought throwing the bottle would protect Mr Henry in a bust-up outside a bar.

Mr Henry had bought her two bottles of the spirit to celebrate her offer of new employment and the pair had been celebrating this when the incidents happened.

Rachel Widdicombe, prosecuting, said the victim has suffered as a result of the impact.

In a statement, the victim said: “Since the assault I have suffered with migraines more frequently.

“The injury is at the top of my head and is noticeable, and I have been subject to remarks and questions about it.

“I appreciate people make mistakes but it’s important to take responsibility for your actions.”

But the court heard Berry, of Oldham, Greater Manchester, recognises her actions “were ill-considered, indiscriminate and disproportionate to the unlawful offence of another.”

Ian Metcalfe, defending, said: “She reacted to seeing her boyfriend in a stressful and violent situation.

“Her reaction is instinctive and reactionary, but it is foolish, reckless and indiscriminate.”