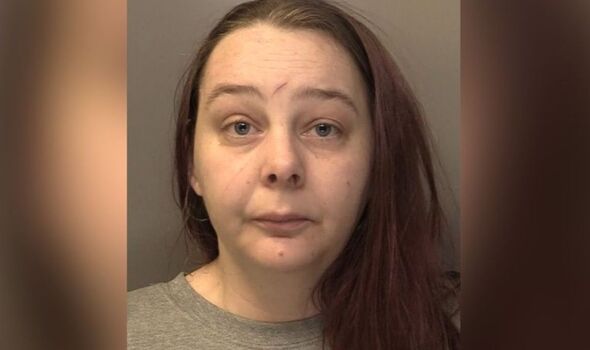 A woman who threatened to kill her ex after she was banned from contacting him has been jailed.

Paula Higham appeared in court yesterday, January 12, after breaching the terms of her suspended sentence, which was imposed last August.

The 38-year-old violated a non-molestation order by messaging her ex’s dog on Facebook.

Higham, of Sandringham Drive in Sefton Park, Liverpool, also threatened to kill her ex and issued threats towards his mum, calling her “rough” and adding that “she will be looking worse soon”, reports The Liverpool Echo.

In August 2021, she was handed a non-molestation order by the family courts preventing her from contacting her ex Mark Davies for one year.

Recorder Tim Harrington handed Higham a one-year imprisonment suspended for 18 months and ordered her to complete 100 hours of unpaid work plus a 20-day rehabilitation activity requirement.

Despite the non-molestation order, she continued in a “persistent breach”, sending a string of “deeply unpleasant” messages.

A total of 13 emails were sent from two different accounts on the morning of August 25, 2021, only a week after the order was imposed.

Three days later, Higham messaged a Facebook account which had been set up in the name of Mr Davies’ dog.

One abusive note read: “What’s happened to your mum? She’s looking very rough. She will be looking worse soon.”

Another message added: “Enjoy your weekend. I’ve posted your name and address over the internet, rapist.”

Mr Davies also recorded eight phone calls he had received from the defendant via a withheld number.

At 2am on another date, she accused him of raping her and said: “Now you really are f***ed. You just went viral by the way.”

On September 25, at around 4.30pm, Higham phoned saying “the rapist has got nothing to say has he?”.

A court heard that Higham failed to attend two unpaid work appointments on November 10 and November 24 last year, leaving her in breach of her suspended sentence.

Zara Baqri, prosecuting, said Higham’s continued alcohol abuse means she has missed appointments, and when she is there, she is sometimes intoxicated and acts aggressively towards staff.

Ms Baqri added: “She presents an increased risk towards staff at this time.”

The prosecution explained although Higham has complied somewhat, the probation service do not feel she can manage the order without a support system, which she currently does not have.

She has completed 37 out of 100 hours of unpaid work required of her.

The prosecution also detailed that Higham is currently released by police under investigation for an assault on an emergency worker.

Oliver Saddington, defending, said: “She apologises through me for these breaches.”

He said an “unfettered torrent of commentary from anonymous members of the public” posted on online articles written about Higham caused her to have a mental breakdown and turn to alcohol.

Mr Saddington also detailed that Higham had received death threats from someone she knew when she worked as a sex worker after her phone number had been leaked.

He added: “She returned to drinking heavily to reconcile the nastiness and abuse she was receiving.

“Truth be told, she is still feeling scared and suffers with her mental health today.

“She has completed 37 hours and she wants to do more, and I beseech your honour to give her a second chance.”

“I have concluded that activation of the sentence would not be unjust.”

Recorder Lamb activated the suspended sentence of 12 months imprisonment, but reduced it to eight months to take into account the elements of the community order Higham has already completed.

During sentencing, Higham sobbed and asked the judge “are you saying I am going to lose my house?”.