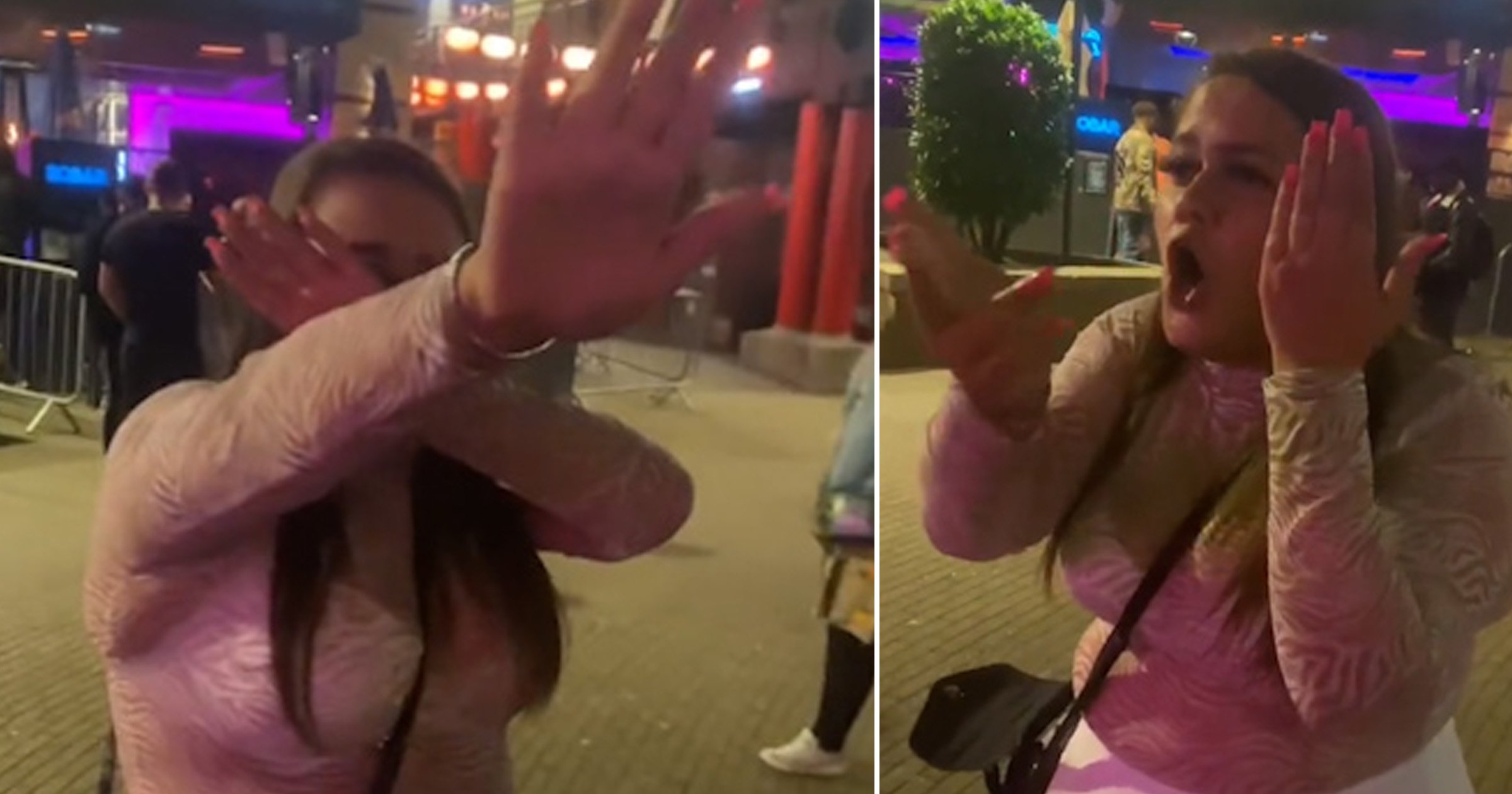 A young woman who appeared to call an Asian bouncer a ‘P**i’ in a drunken rant has insisted she is not a racist.

Tia Simmonds, 21, was filmed demanding to know why she was not being allowed back into the Birmingham club on Thursday night.

Once she realises she is being filmed, she stops her tirade and tries to cover her face.

But when the bouncer tells her ‘carry on, you’re going viral, love’, she says she ‘doesn’t care’ and continues shouting.

Tia, who identified herself to The Sun, has now said it was ‘unfair’ to film her because she is getting death threats from people who have seen the video.

She admitted getting ‘a bit worked up’ but denied using the racist slur, insisting she could not be racist because she is ‘a quarter black’.

The waitress said: ‘I was arguing with them but I didn’t call the Asian man a racist word. I didn’t hear any racist comments. I’m not racist. I’m quarter black so how can I be?

‘The video went viral and I’m getting loads of abuse. I don’t deserve that. It’s so unfair. Random people want me dead.’

She said she is getting told to ‘kill herself’ while others are threatening to ‘stamp her out’ themselves.

Tia’s mum Cheryl Finch said: ‘I’m not proud of what she’s done. She was out of order. But it is out of character and she’s now getting death threats.’

Cheryl also denied her daughter was racist, explaining that Tia’s dad is Caribbean and the ‘majority of her friends are black and Asian’.

Tia, who is apparently already off work because of her anxiety and depression, is now struggling with the online backlash.

Cheryl added: ‘I’m very upset about it all. It sounded like someone was goading her and filming her. It’s not an excuse for what she said but it was definitely out of character.’

Tia, from Leicester, said she still does not know why she was kicked out of the venue, believed to be the Levana cocktail bar, in the city-centre.

She thinks it may be because her friend was ‘really drunk’ but said she has ‘no clue’.