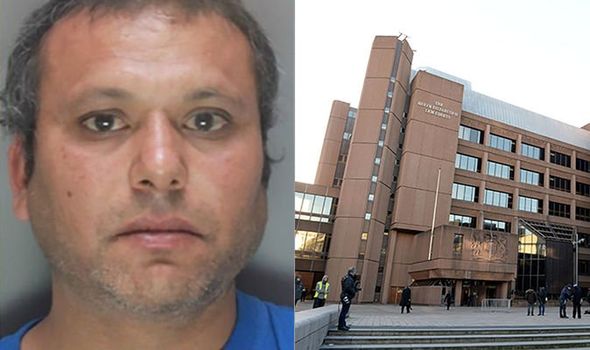 Dhanji Punja, 42, grabbed the woman and forced her across the road towards the secluded alley. The yob called her  a “f****** b****”, and only letting go when faced with three security guards, reports Liverpool Echo.

A court heard Punja has previously sexually assaulted a woman on a train and lay on a shop floor to look up a woman’s skirt.

He was jailed today for five years, with an extended two years on licence, after a judge at Liverpool Crown Court called his attack  “frightening and quite outrageous”.

Sentencing the sex fiend, Recorder Tom Gilbart said: “You appeared and took hold of her with both of your hands. You moved the victim against her will across the street.

“You moved in the direction of a smaller darker street of passageway which was away from the main thoroughfare.

“Your intention was to commit a sexual assault on her once you had her in a more secluded place.”

The judge added: “In her statement she described trying to fight to get away but being unable to do so.

“She was shocked and frightened and feared for her safety.

“This was a frightening and quite an outrageous attack on a woman on a street.

“You felt entitled to use force to kidnap her and you did so with the intention of committing a sexual offence. Your act was only foiled because of others.”

During the hearing, days after Sarah Evarard was allegedly murdered as she walked through Clapham Common, south London, the court heard Punja’s victim was walking through the city centre with the intention to ho home after a night out with friends.

She struggled with Punja in the alleyway but the three security guards passing by saw what was happening and intervened. Punja let go of his victim but, when police arrived, he was arrested. 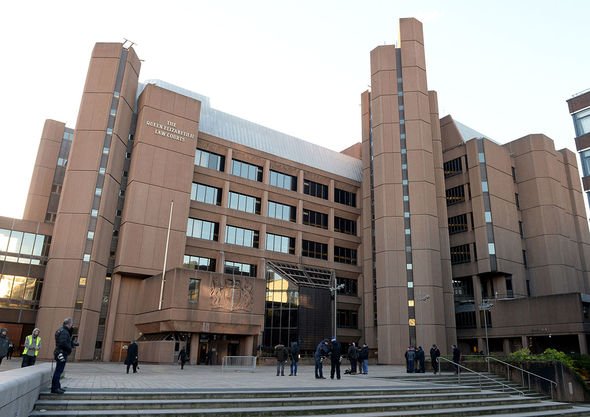 Gerald Baxter, prosecuting, detailed how the woman said she is now too frightened to go out on her own.

Mr Baxter said: “She can’t go into Liverpool on her own because she thinks about ‘walking down Lord Street and past the alley where the man tried to pull me towards’.”

The woman, who cannot be named due to legal reasons, said she “couldn’t imagine seeing that street again”, adding “I just couldn’t go to Liverpool city centre”.

The court heard the woman has been unable to sleep and “lies awake thinking about what happened.”

Mr Baxter said she is “unable to be independent and go to the shops on her own”.

Punja, who lives in Liverpool city centre, has four previous convictions for four offences, including the sexual touching of a woman whilst she was travelling on a train in 2012.

But Stuart Nolan, defending, asked the judge to take into account the defendant’s guilty pleas to the charges of kidnap and kidnap with intent to commit a sexual offence.

“Without alcohol misuse he appears not to be of significant risk,” the lawyer said.

“It is also important to state at this point the previous conviction is some distance away – there have been elements of control over alcohol misuse.”

However the judge explained there was an issue with Nolan’s basis of plea, forcing the victim to relive the events in a Newton hearing – a form of mini trial based on the facts of a case which is also referred to as a ‘trial of issue’.

The judge noted that the case is “mitigated by the fact you suffer from an identified mental disorder of alcohol misuse” and “to a small extent by your expressions of regret to the author of the psychiatric report”.

Punja will sign the Sex Offenders Register for life.