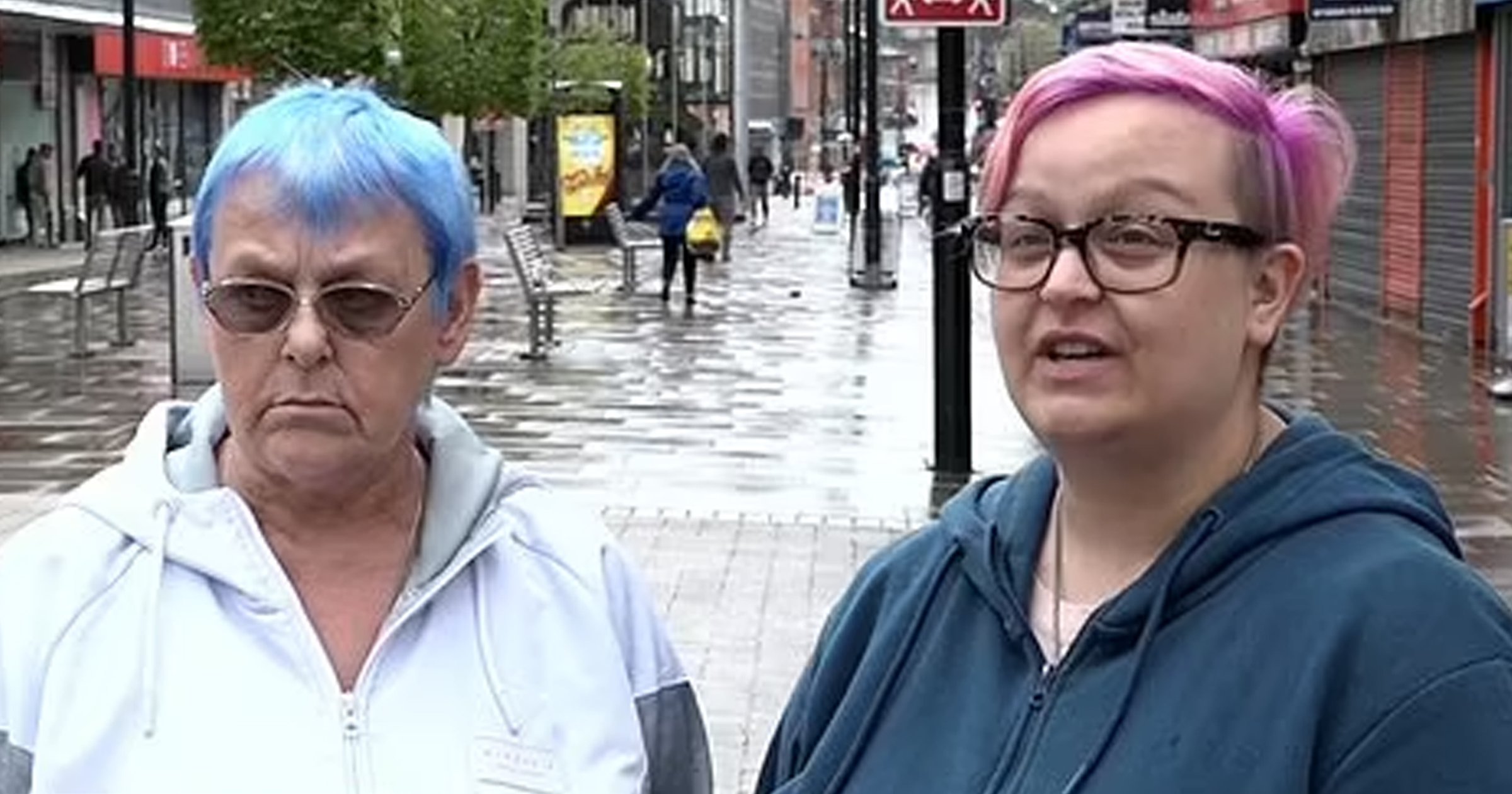 A woman said she’s too ‘worried’ to leave her home due to Covid-19 while stood in the middle of a high street.

In an interview with Good Morning Britain on the streets of Bolton, the unnamed woman said she was scared to get out of the house amid a surge in cases of the Indian variant.

Standing in the middle of the town centre, she told reporters: ‘I won’t even leave the house.’

A clip of the interview has since been shared thousands of times on Twitter, as some social media users had a sneaky suspicion that the resident may have left her home.

One poked some light-hearted fun saying ‘nice house though’, while others complemented the ‘massive living room’ and garden.

Others threw a different theory in the mix suggesting the pair were at home stood in front of a green screen, with one saying ‘these Zoom backgrounds are amazingly realistic’.

One suggested that she could have been on the way to or from work when she was interviewed and people still need to get out to pick up shopping and essentials. 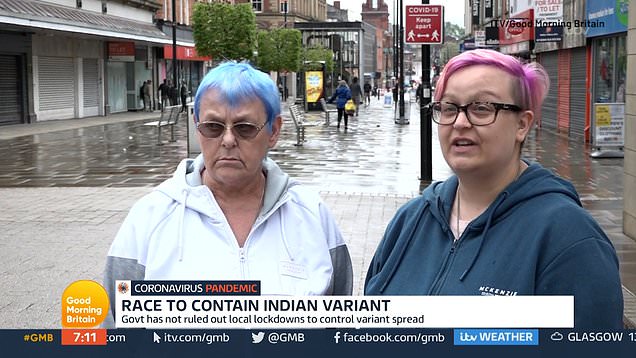 Other residents of the Greater Manchester town, which is experiencing some of the highest number of cases, told reporters they were concerned about the fast-spreading strain.

More than 2,300 cases of the variant first identified in India were confirmed in the UK on Monday, with 483 of them in Bolton and Blackburn with Darwen.

Data from Public Health England (PHE) shows the mutated strain is now causing more than half of Covid-19 infections in a number of local authorities.

In the two weeks leading up to May 8, the variant made up more than 80% of infections in Bolton and Blackburn with Darwen – up from 28.6% and 18% respectively on April 24.

The health secretary said earlier this week that 19 people in Bolton have been hospitalised with it, with the majority of them eligible for the vaccine though they had not taken it.

Measures to combat the variant, known as B.1.617.2, have been ramped up in both areas, with extra vaccinations deployed and surge testing in place.

Matt Hancock is expected to speak further about the government’s plans to tackle the variant in a Downing Street press briefing this evening, amid concerns it could jeopardise plans to ease lockdown restrictions.

The strain has now been found in 40% of local authorities in England and is continuing to rise even as cases of the country’s dominant Kent variant fall.

It was found in 127 areas in the weeks leading up to May 8, having been first identified in the nation in the week ending April 3.

By mid April, the variant had spread to 26 local authorities in England and by the end of the month it was detected in 92.