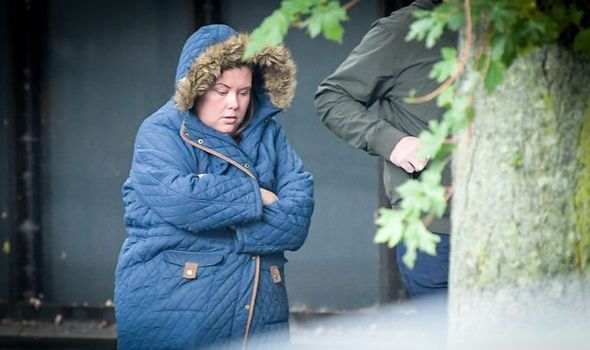 Rachel Howarth, 31, claimed the huge sum over a three-year period after telling the Department of Work and Pensions (DWP) that she lived alone with her daughter. However, her partner – the girl’s father – was residing at the same address.

Howarth’s deceit was uncovered after her partner, Adam Carter, took out a loan using the address in Droylsden, Greater Manchester.

The mum was interviewed by a fraud investigation for the DWP and, as Manchester Evening News reports, she told them she had been in an on-off relationship with Mr Carter, and said whilst they didn’t live together, he did stay over on some occasions when seeing his daughter.

She said he paid rent, admitted knowing that his bank account and loans were linked to the address and said he gave her money regularly.

However, Howarth was spared jail and instead handed a 12-month community order and four days of rehabilitation activity requirements.

Sentencing her at Manchester Crown Court, Judge Hilary Manley said: “During the course of three-and-a-half years, your on-off partner was living with you, albeit on an irregular basis, and providing modest financial contributions to the household.

“You received just short of £60,000 in benefits in which you were not entitled.

“However, there is no evidence you were living in luxury or accrued expensive possessions.

“It is clear you are a hard-working, devoted parent to your child.”

Mark Kellet, prosecuting, said: “The defendant claimed Universal Credit, the live service, for herself and her child and said no one lived at the house other than her and her child.

“On June 10, 2015, details were collected and she confirmed there had not been a change in circumstances to the DWP.

“On July 31 2018, she was telephoned about her benefits and declined there was any change in circumstances.”

She said that she was “aware a failure to do so may result in action being taken against me.”

Howarth then made a call for a ‘full service’.

In the call, she stated she did not live with anyone at the property and worked for nine hours per week.

She said the information was correct and there was no change in circumstances.

Referring to Mr Carter, Mr Kellet said: “In June 2016 he took out a loan and gave that address in Droylsden.

“On January 4 2017, he had a bank account with Halifax, and gave the same address and further employment records from September 2015 showed he was residing at the address.”

Andrea Locke, defending, said: “This was a spectacular fall from grace for her.

“She has secured a degree in education which she undertook in night school and has remained in secure employment for a number of years, and the relationship has stabilised.

“She is extremely remorseful, she has had this matter hanging over her head for a significant period of time and she is extremely anxious to be in court.”