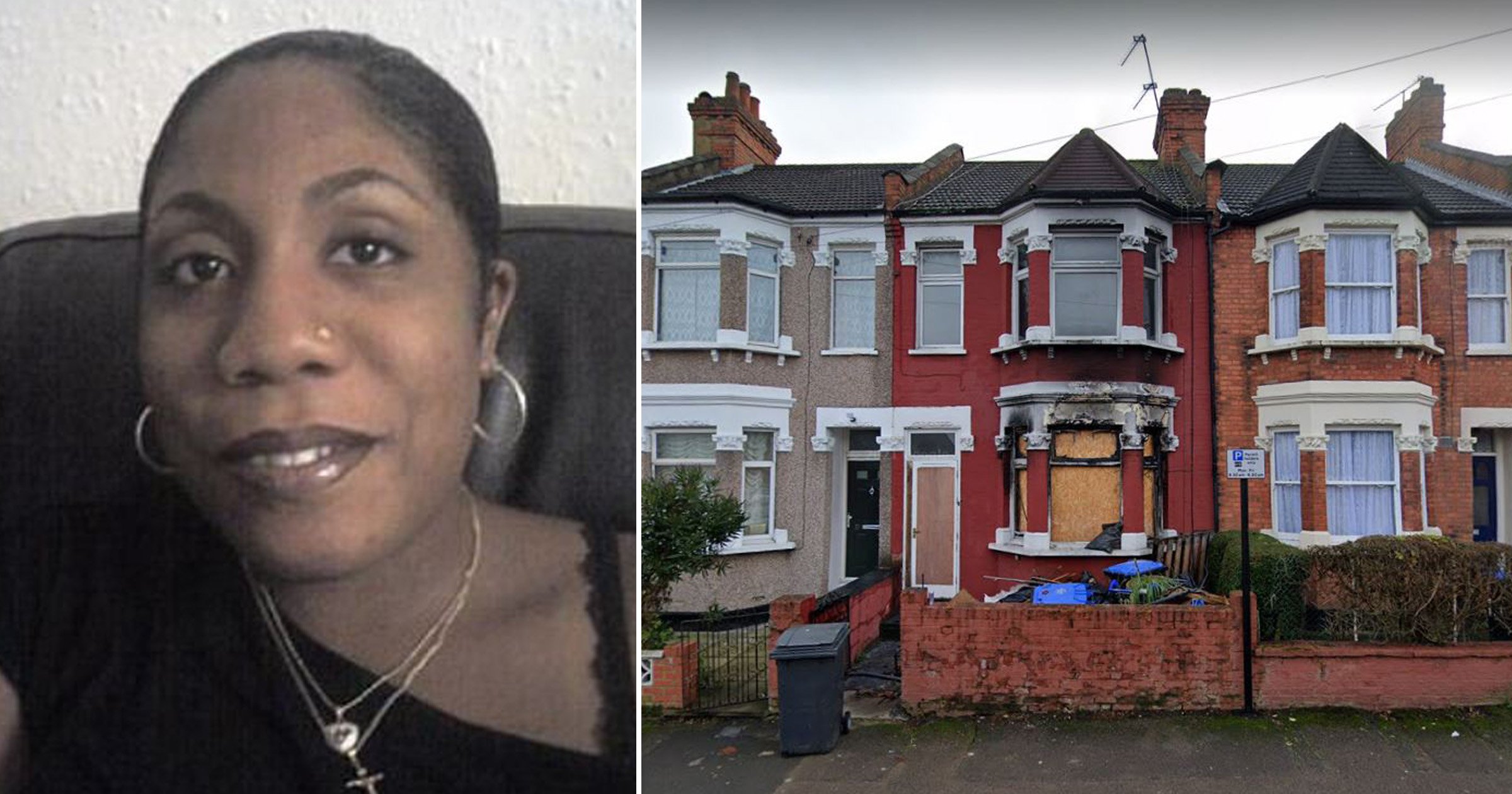 A man allegedly told his estranged wife he hoped she ‘suffered and died’ hours before he burnt her to death, a court has heard.

Damien Simmons, 45, is accused of pouring petrol on Denise Keane-Simmons, 36, and setting her on fire in her own home in Harlesden, North London on April 16 last year.

The teaching assistant later died in hospital from extensive burns and smoke inhalation.

Now, the Old Bailey has heard Simmons sent his ex a terrifying WhatsApp voice note just a few hours before the blaze.

Ms Keane-Simmons had called police to her home several times over Simmons’ behaviour after the couple split up, the jury was told.

She called cops on the day of her death after Simmons allegedly posted a naked picture of her on Instagram.

But they left 40 minutes before Simmons supposedly set her on fire.

Police went on to find two other intimate photos of Ms Keane-Simmons on Simmons’ phone, allegedly taken with a spy camera placed inside her home, the court heard on Thursday.

Simmons has admitted manslaughter and disclosing private and sexual photographs with intent to cause distress.

But he has denied murder, arson with intent to endanger life and voyeurism.

The prosecution has closed their case and the trial continues until Friday.