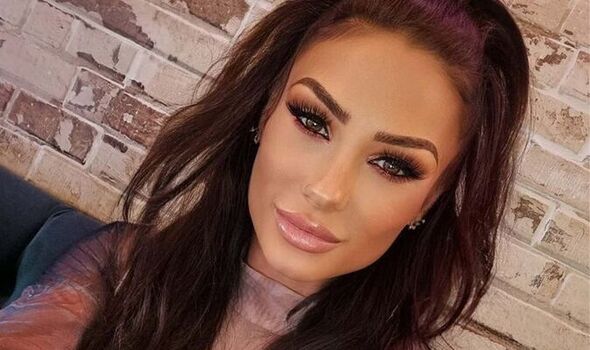 Heather Underwood told StokeonTrent Live that she was arrested at 9.50am on Thursday, after police turned up to her door with a warrant. According to Heather, the experience has left her anxious and feeling “degraded” after she was taken to a custody suite by police. Whilst there, she says she was told that there was a warrant from 2014 and it was related to when she lived at a different address and had allegedly left a number of black bin bags next to her rubbish bins.

The 32-year-old says she had no clue what the officer was talking about. Heather also says that she was taken from the custody suite to court, where she was kept locked in a cell, only to be told at 2.30pm that the case had been discontinued.

She says she had just moved into the property in 2014 and the previous tenants had filled the bins, leaving her with no choice but to put her rubbish into black bin bags and put them next to her bins on bin day. She says she remembers receiving a letter the next day from Stoke-on-Trent City Council explaining that the bags had been ripped open overnight and they had cleaned it up. That was allegedly the last correspondence she had received on the matter – until the policeman appeared at her door.

Heather said: “I got up in the morning and I was just about to have a bath when I got a knock at the door. It was a police officer and he asked me if I knew that I was wanted. I said I’d got no idea at all. He said he’d got a warrant for my arrest. I was shaking, I had no idea what he was talking about.

“I got taken into custody and I had my shoes taken off me, my phone taken off me, I was searched, and put in a cell. The most degrading part of it was when I had to use the bathroom and the toilet just had a glass window, I didn’t even have any privacy when I went to the bathroom.”

Heather claims she missed out on a day’s pay of around £200 as a result of the arrest. She told Stoke-on-Trent Live she makes money on OnlyFans.

“I was told that the warrant was from 2014 and the charge was fly-tipping. But it wasn’t fly-tipping, I’d left the bin bags next to my bins as I couldn’t fit any of my rubbish in as it was already full from the previous tenants. Then I was taken to the magistrates’ court in Newcastle, announced as a prisoner, and taken to the cells. I was allowed one phone call at the police station and I called my mum and she came to the court.

“I was just trying to comply and get it sorted. It got completely thrown out. They came to my cell and told me to just go home at about 2.30pm.

“I had spent time in the cells, being treated like a criminal. I was nervous and anxious, and then in the afternoon they just let me go. It was a big waste of time and money.”

Heather explained that she was extremley suprised by the ordeal. She claimed the incident was “embarrassing” and has left her “shaken up”.

“It’s just so embarrassing being paraded down my street and into a police car. It was mortifying, I’ve never been in trouble with the police, I was terrified. I was really shaken up.

“It’s just wild. They locked me up for some bin bags from eight years ago. I can’t believe they are wasting taxpayers’ money on something so ridiculous. There’s a shortage of police and that’s what they’re wasting their time on. I’ve had no apology or explanation for putting me through that.

“I’m on the electoral roll, I pay my council tax, why couldn’t they find me until now? I’m just gobsmacked about what’s happened.”

Heather relies on the money she makes from her modelling. She said: “To lose a day’s work is a lot of money. It has cost me.

“I’d planned to make some content, such as pictures and video, and it would have made anything from £100 to £200. If I’d had time I would have done some webcamming and that’s another £100.”

The court has confirmed that the fly-tipping allegation and the alleged breach of bail were both discontinued.

A Staffordshire Police spokesman said: “Officers attended an address in Knutton on Thursday, June 30 to execute an arrest warrant. A 32-year-old woman was arrested on suspicion of failure to answer to court/police bail. She appeared before magistrates at North Staffordshire Justice Centre on the same day.”

StokeonTrentLive has contacted Stoke-on-Trent City Council for a statement.