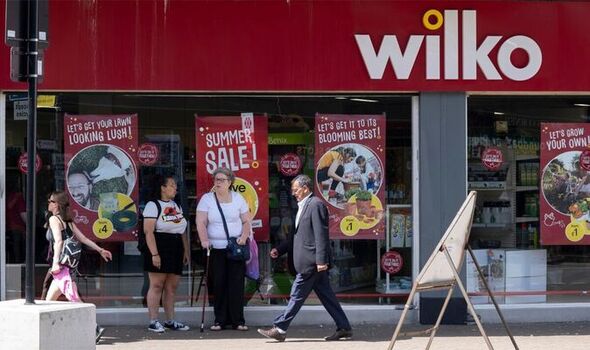 A woman has taken bargain hunting to a whole new level after completely clearing the shelves in Wilko of a “briliant” discounted item she spotted. Thrilled with her discovery, she shared her find online, saying she had found packets of seeds in her local Wilko that were originally as much as £1 each, but had been massively reduced down to just 5p per packet.

Not wanting to miss out on the huge savings, the woman decided she would clear the shelves, and rammed her trolley full of 533 packets of seeds, reports the Mirror, giving her a total spend of £26.65.

The woman posted her bargain buy on the Extreme Couponing and Bargains UK group on Facebook, where she wrote: “533 packets of seeds for £26.65! 5 pence a packet reduced at Wilko.”

She also shared a picture of her shopping bag at the end of her trip, which was filled to the brim with seeds. Many of the packets had price stickers on the front indicating some had originally been 75p, while others retailed for £1. Although the woman was thrilled with her find, commenters were less than impressed, with many saying she was wrong for buying up the entire stock in her local shop and not leaving any for other shoppers.

One person said: “A haul like that is selfish. She’s obviously not going to be able to grow them all. They are clearly to resell and make a profit.

“Now don’t get me wrong, I applaud enterprise, but come on – to purchase every last packet and not give anyone else a shot at them. Totally selfish. Rant over.”

The woman insisted she wasn’t acting selfishly when she purchased the seeds, as she actually plans to give them away as wedding favours when she ties the knot and is trying to keep her wedding costs as low as possible.

Giving seeds as wedding favours is a common practice, and the woman will have saved a fortune with her bargain purchase.

She explained: “They’re for my wedding favours so will be shared between many many people who love gardening and growing things. Not sure how that’s selfish, but I hope you feel better for saying it. As a permanently broke student trying to arrange a wedding as cheaply as I can, they make cute and very cheap wedding favours.”

Other commenters joked they were pleased they weren’t the ones behind the woman in the queue at Wilko as her order would have taken ages to scan through, but she insisted she had asked staff to open a separate till for her.

She said: “I went up to the checkout lady and begged her to open me up a self checkout especially. She looked at my basket, said ‘oh my god’ and opened one up.”