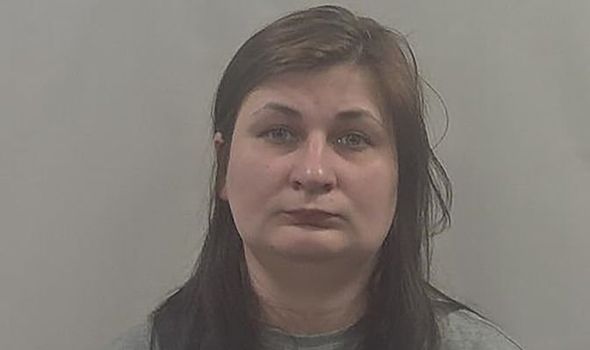 Anna Krolikowska, 27, butchered 32-year-old Adam in the heart during a heated confrontation after huge amounts of vodka were drunk at a celebration barbecue at their home. A court heard Krolikowska picked up a knife, and shouted: “I will kill you” at her partner after accusing him of using sex workers.

She pursued Mr Krolikowski with the blade and fatally stabbed him at the address in Grimsby, Lincolnshire.

Hull Crown Court heard the defendant had originally been charged with murder but the Crown accepted the defendant’s guilty plea to manslaughter, and she was jailed for six years today. She had also pleaded guilty to possessing an offensive weapon.

Mr Krolikowski, who had two young children with his wife, died in hospital of injuries caused by the 9cm-deep single stab wound, reports Grimsby Live.

Describing the tragic events of Saturday 24 April 2021, Mr Wright said: “Their young children were present as were friends and family members.

“During the party, a very significant amount of alcohol was consumed by those present.

“At least six full-sized bottles of vodka were shared by the six adults present and this included the defendant, who was extremely drunk.

“She had been drinking since the morning.”

The court heard it had appeared Mr Krolikowski had kicked his wife before the barbecue, and she complained about the assault to their friend and showed him a large bruise on her thigh.

When friends started to leave at around 8pm, the couple began rowing.

“In this argument, she was shouting at the deceased and calling him a traitor,” said Mr Wright.

She seemed to believe her husband was unfaithful to her and used the services of prostitutes.

Mr Krolikowski said that he was going to walk home with a friend and took hold of her arms to push her away from him.

She pursued them – not wearing shoes – and had armed herself with a knife. She shouted: “I will kill you.”

She claimed, however, that she was shouting that she would kill herself.

Mr Wright said: “The fact remains that she armed herself with a knife, pursued the deceased with it and, when she caught up with him, stabbed him in the chest.

“Before she did so, she was calling the deceased a who*e and a traitor.

“The deceased did not react to the abuse being shouted and did not offer any violence. His only action was defensive.”

The level of force used was mild to moderate. He had briefly grappled with his wife.

Krolikowska initially tried to conceal the knife and pretended that others had attacked and stabbed her husband.

She later showed police where she had put the knife and admitted stabbing him, although she had not intended to do so.

The couple, from Poland, had been together for about 14 years and married for about two years.

She claimed that violence started within a year, with the worst incident in 2015 or 2016 when he hit and kicked her.

The most recent incident had been in November last year.