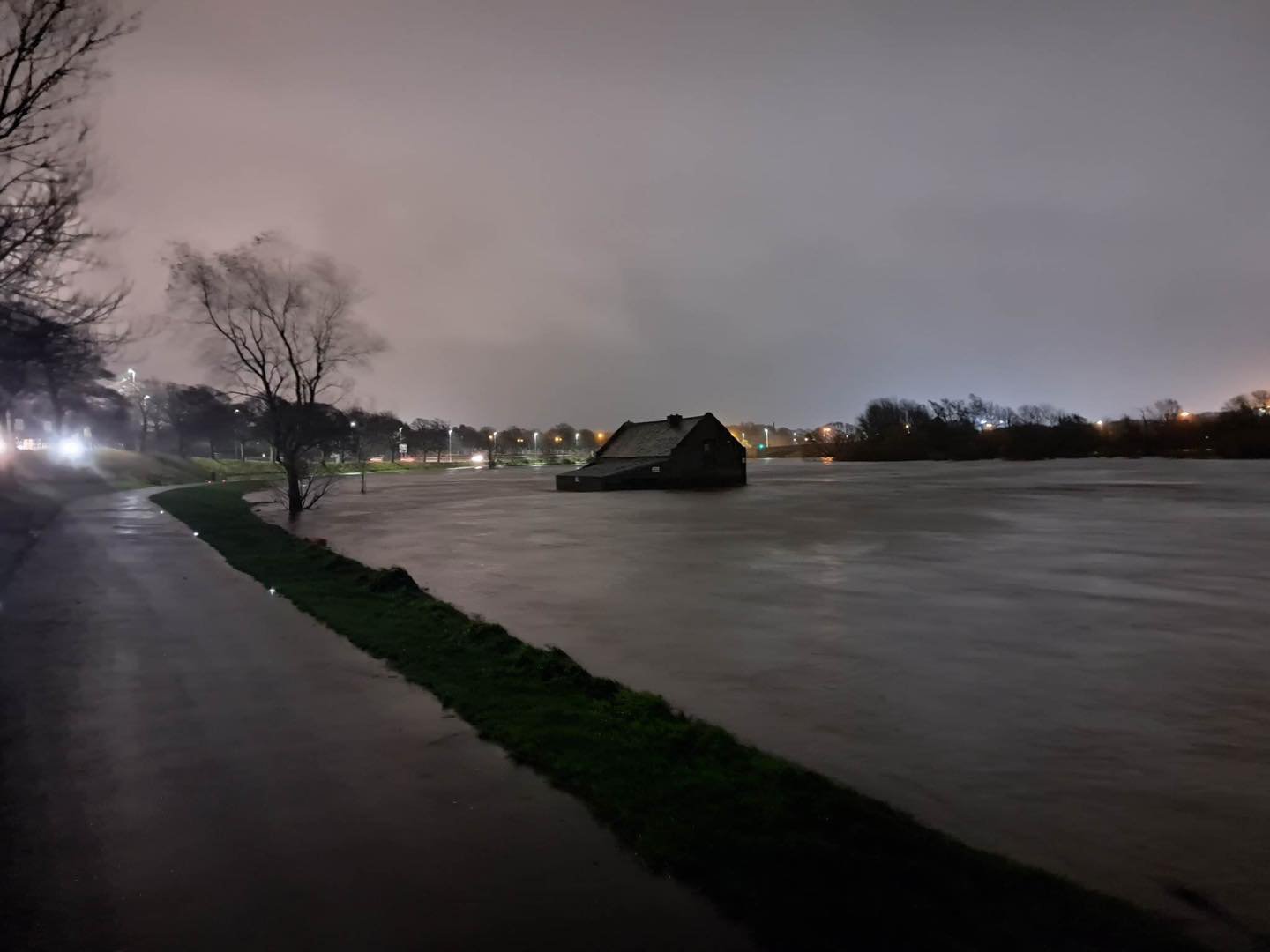 A woman swept away during floods in Scotland had reportedly been trying to rescue her dog.

Torrential rain hit large swathes of the UK yesterday, causing rivers to burst their banks and roads to become impassable.

A massive search had been launched at the River Don, near Monymusk in Aberdeenshire around 3pm.

Emergency services had received reports of ‘concern for a person in the water’.

According to the Daily Record, the woman had entered the water to try rescue her dog.

The search was stood down at 6pm yesterday.

A Police Scotland spokesperson said: ‘Around 3.05pm on Friday, November 18, police were called to the River Don near to Monymusk following a report of concern for a woman in the water.

‘Police and emergency services attended and searches were carried out.

‘Following assessments of the river conditions, the search has been stood down for the evening.

Weather warnings were put in place and several communities risked being inundated by rising waters yesterday.

Shelters had been opened in some parts of Aberdeenshire after flood warnings were escalated to severe.

Power cuts had hit the likes of Inverurie, Kintore, Stonehaven, Portlethen and Hatton of Fintray.

Lighter rain will continue to linger over east Scotland today, as well as returning to east England.

However, it is not expected to be as heavy or persistent as in recent days and the Met Office say, for most of the country, it will be a ‘dry and fine day’.

Met Office Chief Meteorologist Steven Ramsdale said: ‘The most impactful rain in the east of Scotland will have largely cleared on Saturday morning, leaving behind lighter, more sporadic rain.

‘Saturday looks to be largely dry and fine for many, with a lull in the stronger winds and rain before a further period of wet and windy weather arrives from the west later on Saturday and into Sunday.

‘This then clears to blustery showers for most on Sunday but with these systems moving through rainfall totals will not be as high as in some recent events.’