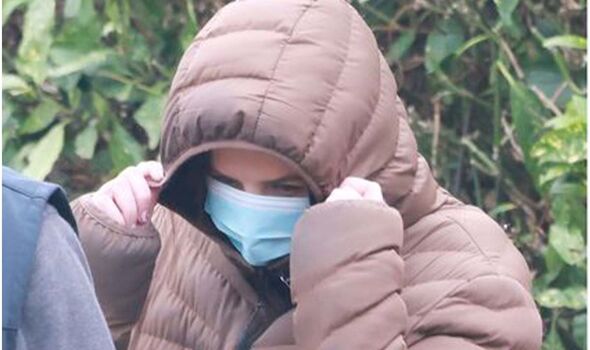 A driver has appeared in court after texting at the wheel before a serious crash mash, which left a van driver injured and motorists hit with huge delays.

Hayley Edwards was swerving across the dual carriageway and crashed through a sign on the A174/A19 slip road.

The 26-year-old veered off the road onto a grass embankment and hit a van, reports Teesside Live, which left it beyond repair.

The Marske woman was spotted texting and holding her phone out in front of her in one hand for one mile whilst driving her blue convertible Ford Ka. The multi-car collision left two people hospitalised and motorists facing huge delays as the road was closed for several hours.

Edwards, of Priestcrofts, appeared at Teesside Magistrates’ Court on Monday. She pleaded guilty to dangerous driving on the A19 north on August 23, last year.

Prosecutor Rachel Butt told how it was just after 1pm when Edwards was spotted driving on the A19 and A174 in her Ford convertible with the top down. A witness described how she drove for around one mile whilst ‘holding her phone in one hand in front of her’ and was ‘texting while driving’.

He told how Edwards was swerving and at one point lost control of the vehicle. The Middlesbrough court heard how she veered off the road onto a grass embankment and drove through a sign on the A19.

Edwards then struck a van which left it on its side. The male driver of the van was left with a broken finger as his arm ‘smashed through the window’ and his arm dragged along the tarmac.

The van was also written off, Ms Butt added. The prosecutor asked the magistrates’ bench to send the case to Teesside Crown Court for sentencing as it is ‘too serious’ to be dealt with at the magistrates’ court.

Paul McGee, mitigating, made no representations during the hearing. The magistrates’ bench sent the case to the higher court where Edwards will appear on February 20. She was granted unconditional bail.

The magistrates’ bench also imposed an interim driving ban until she next appears in court.