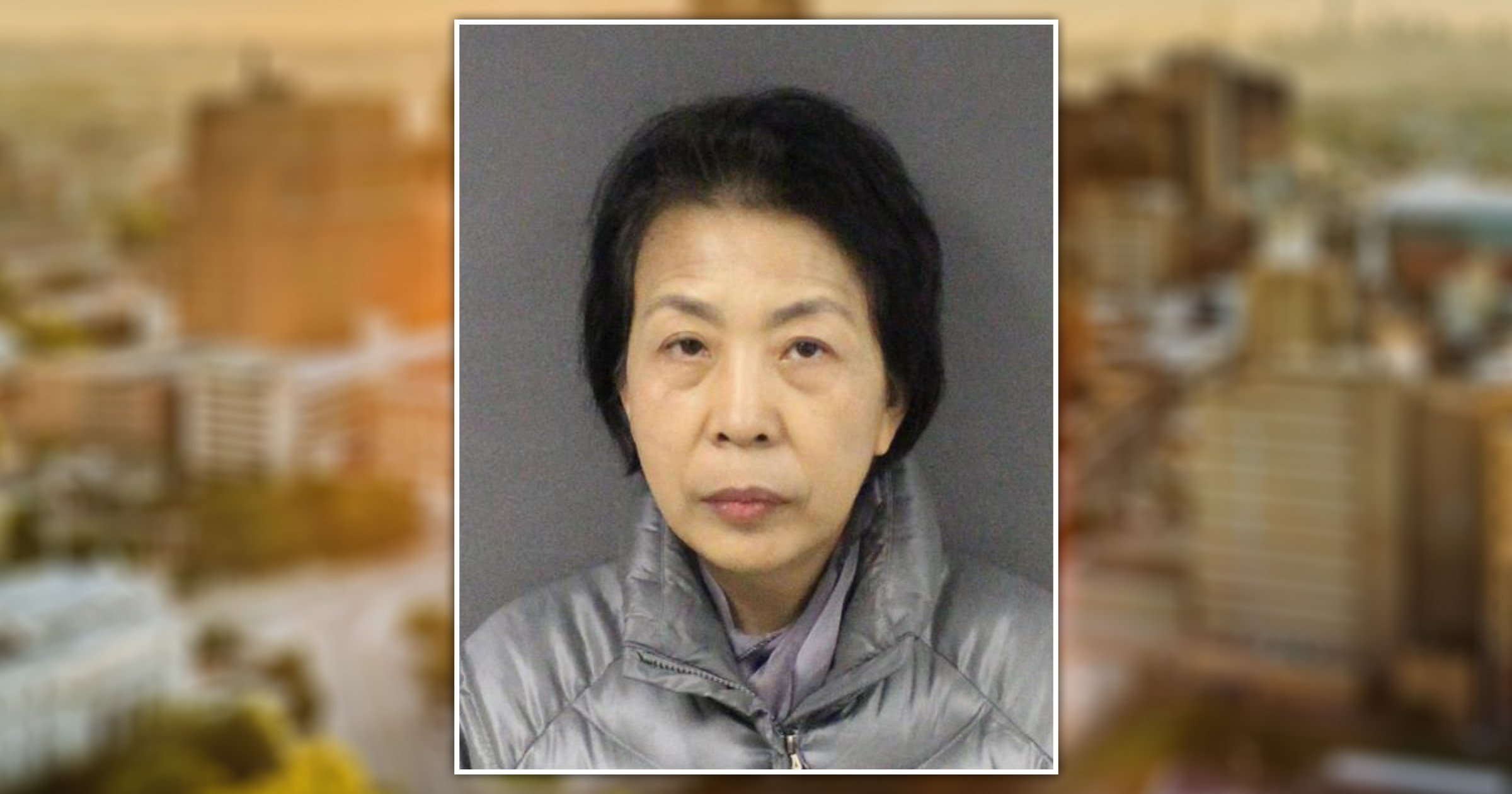 A woman in Pennsylvania was arrested after trying to hire a hitman to kill her ex-husband’s new wife, and possibly his new wife’s teenage daughter.

Marilyn Zhou, of Chadds Ford, PA, was arrested by police in New Jersey on December 18 and charged with attempted murder and money laundering.

According to the Mercer County Prosecutor’s Office, Zhou, 56, had tried to hire a man across state lines to commit the murder.

Earlier in December, the New Jersey Special Investigations Unit (SIU) was notified that Zhou was searching for a murder-for-hire. The SIU set up a sting operation to stop her.

According to the prosecutor’s office, Zhou met an undercover officer from the SIU on the morning of December 18.

‘Zhou provided the officer with two color photographs of the victim, $21,000 in cash, rubber nitrile gloves and a towel to carry out the murder,’ the prosecutor’s office stated. ‘She also told the undercover officer that if the victim’s 13-year-old daughter was present at the time of the murder, she should also be murdered.’

Zhou told the undercover cop that she would pay an additional $20,000 when the task was completed.

Shortly after the meeting, police arrested Zhou and took her into custody.

Police searched her home in Chadds Ford and found an additional $18,000 in cash, as well as ‘items she advised the undercover officer to use during the murder.’

Prosecutors have filed a motion to keep Zhou detained until trial.

This is not the first murder-for-hire plot authorities have disrupted recently. In June, a California man pleaded guilty to federal charges after he tried to hire a hitman on the dark web.

Scott Quinn Berkett, of Beverly Hills, attempted to pay $13,000 in Bitcoin to a dark web group – who promptly handed his identity and information to a media outlet. The outlet then contacted the FBI, who took him into custody.