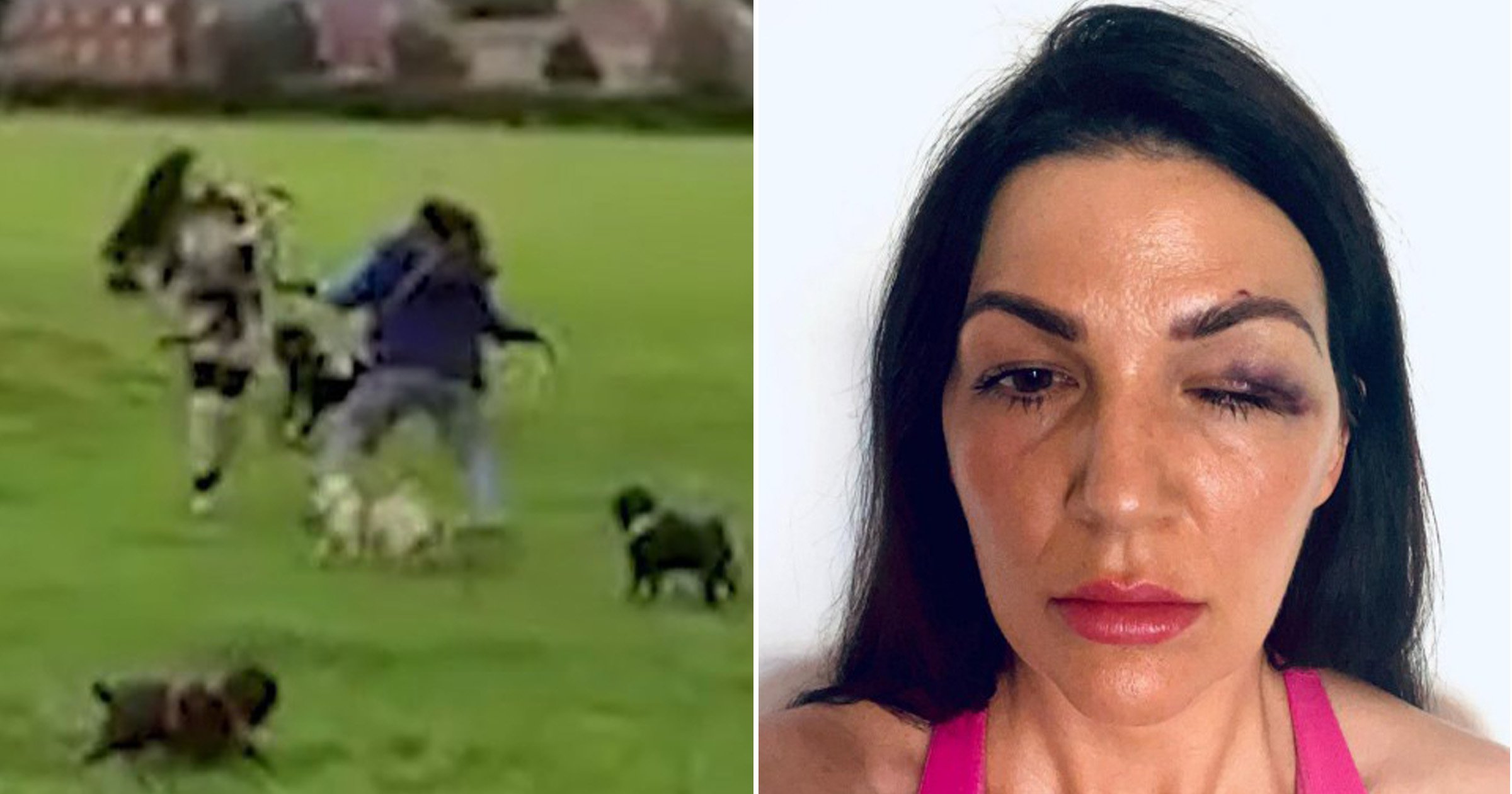 A woman says she was left with a black eye after a dog walker whipped her in the face as she tried to defuse an argument.

Emma Clay, 36, was walking her seven pugs when she came across Nikki O’Donoghue arguing with a man in Cricketers Park, in Liverpool’s Wavertree area.

She says she knew both parties a little bit as they all used the park for dog walking, so she went over to try and calm things down.

But she claims Mrs O’Donoghue, owner of Diamond Doggy Care, accused her of ‘siding’ with the man and tensions quickly rose to a boil.

She and a witness started recording on their phones, but that didn’t stop the situation on Wednesday from getting violent.

Mrs O’Donoghue tried to grab the phone out of her hands before twirling a dog lead and eventually whipping it into her face as she tried to back away. 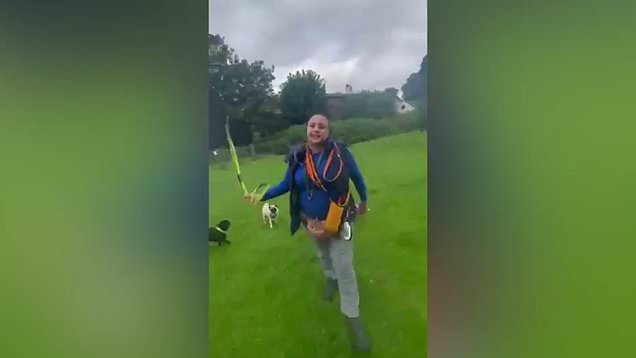 The professional dog walker then left the scene in her van. She told the Liverpool Echo she accepted striking Miss Clay with the lead. However, she claims she ‘lost her temper’ after being ‘verbally abused’.

Merseyside Police confirmed officers are investigating reports of an assault and have invited a woman to attend a voluntary interview.

A spokeswoman said: ‘It was reported that, following a verbal altercation in Cricketers Park, near Sandown Lane, a woman was hit in the face with a dog lead.

‘The female suspect then made off in a white Renault van. The victim suffered minor injuries to her face and was left shaken by the incident.

‘Patrols attended the scene and, following enquires, a woman is due to voluntarily attend at a police station for interview by officers.’

Detective Inspector Chris Saidi said: ‘We will not tolerate violence in this manner.

‘If you were in the park on Wednesday afternoon and saw or heard anything then please get in touch with us, either directly or anonymously, to help us with our enquiries.”

Miss Clay said: ‘It was horrible, it really was. I suffer with a lot of anxiety and it was so upsetting.

‘I feel like I can’t go out of the house in case I bump into her.’

Miss Clay describes her pugs, named Buddy, Eric, Rico, Macy, Button, Beau and Coco, as her ‘babies’ after cancer treatment left her unable to have children.

But after the attack, she now she says she feels she cannot go into the park to walk her pack.

Miss Clay says she saw Mrs O’Donoghue arguing with the man about his dog allegedly growling at one of several she was walking.

However, she noticed the man was inside a fenced off area used for puppies or dogs that are not suitable to be too close to other dogs.

Miss Clay says she suggested that Mrs O’Donoghue should not get too close to the fence, which caused her to get angry.

The man who was arguing said Miss Clay approached to ‘defuse’ the situation.

Mrs O’Donoghue confirmed she would be attending the voluntary interview with a solicitor.