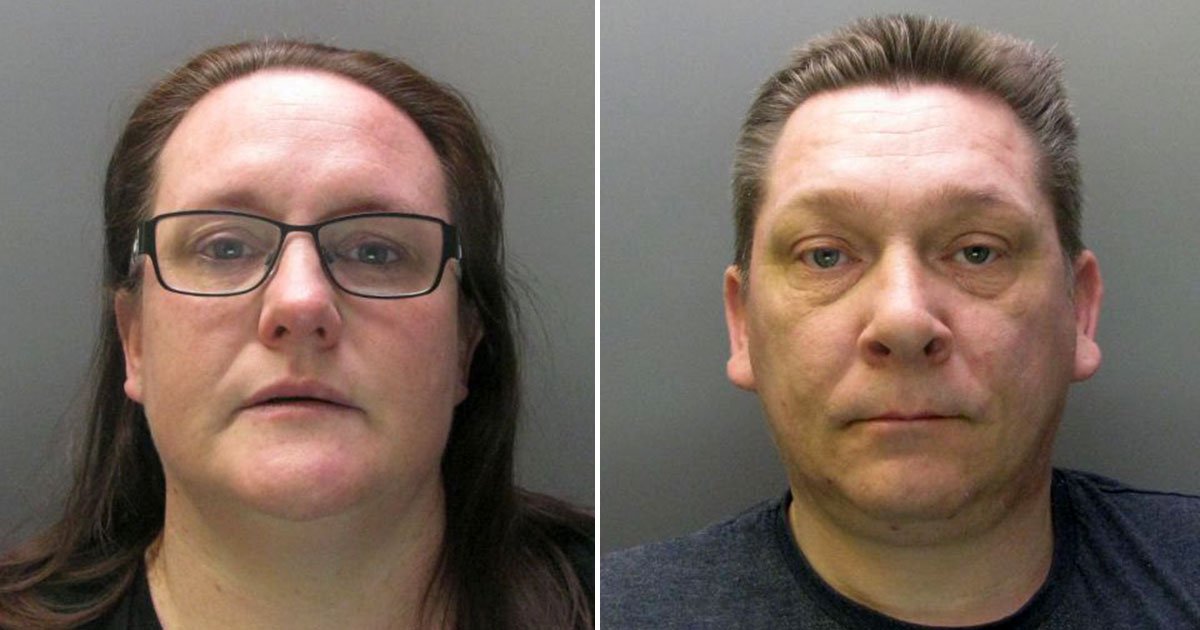 A woman who made a child eat her own vomit during a years-long campaign of cruelty has had her jail term more than quadrupled by senior judges at the Court of Appeal.

Lorna Dennington, 47, admitted repeatedly hitting three children in her care, including by slapping them, punching one child on the nose and hitting another in the head with a cupboard door.

She also dragged a girl out of a bunk bed and down the stairs by her hair on one occasion and would use a kitchen scrubbing pad on her skin if she thought she had not properly washed in the bath.

In his ruling, Lord Justice William Davis described an incident where one of the children, who was said to be around 15 or 16 at the time, had thrown up her dinner, adding: ‘Lorna Dennington made her pick up the vomit from the floor and eat it.’

The court heard how her husband Christopher Dennington, 51, spent all but around £1,000 of one child’s £59,000 trust fund that had been left to the boy after his father died.

Lord Justice William Davis said the now-adult had wanted to use the money to buy a house.

In a statement, he said: ‘I am gutted that the money left to me after my father’s death is gone … They have taken away my dreams by stealing the money.’

Her husband Christopher Dennington, 51, was also jailed for 12 months for the child cruelty offences and one count of fraud.

The cruelty spanned multiple years against three children in their care, with one child facing the cruel treatment between 2006 and 2017.

Their sentences were referred to the Court of Appeal as ‘unduly lenient’ and appeal judges increased her sentence to four years and ten months in prison while he now faces a sentence of six years.

Both offenders appeared at the hearing in London via video link, with Lorna Dennington held at HMP Low Newton and her husband in custody at Holme House prison.

The pair have mental health issues and had experienced trauma, the court was told, with Lorna Dennington previously stating she was overwhelmed by the responsibility of looking after multiple children.

Lord Justice William Davis, sitting with Mr Justice Murray and Judge Philip Katz KC, found that the sentencing judge had given the couple too much of a reduction on their sentences for the guilty pleas at the start of their trial.

‘There was no proper basis to depart from the guideline,’ he said, adding they were ‘wholly unreasonable’ sentences.

The judge noted that the cruelty inflicted on the children often took place in front of others.

‘This fact led each victim to a sense of hopelessness – each saw no escape from the dreadful home life to which they were exposed,’ Lord Justice William Davis said.

He concluded that the sentencing judge had fallen into ‘gross error’ with the sentences, quashing the original terms as unduly lenient.

After the hearing, Solicitor General Michael Tomlinson MP said: ‘Christopher and Lorna Dennington both showed utter disregard for the welfare of the victims inflicting lasting and considerable harm on them.

‘I welcome these increased sentences which better reflect the damage caused to these innocent lives.’