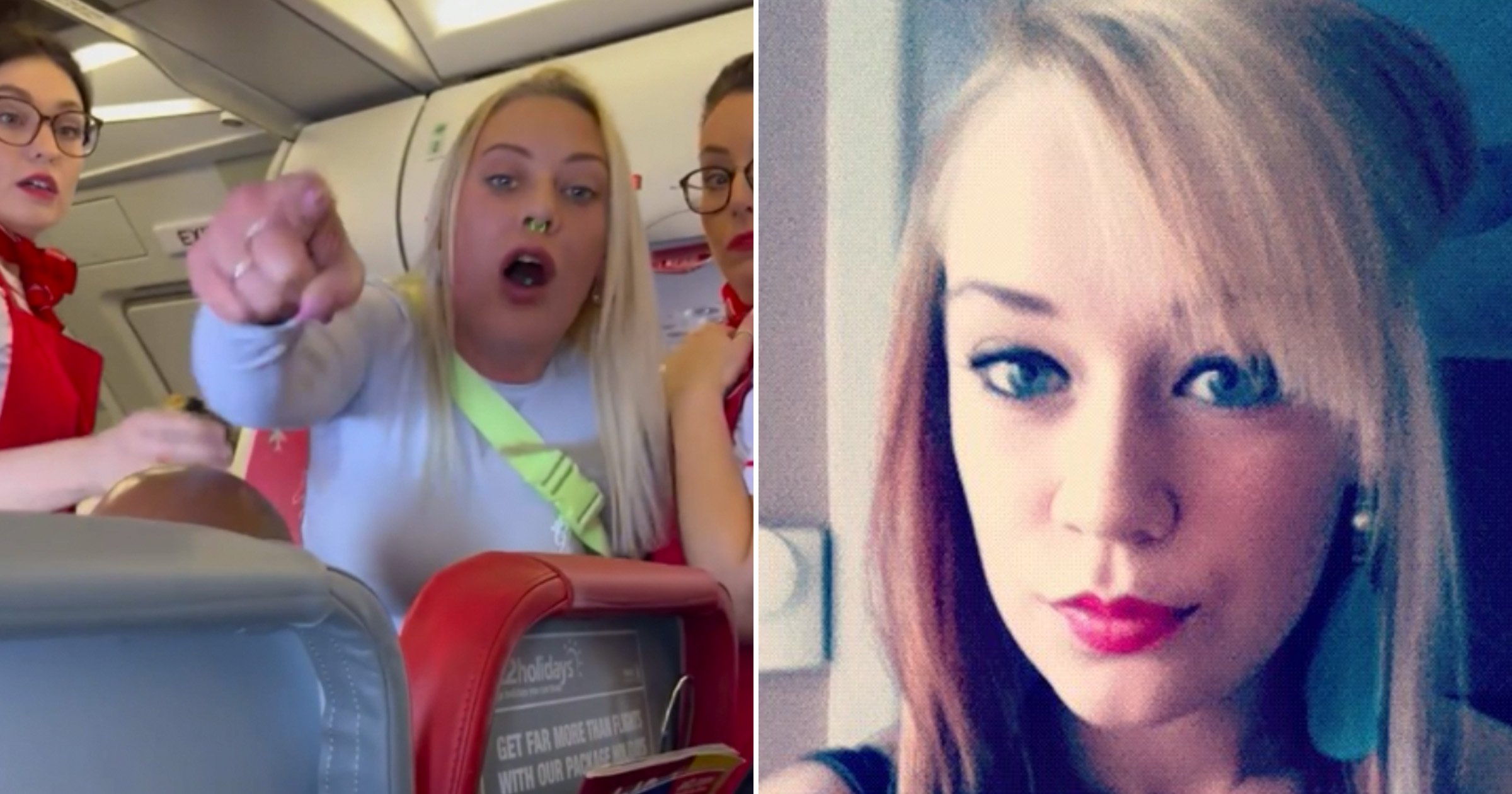 A woman who was filmed verbally abusing airline staff and thrown off a flight has apologised for her ‘unruly, aggressive and vile behaviour’.

Catherine Bush, from West Yorkshire, faced heavy criticism for her behaviour on a Jet2 flight from Manchester to Turkey which saw her scream at cabin crew and passengers.

The flight was forced to divert to Austria to kick her off, and she was later given a lifetime ban and £5,000 fine.

She has since written a letter of apology to the airline, attempting to explain and apologise for her actions which allegedly culminated in her attempting to open the airplane door mid-flight and slap a fellow flier.

Ms Bush said she felt ‘embarrassed and ashamed’ of her behaviour, which she said stemmed from a drink she had at the airport.

She admitted she was apprehensive about flying as she had never been on a plane alone, and so had had a drink before the flight to calm her nerves.

This, coupled with the fact she was without medication for mental health conditions, proved to be a ‘huge, life-changing mistake’.

‘I took alcohol on board the aircraft when I knew I shouldn’t have, I became so intoxicated I couldn’t control myself,’ she wrote in a letter seen by Leeds Live.

‘The stewardess rightly confiscated my alcohol which was not a problem, but after I asked staff for a bottle of water and was refused and unfortunately my anger got the better of me.’

She alleged after she was refused food by cabin crew, her anger ‘really took a hold’ and she lost her temper – but denied trying to open the aircraft door or getting physical with a passenger.

‘I just wanted to get out of the situation and there was nowhere to go, however I certainly didn’t try an open the aircraft door and endanger other passengers.

‘I didn’t put my hands on anyone on that flight, I have three people who were on the flight that can bear witness to the fact that I didn’t physically hurt any passengers or staff.’

Ms Bush admitted her erratic behaviour was out-of-character. She said she has received ‘so much hate’ over her actions which she is ‘embarrassed and ashamed about’.

She wrote: ‘I have received so much hate, abuse and harassment since this incident happened through social media platforms that it is having a negative impact on my mental state.

‘I am so embarrassed and ashamed with myself it’s becoming too much to bear but at least I’m in good hands with some friends here, who are making me feel a bit better about the whole situation.

‘Again, I apologise from the bottom of my heart that I caused so many people distress.’