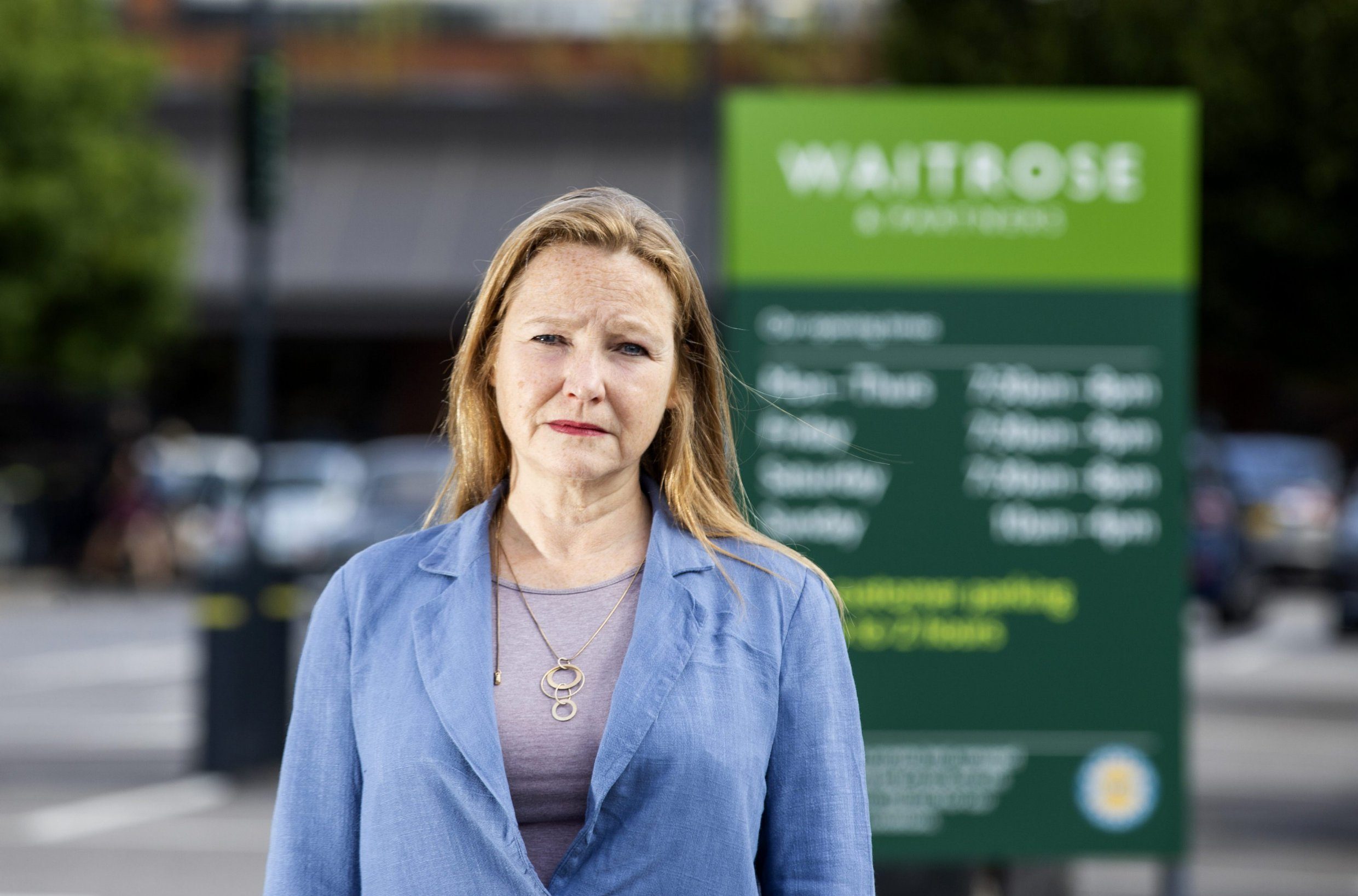 A woman is taking her local police force to court after she claims she was ‘wrongfully’ arrested and strip searched.

It began when IT consultant Juliet Johnson went shopping in Waitrose without a face mask on February 25 this year.

At the time, England was in lockdown and face masks in shops were compulsory unless people had a medical reason not to wear them.

Ms Johnson says she ‘proved’ she did not need to wear one while visiting the store on a previous occasion, showing three forms of proof including her NHS exemption card as she suffers from an autoimmune disease which affects her breathing.

Police were called to the store inChichester, West Sussex, however, after the store manager spoke to her about the issue.

Ms Johnson says that she was confronted by two officers while getting her groceries and subsequently arrested, taken to a nearby police station, quizzed and strip-searched.

After being detained for two hours, the 55 year old was released the same day with no charges.

Police have ‘strongly’ disputed that there was any wrongdoing but say that cannot give more details as ‘the legal matter is ongoing’.

The consultant maintains that she was not abusive or rude to anyone in the store but has since been banned from Waitrose and John Lewis – a ban which even includes ordering online.

During the incident Ms Johnson said she was ‘peacefully’ and ‘quietly’ pushing her trolley selecting items from the shop.

But she says she was then confronted by the supermarket’s manager who had been alerted by the security guard and was asked why she was not wearing a face mask.

After saying she did not have to, Ms Johnson said the manager left her to carry on shopping but as she was picking up a can of baked beans she was confronted by police officers.

Ms Johnson said: ‘I had already proved I did not need to wear a facemask. I, like many others, suffer from a chronic health condition, invisible on the outside but at times debilitating.

‘The manager called police without my knowledge. I told the police officer of my human rights and that I had already proved I was exempt.

‘I was perfectly civil and was just talking sensibly.

‘I did not want to be arrested. But when they arrested me, I think I laughed because I was in shock – I have shopped there for years.

‘They handcuffed me and put me in the back of a police car. That was really painful because I had my hands cuffed behind my back.

‘I was really upset because I am not an ASBO case, I am not abusive, I am a good, law-abiding citizen.’

Ms Johnson said her possessions were taken when she was arrested and she was questioned in custody about her mental health at Chichester police station.

She added: ‘The sergeant was quite aggressive towards me. I did not want to challenge her much because at that stage I was quite scared.

‘I was incarcerated in a cell. I was forced to strip naked and told if I didn’t strip myself, the female officers would do it.

‘The sergeant’s risk assessment that I needed to be put in safety anti-rip police-issue shirt and shorts had me worried she was going to have me sectioned as she had questioned my mental health.

‘I told the police my own risk assessment of myself was that I was not a risk to myself or anyone else.’

Ms Johnson believes she was held in a cell for two hours before she was released by a different sergeant with no charges against her.

She is now taking legal action against Sussex Police.

In a letter she received from police in response to her witness statement, Mrs Johnson said they made no mention of having strip-searched her.

She said: ‘The one thing that I was upset about was they made me strip naked. This was the main thing in my witness statement and they completely ignored it.’

Ms Johnson is now raising funds to take Sussex Police to court and has so far raised £2,600.

On her crowd justice funding page she wrote: ‘Bad practices in the police must be addressed and rooted out.

‘We need to see this end now. We need your support to see that justice is done, please contribute and share this page.

‘Don’t let the police get away with human rights abuse and illegal practices. It is time for action.’

A ‘protocol letter before action’ has been sent to Sussex Police and Waitrose and the police have replied to say they need more time.

A Waitrose spokesperson said: ‘This is an ongoing civil claim with Sussex Police to which we are not a party to, and therefore we are unable to comment on the matter.’

A Sussex Police spokesperson said: ‘A woman was arrested in Waitrose, Chichester, for a public order offence on February 25, 2021, and released without charge later the same day.

‘A civil claim has been received in relation to this incident, including raising concerns about her treatment whilst in custody, however this is strongly disputed by Sussex Police and liability has been denied.

‘It would be inappropriate for us to comment further whilst the legal matter is ongoing.’