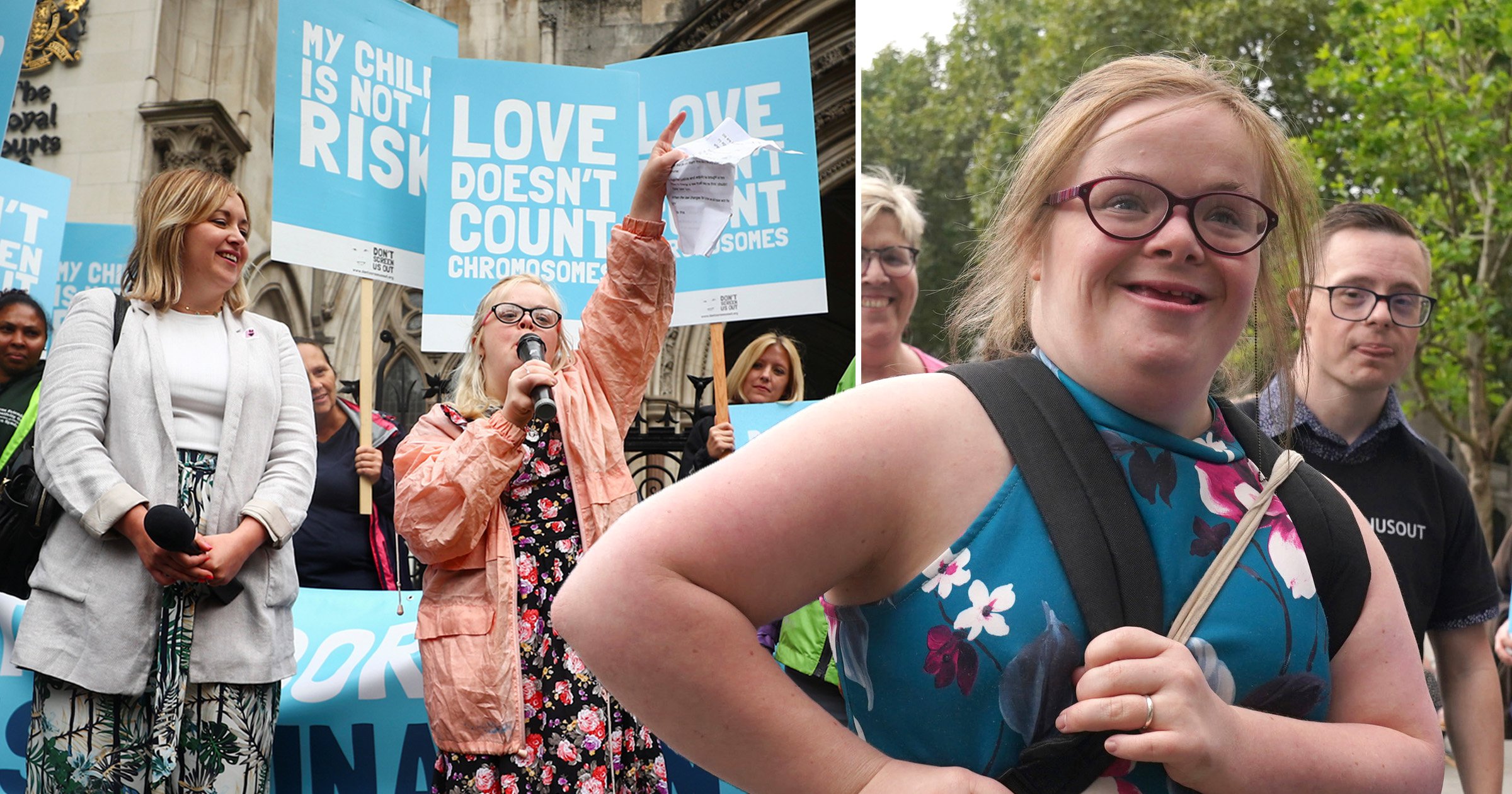 A woman with Down’s syndrome has lost a High Court challenge against the Government over its abortion law.

Currently, babies with the condition can be aborted up until birth. But Heidi Crowter, from Coventry, claims the law is ‘downright discrimination’.

The 26-year-old demanded for it to be reduced to 24 weeks so people like her ‘aren’t singled out’ because of their disabilities.

But case was dismissed today by two senior judges, who concluded the legislation is not unlawful and aims to strike a balance between the rights of the unborn child and of women.

Lord Justice Singh and Mrs Justice Lieven said at the outset of the judgment: ‘The issues which have given rise to this claim are highly sensitive and sometimes controversial.

‘They generate strong feelings, on all sides of the debate, including sincere differences of view about ethical and religious matters.

‘This court cannot enter into those controversies; it must decide the case only in accordance with the law.’

Accountant and mum-of-two Maire Lea-Wilson, 33, whose son Aidan has Down’s syndrome, also joined Heidi for the campaign alongside a child with the condition referred to as only ‘A’.

Terminations are permitted up until birth if there is ‘a substantial risk that if the child were born it would suffer from such physical or mental abnormalities as to be seriously handicapped’, which includes Down’s syndrome.

At the two-day High Court hearing back by campaign group Don’t Screen Us Out, lawyers for Heidi and Maire argued legislation as it stands is unlawfully discriminatory.

In a statement before the hearing, Heidi said: ‘The law says that babies shouldn’t be aborted up to birth, but if a baby is found to have Down’s syndrome it can be aborted up until birth.

‘This is the current law in the UK and I think it’s not fair. People like me are considered to be “seriously handicapped”, but I think using that phrase for a clause in abortion law is so out of date.

‘I am someone who has Down’s syndrome and I find it extremely offensive that a law doesn’t respect my life, and I won’t stand for it.

‘I want to change the law and I want to challenge people’s perception of Down’s syndrome. I want them to look at me and say, “This is just a normal person.”

‘That’s what this is about. It’s about telling people that we’re just humans with feelings.’

She pointed to the United Nations Committee on the Rights of Persons with Disabilities, who recently said the UK should change its abortion law.

She added: ‘I hope we win. People shouldn’t be treated differently because of their disabilities, it’s downright discrimination.’