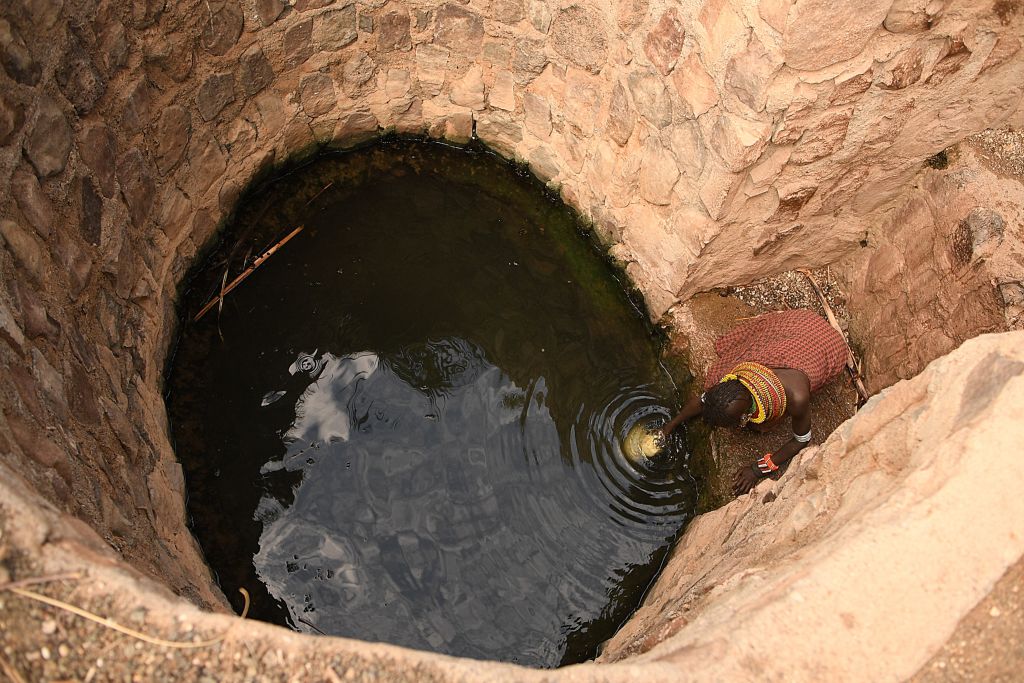 A Kenyan woman I recently spoke to told me that when she got to a water collection station, the owner suddenly hiked the price.

When the woman said she didn’t have the money, he suggested she ‘pay in kind with sex’. To make sure her family didn’t die of thirst, she was left with no choice.

Sadly, this is not an isolated incident.

As Kenya experiences its worst drought in 40 years, mothers are telling us they are exchanging sex for as little as one jerry can of water to keep their children alive. It doesn’t have to be this way.

In recent months, I was working with ActionAid Kenya’s Humanitarian Response Team, distributing emergency water, food and rations to families on the brink of survival. The drought in Eastern Africa has left 37million people facing acute hunger, according to the World Health Organization (WHO).

There has been almost no rain for two years and four consecutive seasons of poor harvest. Livestock and crops have perished and the war in Ukraine has caused global food and fuel prices to soar, leaving some families to survive on as little as one meal a day.

Aid agencies like mine are struggling to raise the funds needed to stop this drought turning into a full-blown famine. Governments are unable to cope.

The average person in Kenya needs up to 100 litres of water a day for drinking, cooking, sustaining livestock, washing, and cleaning clothes and dishes, according to the WHO. But water sources in Kenya are drying up, and queues for those remaining are long.

Women I have met told me that the average distance to get water is now five to seven kilometres, taking a staggering two and a half hours.

Some water sources can be up to 14 kilometres away, rendering them completely inaccessible to mothers caring for young children, the elderly, those living with disability and the sick. Local boda-boda drivers (motorbike taxis) are using this to sexually exploit women and more so school-going girls, offering jerry cans of water in exchange for sexual favours.

It is often young women with children or elderly family members at home to care for, resorting to these measures. To try to prevent this, some girls have told us they now leave their homes to walk early in the morning in groups to reduce the chances of being raped when going to collect the water.

A mother I met recently said that this was the worst drought she had experienced in her lifetime. Her farm had dried up, she had been priced out of staple food, her family had gone from eating three meals a day to one, and her children are emaciated.

This is a common story for hundreds of thousands of mothers across Kenya.

In the face of life-threatening hunger, their options are limited. The reality for families whose livestock have died or had to be sold is that there are few opportunities to earn a living in the height of drought.

We have heard about transactional sex for water happening in two rural counties in Kenya, but we fear this is the tip of the iceberg.

Sadly, my organisation has seen this before – sex for fish, maize, grades. Where resources are scarce, it is always women and girls who bear the brunt.

Because of the stigma around exchanging sex for water, women are too afraid or ashamed to talk about it. Add to this the significant risks of having unprotected sex, including unplanned pregnancy and sexually transmitted infections, as well as urinary tract infection caused by lack of clean water supply.

It can also lead to family breakdown or gender-based violence at home. Women have told us their husbands would kick them out or beat them if they found out.

ActionAid is working hard to prevent this from happening and to provide support to the women affected. We are working to ensure existing water structures are fully functional and taking water to people with trucks, with the aim of providing at least one public source of water in each village.

We are also working with local organisations and the Kenyan government to set up programmes for women to help them earn their own income and provide safe drinking water through borehole drilling for communities who currently get theirs from unsafe sources.

Our women’s networks work with law enforcement agencies, hospitals, and other institutions so we can make referrals and provide support to women, including counselling where needed. We create safe spaces for women and set up groups, so women understand they are not alone.

But our efforts will be in vain if governments don’t step up and do what is needed to put a stop to this crisis once and for all.

World leaders must provide urgent financial assistance to help people in desperate need of food and water. This includes more direct funding to local and national organisations led by women and young people at the forefront of the crisis.

A large part of the economy in the area is livestock-based. There needs to be a swift increase in government support of livestock infrastructure, water points, dip tanks and slaughter pads and effective methods to quickly destock before their economic value falls to zero.

Critically, the women, girls and young people affected by this crisis must be at the forefront of the decisions concerning the delivery of aid.

It’s clear to me, from all I’ve seen here, that women play pivotal roles in supporting families and the community during food and water crises, so they must be central to decision-making in the response.

Sex for water is not a choice.

It’s a coping mechanism no-one should ever have to resort to – but it is now the last one that women in Kenya and other East African countries are left with in order to support their families and keep their children alive.

We must help them find another way.

To support ActionAid’s work in East Africa or find out more information, visit their website here.