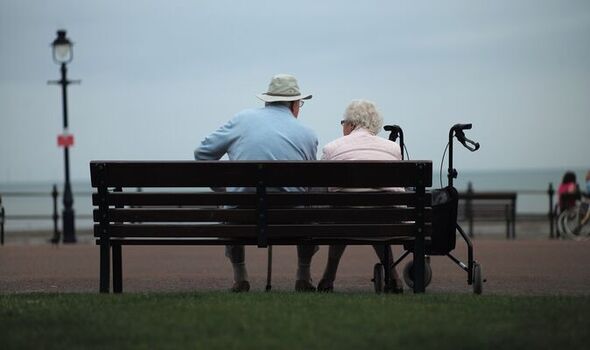 Two-thirds of people in their 60s are more likely to cut their hours than quit the workplace entirely. This compares to just over half (56 percent) of those who retired in 2021 and a third (34 percent) of 2020 retirees. And the cost of living may prove to be a key factor, with 31 percent citing needing money as the reason to keep on working, according to 2,000 people who retired last year or who are likely to in 2022. A quarter plan to go part-time with either the same job or a new occupation in line with the “flexi-retirement” trend, say researchers for pension specialists abrdn.

One in six aims to continue to work for an own business and 12 percent want to start one.

Colin Dyer, of abrdn financial planning, said: “Gone are the days when everyone had a set date or a set age from which they’ll never work again. The emerging trend for flexi-retirement for financial reasons, or just to keep busy, is here to stay. The Class of 2022 are challenging the norms and doing what works for them.

“Hearing why retirees are choosing to work underlines how sensitive plans can be to external issues, such as the surge in the cost of living or the pandemic.”

Soaring energy bills and the highest inflation in 30 years are primary factors in the decision to keep on earning.As many as 27 percent of those surveyed admitted not knowing how best to mitigate the impact on their pensions.

For one in five the main source of retirement income is the state pension which is struggling to keep pace with inflation. Only a quarter of this year’s retirees feel very confident they have saved enough to fund their retirement – compared to 30 percent of the Class of 2021.

Helen Morrissey, senior pensions and retirement analyst at Hargreaves Lansdown, said: “While many leave the workplace because they are ready to stop, there is a large proportion of older people who are willing and able to keep going as long as appropriate opportunities can be found.

“Older workers will also benefit from the extra income and pension contributions that will really boost their financial resilience.”

Of those people who retired last year, more than half (56 percent) have continued to work, with a third of those either joining or planning to join the gig economy – working for companies such as Deliveroo and Uber.

Eighty-two percent of those polled admitted they had not sought professional advice about their plans to retire.

Also, one in 10 had not spoken to family or friends about his or her intentions.

Mr Dyer added: “Lots of people are not seeking professional help and, with the current pressures, this could put them in an incredibly vulnerable position. More needs to be done to make seeking advice the norm and seeking it earlier to ensure retirees feel confident financially and emotionally.”