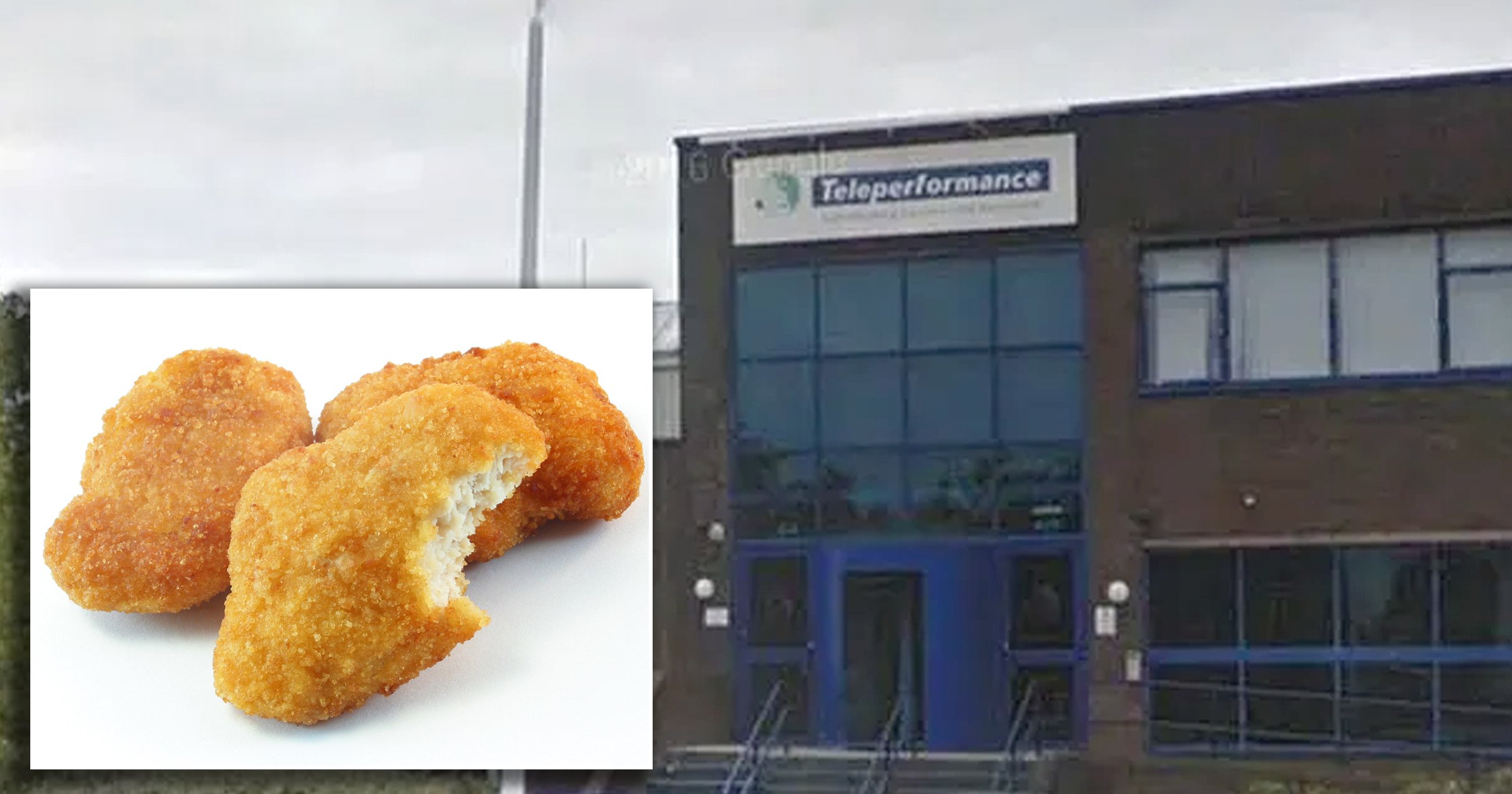 A worker who complained about only being served three chicken nuggets at the staff canteen has received a payout of more than £5,000.

Steven Smith claimed he felt ‘shocked’ and ‘disillusioned’ when he was handed the £1.99 portion and ‘antagonised’ when told it would cost him 99p for extra.

The then-30-year-old employee told a canteen employee ‘if I wanted a happy meal I would go to McDonalds’ before pushing the meal back towards her and storming out.

The incident left the woman behind the counter ‘almost afraid to come into work’ and Mr Smith was later sacked for gross misconduct after the company found he ‘acted violently’.

But a tribunal has now found his dismissal was unfair because company bosses did not investigate the matter properly.

Mr Smith had worked in human resources for Scotland-based Teleperformance Limited since November 2016.

The lunchtime run-in happened in September 2019 when Mr Smith asked ‘is that it?’ after ordering chicken nuggets, chips, beans and cheese.

The shocked canteen server said: ‘I knew he was angry by his attitude and by his tone and language changed. He was not shouting but he was louder than he had previously been.’

She complained and Mr Smith was hauled into a disciplinary meeting for his ‘unreasonable’ behaviour and was accused of ‘assaulting’ the canteen worker.

Mr Smith told the hearing: ‘Due to the disillusion of what was presented before me in the white box at which the food was presented in and the sheer shock of what I was presented, I showed nothing more than dissatisfaction at which said canteen lady should have offered to raise a complaint.

‘However, she did not do this and instead antagonised me by stating if I wanted more I would be charged an extra £1 for 3 chicken nuggets. Due to further shock and dissatisfaction I advised if I wanted a happy meal I would go to McDonalds.

‘I said the meal was supposed to be subsidised – not the portion size.

‘However instead we are in this situation where I am being falsely accused, all because I have somehow offended this woman of which was not the intent as I showed dissatisfaction at which was present to me not by whom it was presented.’

Mr Smith also explained he was on medication and had been working overtime for almost 12 hours.

Another disciplinary hearing was held in October 2019 and he was sacked that month but later appealed the decision and accused the company of a ‘vendetta’.

Now a tribunal has found the company’s investigation was flawed and noted his reddened face was caused by a medical condition rather than anger.

Employment judge David Hoey said: ‘The sarcastic remark about a happy meal is not by itself abusive nor rude. For some the comment may have been positive depending upon their food preferences. For others it may have been negative.

‘The investigation that was carried out was one that no employer acting fairly and reasonably on the facts of this case would have carried out.’