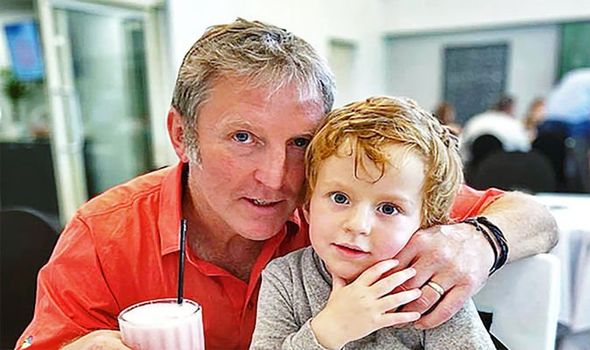 The Everton and Rangers defender is appealing for a stem cell donor to save the four-year-old.

Jack was diagnosed with juvenile myelomonocytic leukaemia last year. He began to recover after a transplant from brother Oliver but has relapsed and needs a fresh donor urgently.

Gary, 58, said: “This is the worst possible news. It really is a race against time.”

The star, who won several trophies, now lives in Australia with wife Louise and children. He is being supported by his former Goodison Park club.

Gary said on the Everton website that Jack had been “doing so well. The search is back on for a stem cell donor. They used his brother Oliver the first time around but we’ve been told that can’t be an option this time.” He added: “Jack will be set up for a second transplant. Whether that’s sooner or later, it’s up to genetics and how well he is.”

Everton and city rivals Liverpool have encouraged fans to register as potential donors. The more who sign up, the greater the chances of finding a lifesaver. Gary played 46 times for the Three Lions including in the World Cup quarter-final where Argentina and Maradona’s Hand of God goal knocked out England in 1986.

He said of the process for finding donors: “It’s a very simple test, it’s a swab in the mouth. It’s not like you have to get an injection or anything like that. There’s the potential for you to get a call or an email… to say there’s a kid in Australia who is a match, here’s a picture of them. If you’re prepared to give, then that could be lifesaving.

“It might come too late for us but you never know. If they can extend Jack’s process with chemotherapy and treatment, it might be three or four months before we get to a point where he’s ready for a transplant.

“In that time, a lot of potential donors can come to the fore.”

Rockingham City Football Club, near Perth – where Gary coaches – is organising a fundraiser to support the family as they prepare to restart Jack’s treatment. It has raised £6,000.