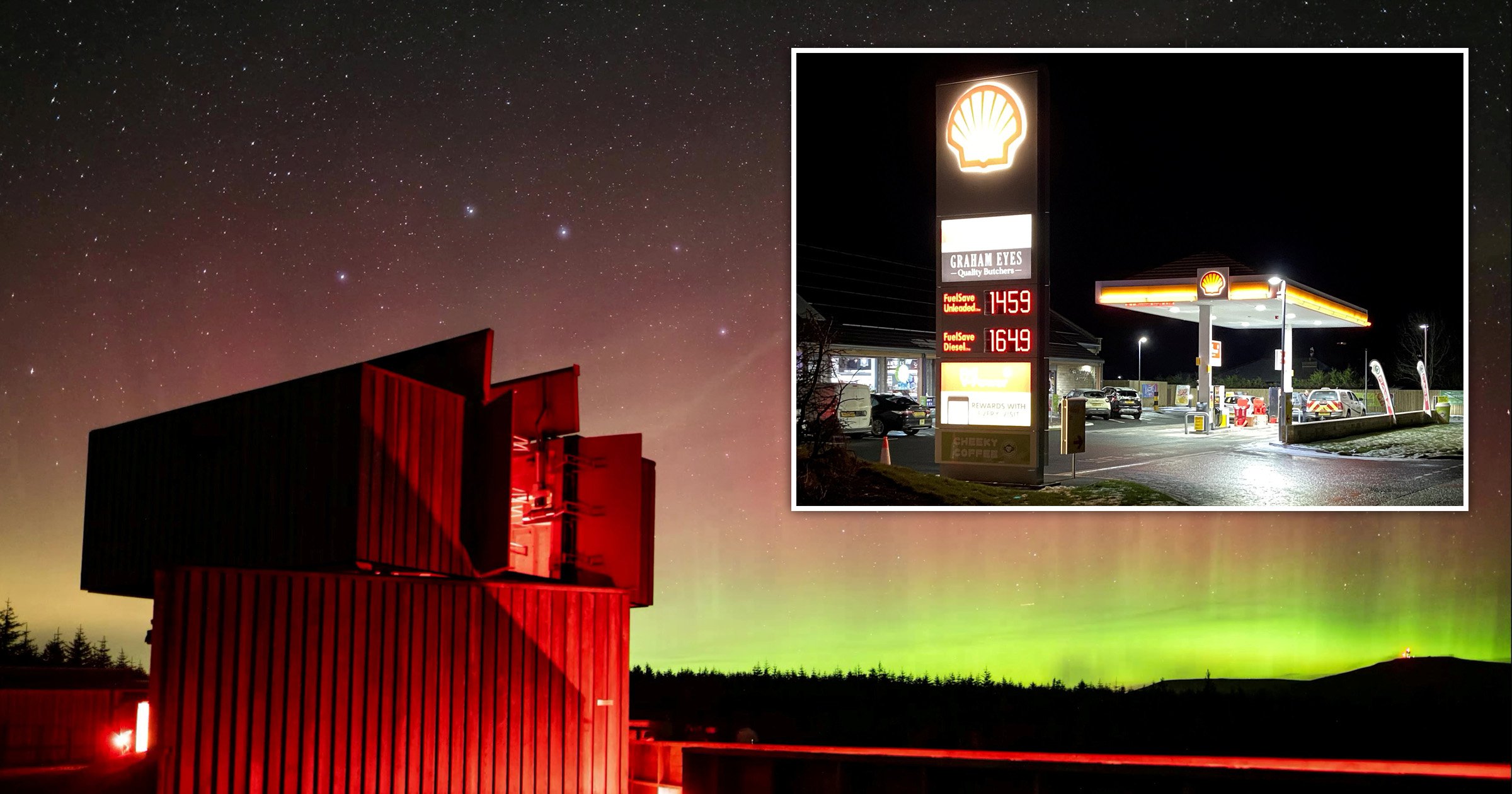 Furious star-gazers have blasted the opening of a new Shell service station in a tiny village which is famed for its breath-taking views of the night sky.

Residents in Thropton, Northumberland, claim their world-famous views are being ruined by ‘blatant light pollution’ from the nearby fuel station, and are calling for it to be shut down.

Thropton sits on the edge of the Northumberland National Park, which was named one of the world’s best places to gaze at the stars.

The service station, which includes a Spar, a butchers, a hot food counter and deli, opened in the village – which has just 458 residents – in November.

Several residents are now calling for the petrol station to either close at night or shut down permanently in order to maintain the area’s natural beauty, amid fears it could drive star-watching tourists away.

One said: ‘We are fortunate to live in one of the most unspoilt areas of Northumberland yet they slap a big service station in the middle of us.

‘There is blatant light pollution seeping into the night sky. This corner of Northumberland is world famous for its dark skies.

‘It’s a real shame this accolade wasn’t considered when this came before the planners.

Another local said: ‘The village is three miles away from Rothbury which has 2,000 residents but that doesn’t have a petrol station.

‘Why didn’t they put it there and leave our dark skies alone?

‘We have several pubs and guest houses in the village which rely on people coming to enjoy the night sky.

‘Without that tourism, particularly in winter when the skies are at their most dramatic, many businesses will struggle.’

The county of Northumberland was awarded Gold Tier status in 2013 by the International Dark Sky Association for its pristine dark skies, placing it alongside Death Valley in America.

Between November to February thousands of people flock to the area to enjoy the Northern Lights, also known as Aurora Borealis, which is sometimes visible over the county.

Local councillor Steven Bridgett, who represents Thropton, said: ‘A complaint has been made to Northumberland County Council by a parish council that neighbours Thropton regarding the lighting.

‘What I will say is that the lighting scheme that is currently in place is very different from what was originally proposed and a lot more conservative (than was previously proposed).’

Scientists have recently said light pollution has eroded star visibility around the world over the past decade.

Dr Christopher Kyba, of the the German Research Centre for Geosciences, said: ‘To put this in perspective, a child born in an area where 250 stars were visible would likely see fewer than 100 in the same location 18 years later.’

A Shell spokesperson said: ‘The site mentioned is a dealer owned site and they are aware of the complaint regarding lighting coming from this service station.

‘We are aware of the area being gold-tier for star-gazing, and are currently exploring suitable solutions to dim the lighting to address this concern.’