This weekend marks the anniversary of the Normandy landings, commonly referred to as D-Day, which saw the Allies launch the largest invasion in history across the Channel. It marked the start of Allied operations which would ultimately liberate Western Europe, defeat Nazi Germany and end World War 2. And, incredibly, two wrecks that sit in Poole Harbour as breakwaters today have been identified by historian Stephen Fisher as landing crafts used during the operation.

Historian Dan Snow told Express.co.uk: “The discovery and identification of these wrecks is a triumph of historical research and a good dose of luck.

“Stephen Fisher has scoured the archives for any aerial pictures of this area and found a postcard from the Fifties showing the D-Day landing craft in position as a breakwater.

“It shows just how many landing crafts were left over after the war.

“They were sold as scrap or to be used as jetties or breakwaters.” 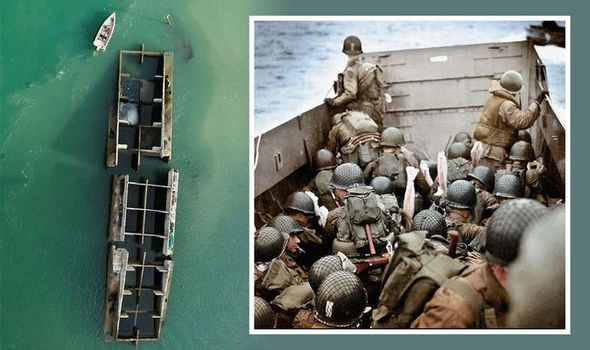 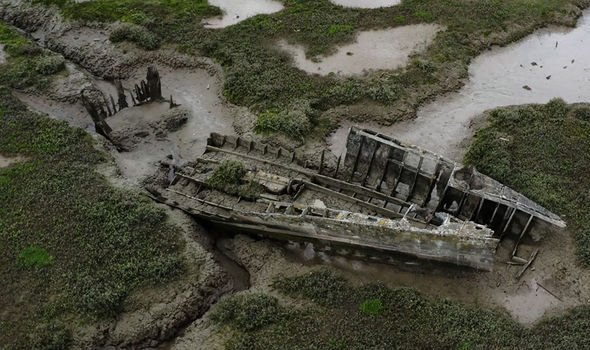 Mr Snow, who is also the founder of online channel History Hit, detailed how the mystery unravelled.

He added: “Despite all his research, there was still a question as to exactly which vessels were the ones whose wrecks now lay on the bed of Poole Harbour.

“The breakthrough came when Stephen stumbled across an out of print, privately published memoir in a second-hand book shop.

“It was written by a veteran called John Baker. He served on LCT 940, a landing craft with carried tanks to the Normandy beaches on D-Day.

“In this memoir, he reports on the last page that he has heard that his landing craft is now a breakwater in Poole Harbour. 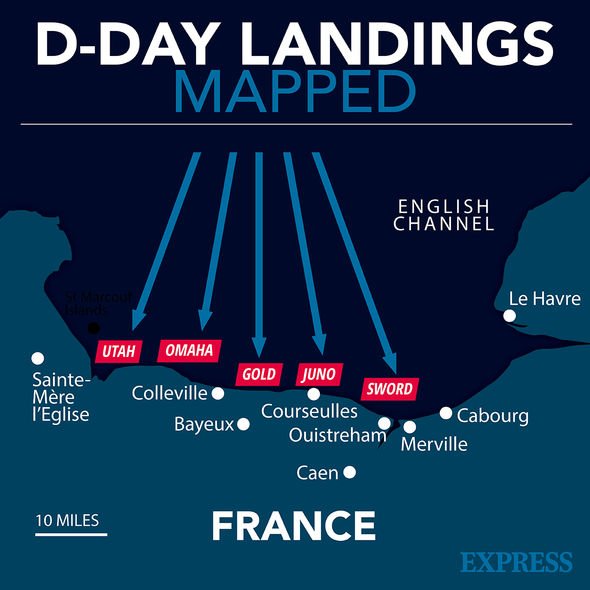 “Movingly, the last sentence of the book says, ‘I hope my book does justice to her life and will keep her memory alive for a few more years’.”

At the start of the war, the Royal Navy had no means of speedily delivering the increasingly large fighting vehicles of the era onto beaches.

The failures of the Gallipoli campaign in World War 1 had not been forgotten and none other than former Prime Minister Winston Churchill demanded the Admiralty develop a larger and more capable landing craft. 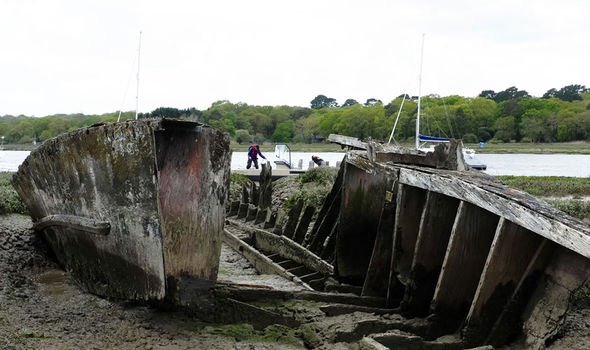 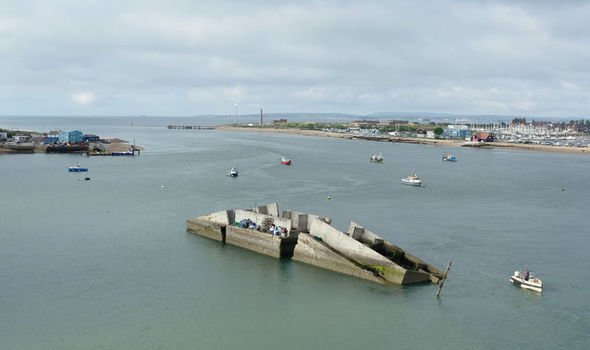 Several further iterations appeared, growing in size until it reached 187 feet long, with a beam of 38 feet.

Mr Snow was delighted that the book helped play such an important role in preserving history.

He added: “A rotting wreck, ignored for decades, now has its wartime identity restored, thanks to his book.”

The breakthrough will feature in the new History Hit documentary ‘D-Day: Secrets of the Solent,’ available to watch from June 4.